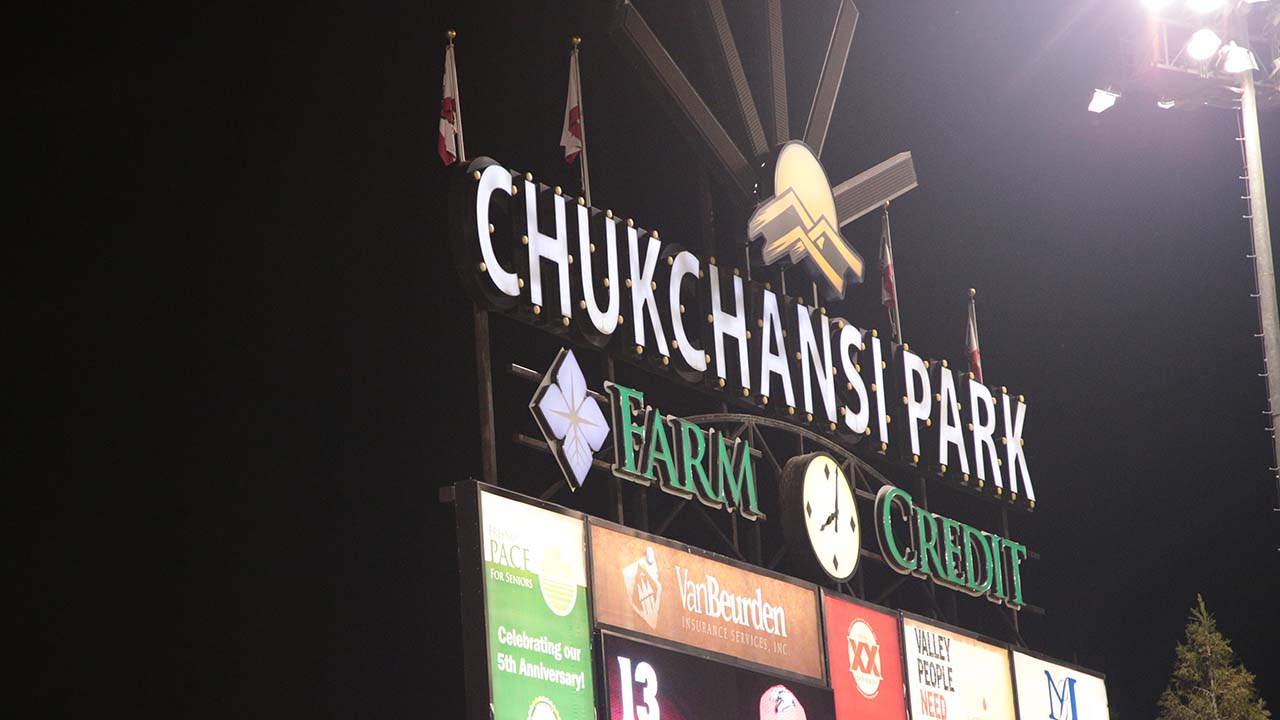 Fresno's downtown ballpark has been known as Chukchansi Park since 2006. (GV Wire/Jahz Tello)
Share with friends

Chukchansi Park will remain the name of the Fresno Grizzlies’ stadium for another 10 years, the tribe and team announced on Monday.

The 10-year deal extends the original 15-year arrangement agreed to in 2006. That deal was worth $1 million a year, a high price for a minor league naming deal.

Financial details were not released for the renewal. city spokeswoman Sontaya Rose said the city is “not receiving any proceeds.”

When the Grizzlies renegotiated their stadium lease last year, it called for the city to receive 15% of the value for naming rights above $650,000 with a 2% increase each year.

Based on Rose’s statement, the deal is apparently below the $650,000 threshold.

The team would not discuss financials, either.

“This agreement has been a win-win for our city and our residents for the past 15 years. The baseball games played at Chukchansi Park have provided boundless entertainment and have also opened the door for Fresno residents to learn about and share in the Tribe’s cultural traditions,” Mayor Jerry Dyer said.

“This agreement has provided tremendous value to our Tribe over the years and has supported the economic growth of the region,” Joshua Herr, Chukchansi Tribal Council vice chair said in a news release.

Officially, the deal is with Chukchansi Economic Development Authority, the business arm of the Picayune Rancheria of Chukchansi Indians, based in Oakhurst.

Grizzlies president Derek Franks thanked the tribe for their investment.

The Grizzlies have called Chukchansi Park (Grizzlies Stadium in its former incarnation) their home since 2002. The team said they will reveal special 20 year anniversary logos and stadium upgrades soon.

The team was Triple-A — the highest level of minor league baseball — from its inaugural year in 1998 through 2020. The pandemic canceled the 2020 season and Major League Baseball drastically restructured the minor league system in the interim.

Among those changes was a contraction to 40 minor league teams, and a change of classification for several teams. The Grizzlies were moved to Single-A, joining teams playing in what was formerly known as the California League.

The Grizzlies also entered a 10-year affiliation deal with the Colorado Rockies. Fresno won the northern division in its first Low-A West season before falling to San Jose in the league championship.

MLB played hardball with the city over the Grizzlies’ demotion, at one point offering a take it or leave it deal. The city renegotiated its lease with the team, substantially reducing the rent (from $500,000 to $100,000 per season), but gaining several revenue sharing concessions.

The city still pays $3.1 million a year to pay down the debt on the bond used to finance the stadium

Newsom Offers $100K in Rewards in Fresno and Visalia Murders