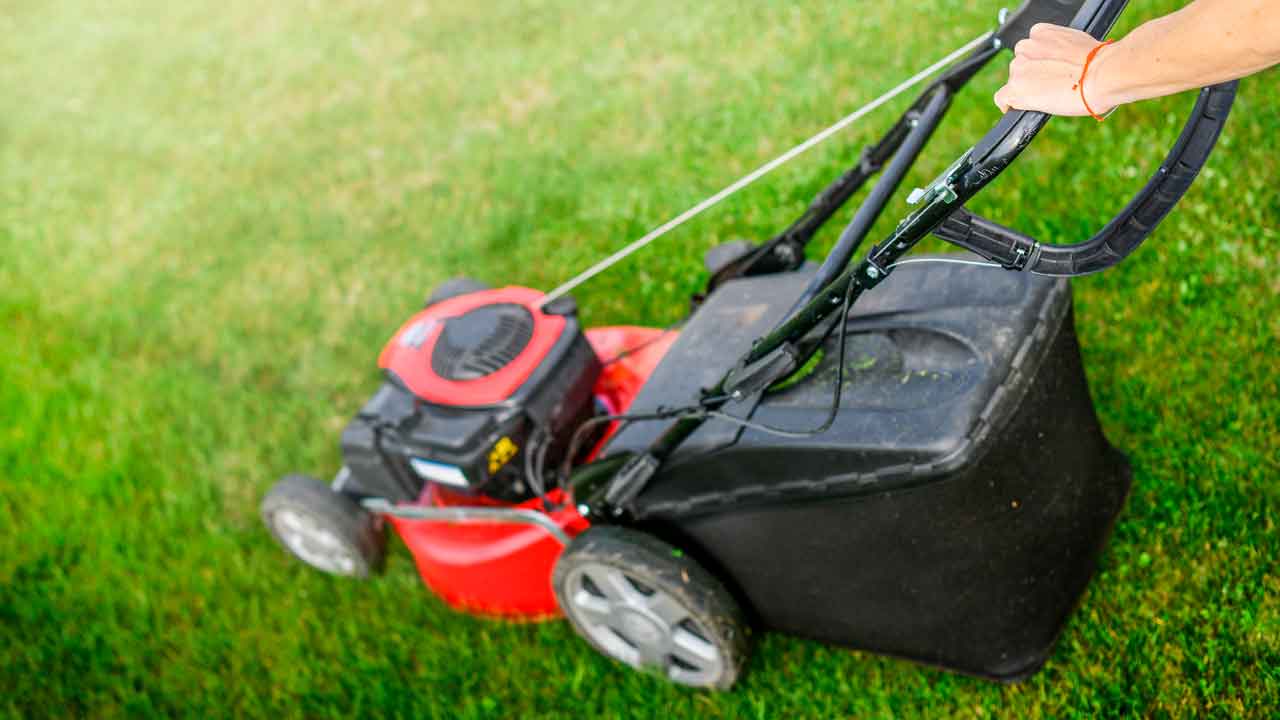 The California Air Resources Board on Thursday agreed to ban the future sale of new products run by small gas-powered engines, including lawn mowers and leaf blowers by 2024.  And forget speeding tickets — California truck drivers will soon have to watch out for pollution tickets, as well.

And, further down the road, regulators plan to ban the sale of all new gas-powered cars by 2035.

Trucks Must be Tested 4 Times a Year

The State regulators’ action cracks down on heavy duty trucks weighing more than 14,000 pounds — those big semi-trailers that make up just 3% of all vehicles in California but spend so much time on the road they account for more than half of all pollution from cars and trucks each year.

New rules will require these big trucks, including ones from other states passing through California — to be tested at least four times per year to make sure they meet the state’s standards for particulate matter and ozone pollution.

To enforce the rules, state officials say they will install roadside monitoring devices to catch trucks that pollute too much. Automated license plate readers would help authorities identify offenders, who could be cited if they refuse to make repairs.

The state has two of these unattended monitoring devices in place and plans to install more. The devices resemble toll booths and capture a sample of the truck’s exhaust as it passes through without stopping.

Environmental advocates said the rule — mandated by a 2019 law authored by state Sen. Connie Leyva — is the most significant action in a dozen years to clean up California’s air, which consistently ranks among the dirtiest in the country. State officials estimate the rules will prevent more than 7,000 premature deaths because of respiratory illnesses by 2050, avoiding more than $75 billion in health care costs.

“(The rules) have some significance for climate, but what we’re really talking about here is the smog and the particulate matter that is making people sick and killing people,” said Bill Magavern, policy director for the Coalition for Clean Air, a statewide advocacy group.

The proposal is one of a flurry of forthcoming changes that could dramatically reshape consumer and industry behavior in the nation’s most populous state that, were it an independent country, would have the world’s fifth-largest economy.

While the new smog check rules for big trucks will have the largest impact on air quality — preventing more than 680,000 tons of smog by 2050 — banning the sale of new gas-powered lawn equipment will be the rule consumers notice the most.

Car engines have advanced over the years to pollute less. But the small engines that power most lawn equipment haven’t made as much progress. State regulators say the amount of pollution that comes from running a gas-powered leaf blower for one hour is comparable to driving a gas-powered car about 1,100 miles — or roughly the distance between Los Angeles and Denver.

“Nobody will have to give up or stop using equipment they already own. The force of this regulation falls on manufacturers,” Berman said.

The rules will have the biggest impact on professional landscapers, who rely on gas-powered equipment to do multiple jobs per day. California lawmakers included $30 million in the most recent state budget to assist these companies converting to battery-powered equipment. But on Thursday, some landscapers testified that equipment would not be as reliable.

Trucking companies and small engine manufacturers have mostly complained about how fast these new standards would imposed. Both the smog check rules for trucks and the ban on the sale of new gas-powered lawn equipment would be fully implemented by 2024, while a similar ban sales of new gas-powered generators would take effect in 2028.

Some trucking industry representatives on Thursday urged regulators to first test the rule with a pilot program before implementing it statewide. Parts truckers need to comply with these rules are becoming harder and more expensive to find, raising fears it could force some trucks off the road while waiting for repairs and could worsen supply chain problems that have hobbled businesses and frustrated consumers.

Chris Shimoda, senior vice president for government affairs with the California Trucking Association, said one sensor truckers often need normally costs around $300 now can cost $7,000 or more. But the new rules do allow for extensions for people who have trouble getting parts.

“We just want to make sure that, again, anybody experiencing those sort of issues is not left high and dry,” Shimoda said.

Jeff Coad, vice president for marketing and product management for the small engine manufacturer Briggs & Stratton, said the company is ambivalent about how their products are powered but said it won’t have enough time to fully comply.

“Converting a product such as a large zero turn mower from gas to lithium battery power is not just a matter of replacing the engine with the battery,” he said, adding the development time can take up to two years.

Liane Randolph, chair of the California Air Resources Board, said the state is sensitive to those concerns, adding that regulators do a careful analysis of both the costs and the health benefits of any proposed rule.

“These regulations result in less trips to the emergency room, less long term health impacts, and, frankly, less medical costs for the community,” she said.

Thieves in BMWs Take 40 Guns in Late-Night Smash-and-Grab in L.A.