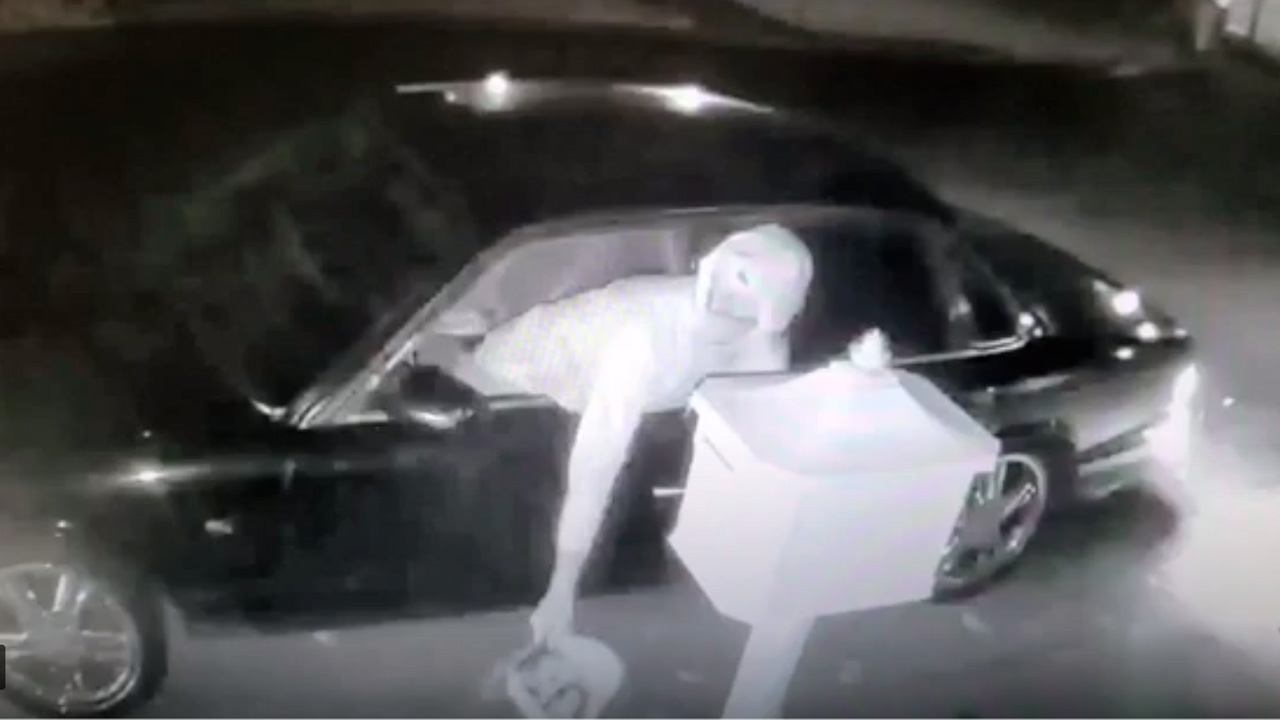 Two suspects in a Jaguar were arrested Monday night in northwest Fresno after a string of neighborhood mail thefts. (Fresno County Sheriff's Office)
Share with friends

Two suspects were arrested Monday night in Fresno in connection with a string of mail thefts plaguing a neighborhood near Bullard and Van Ness avenues.

The suspects were caught by Fresno County Sheriff deputies after residents reported that a thief in a Jaguar was pulling up to curbside mailboxes and stealing letters and packages. At least one of the thefts was captured on a home surveillance camera.

Several neighbors, who witnessed the apprehension, reported on the online Nextdoor platform they saw envelopes stacked on the trunk of the Jaguar as the suspects were being arrested.

Sheriff’s spokesman Tony Botti identified the suspects as Corey Goodwin, 39, and Jessica Macumba, 27, both from Fresno.

Botti confirmed that a number of mail items were recovered and the suspects’ vehicle was impounded.

After being booked into the Fresno County jail on felony identity theft charges, both suspects were released. Macumba qualified under an emergency $0 bail order that remains in effect in Fresno County. Goodwin was released early Tuesday on $5,000 bail.

“I hate to say it, but these crooks could be back cruising your neighborhood, so please call law enforcement if you see anything suspicious,” said Botti. “Goodwin is a prolific identity thief with several arrests in the past.”

To Report a Tip

Botti urged anyone with photos or videos related to the recent thefts to contact detective Rudy Tafoya. Case numbers are #21-0014086A for Goodwin and #21-14086 for Macumba.

The Sheriff’s office shares tips on how to prevent residential theft on their website.

“With it being the holiday season, people need to be more vigilant than ever to protect themselves,” said Botti.