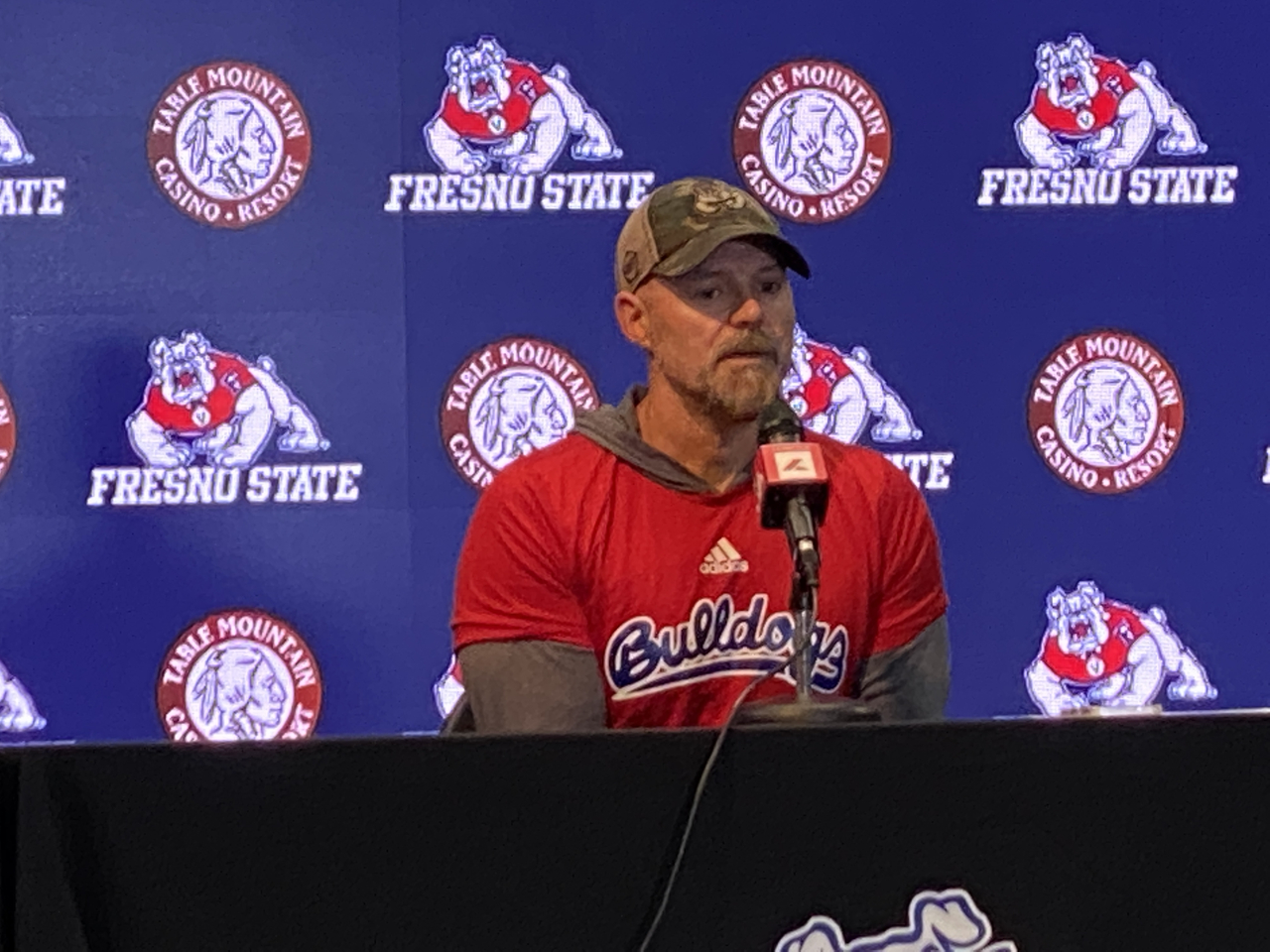 As Fresno State football begins preparations for the New Mexico Bowl on Dec. 18, it will  do so without offensive coordinator Ryan Grubb.

Grubb announced on Twitter what the rumors speculated for the last week — he is following head coach Kalen DeBoer to Washington as the Huskies’ offensive coordinator.

“I am humbled by the love and support of these players … they have been amazing. This program and town have a resilience and toughness that can only be experienced from within,” Grubb posted on Twitter.

When DeBoer announced his departure last week, the school named running backs coach Lee Marks the interim head coach. He will lead the team into Albuquerque against UTEP.

“We’re excited and our teams fired up and we’re getting ready,” Marks said at a Monday news conference.

Marks, in his second year with Fresno State, said he’s concentrating on forming a game plan against UTEP. He also said he wanted to be a head coach.

“I would love to be a head coach … to be honest with you right now. I’m just excited for the opportunity to lead these young men right now and help get our football team ready to play in this bowl game.”

“As far as any future conversations going on with here or with any other team — right now, I’m not really focused on that at all, to be honest with you, because this university needs me, and our staff needs me, and really, we need each other to get ready for this game,” Marks said.

Marks would not say whether he formally applied or has been interviewed for the current vacancy. 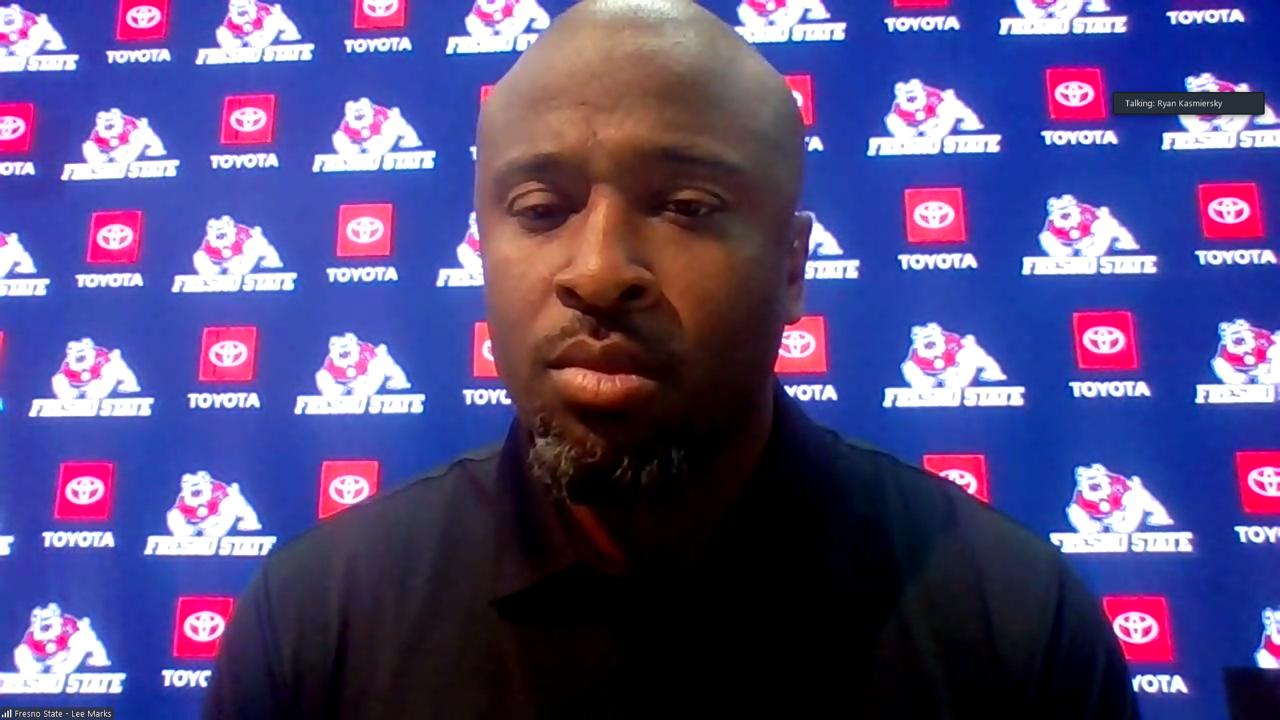 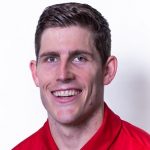 A decision on which quarterback will replace the departed Jake Haener has not been made. The choice is between true freshman Jaylen Henderson and redshirt freshman Logan Fife. Both had scant playing time behind Haener this season.

“We’re going to allow those guys to split the reps and compete and we’ll see who winds up starting in the bowl game,” Marks said.

“We all know Jake Haener … was a great passing QB, but as far as an offensive goes, our identity is what it is. I mean, we’re we’re going to try to be very balanced, continue to be multiple and obviously try to score a ton of points and make sure we take care of the football,” Marks said.

Before the announcement, GV Wire asked Grubb if he would be interested in the Fresno State head coaching position. He declined to answer.

The Iowa native coached five years at Fresno State, three as offensive coordinator. He thanked Jeff Tedford, the coach that hired him.

There were plenty of clues regarding Grubb’s departure. First, he was not named interim coach. Second, the university posted a job announcement for an offensive coordinator. Grubb also removed any Fresno State affiliation from his Twitter account.

William Inge, the team’s defensive coordinator is in a similar position. His name remains on the team website, but a job opening for his position is also posted by the school.

Marks expects Inge to coach the bowl game, with no other changes anticipated.

The Bulldogs and UTEP will meet for the first time since 2004, the last year the Miners were in the WAC (Fresno State left for the Mountain West starting in 2012).

UTEP head coach Dana Dimel is excited that his fan base has an approximate four-hour drive north from El Paso to Albuquerque to attend the game.

“It’s really appealing to us, and that’s a big part of bowls, is getting your fans to enjoy it with you. And we’re hoping to have a great contingent from the UTEP side of things,” Dimel said at a Monday news conference.

“There’s only one other bowl game going on that starts an hour and 15 minutes later than ours. In the NFL, games don’t start until later in the afternoon. And so what a great time slot,” Dimel said.

Dimel commented on the changes for Fresno State at coach and quarterback, noting it is one of the biggest differences in bowl season from when he started coaching 30 years ago.

“Staffs are leaving and coming and this becomes a commonality. And now part of your research is what’s happening with with rosters and coaches. And so that’s a big thing for us and we have to look at the roster changes and that’s kind of been stimulated now by the transfer portal and or more and more guys choosing not to play in bowl games,” Dimel said.

Since the announcement of the bowl, social media posting by the Fresno State fanbase has been somewhat tepid. Dimel says the game is still important for his program.

“I don’t think there’s too many bowl games,” Dimel said. “Sometimes as coaches, we forget that this is all about the players. And so for them to have the opportunity to put in hard work and have a winning season and then get the opportunity to go to a bowl game, I think it’s really important.

“Is there anything better than being home over the holidays and having the opportunity to watch college football?” Dimel said.