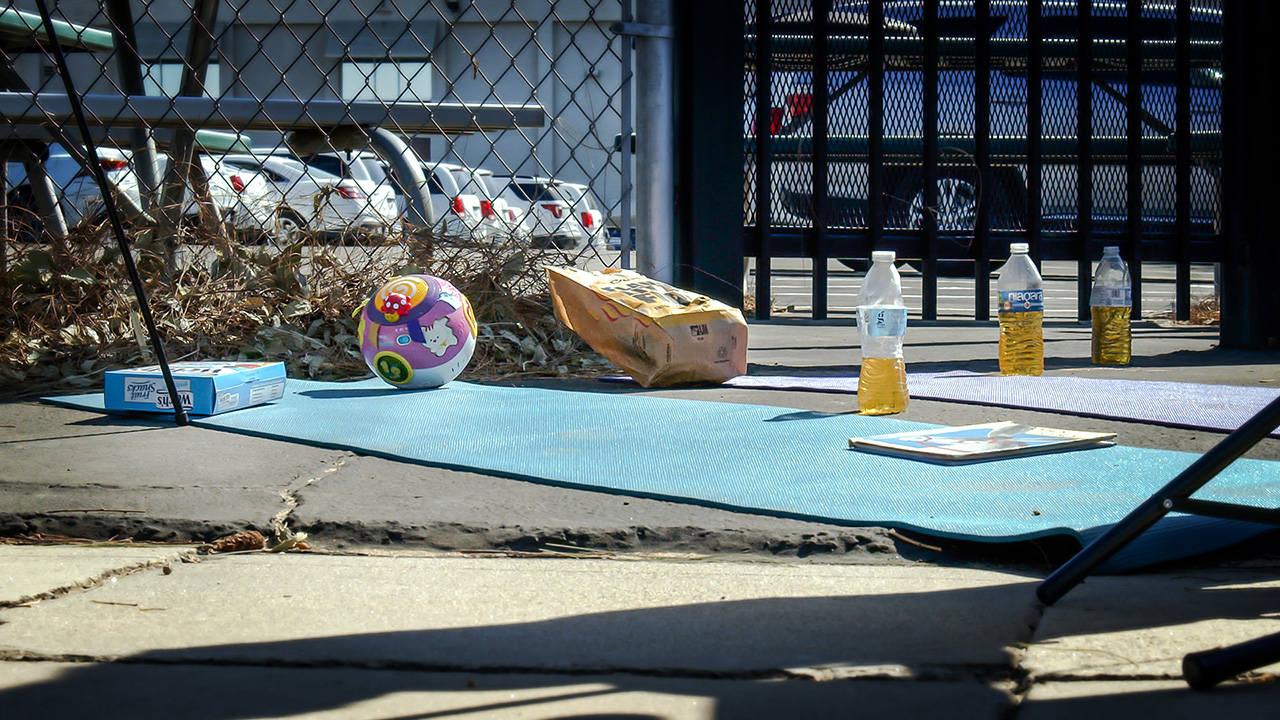 A depiction of conditions for minors in CPS custody in downtown Fresno. Problems continue despite moving youth to the old UMC campus. (GV Wire/Johnny Soto)
Share with friends

In the two months since Fresno County social workers revealed that foster youth were being housed in harsh, unsafe, and unsanitary conditions, it appears there are continuing problems.

Children once staying at the Child Welfare Services Office in downtown Fresno — the main hub for Fresno County’s Child Protective Services — have since moved to a temporary facility — the former University Medical Center campus near the Fresno fairground.

Are conditions any better?

“There is a safety issue,” said one member of the Foster, Adoptive, Kinship Parent Association during a Zoom meeting Wednesday night. “Kids are not being separated, and they are all being placed in one room together — there is no separation between sex, genders, and ages.”

Another attendee said that it has been challenging for the county to separate the minors because staffing is short. Concerns also were raised about potential predatory activities that could result from having kids of all ages and genders mixed together.

“Social workers are working overtime, taking all night shifts and going to work the next morning to work their day shift,” said the member.

Minors will be at the UMC site until the DSS facility opens in Clovis. Fresno County’s Chief Administrative Officer Jean Rousseau previously said that the children and social workers would move in by the end of November.

However, Sonja Dosti, the county’s public information officer, said the Clovis facility is awaiting utility hook-ups and the arrival of furniture and other resources.

“Fresno County is committed to ensuring safe and secure environments for our foster youth,” said Dosti. “To that end, UMC is still temporarily serving youth who may take longer to place while DSS concurrently develops a more intentional, long-term, and home-like solution. When completed, the facilities are designed for the immediate needs of foster youth while a placement is being arranged.”

Social workers on overnight shifts often have to remove a child from their home late into the night or early morning. As late as many of these removals are, social workers are trained to look for instant placement by first tracking down a relative.

When that option fails, the next alternative is seeking a foster family for the child’s placement. Social workers say they spend all night making calls and often times get no answer —  meaning they will have to stay with the child or minor overnight.

However, some foster parents say they have never been contacted by a social worker looking to place a child in the middle of the night.

Discussions but No Immediate Action Planned

In an attempt to fix the problem, Assemblymember Joaquin Arambula held a roundtable discussion about the foster youth crisis last month with county and state leaders.

Some foster parents said they were disheartened by the meeting because they weren’t asked for their input.

They said the meeting quickly turned into a blame game with social workers complaining about their pay.

“That entire meeting had nothing to do with the children,” said one foster parent.

But the roundtable did highlight the fact that the foster youth crisis is statewide.

“Fresno is not alone in this challenge they are facing,” said Christine Stoner-Mertz, CEO of the California Alliance for Child and Family Services. “We’re aware that many counties are struggling to meet the needs of foster youth.

“In spite of our best intentions, we continue to struggle to support some of our existing programs like our short-term residential therapeutic programs and our foster family agencies.”

Related Topics:CPSFeaturedfresno county
Up Next