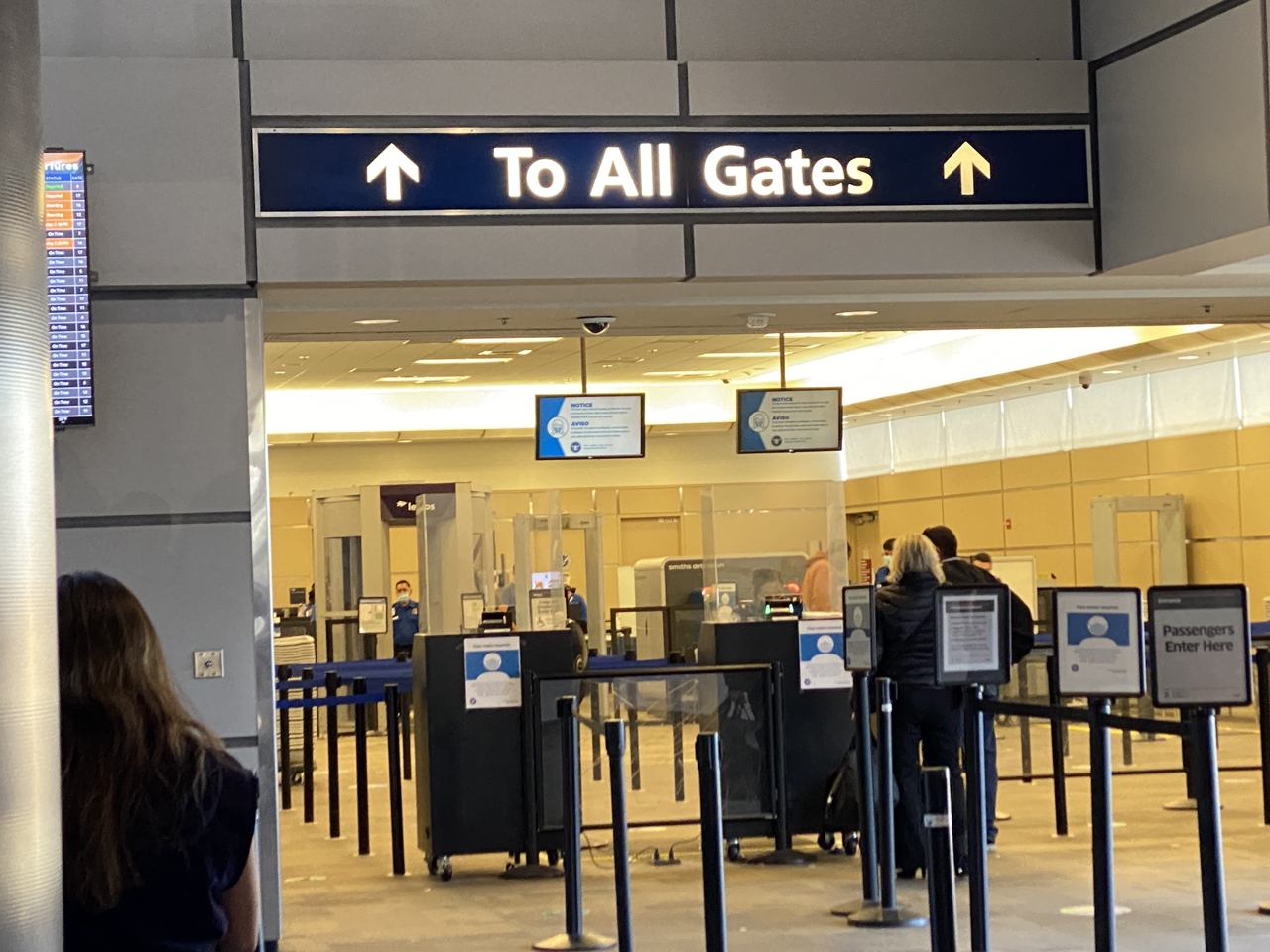 The federal $1 trillion infrastructure law could help Fresno expand its terminal at the airport. (GV Wire/David Taub)
Share with friends

A day before the traditional holiday rush at Fresno Yosemite International airport, traffic in and out of the terminal seemed relatively normal.

Passengers coming and going would periodically hear a recorded announcement from Mayor Jerry Dyer welcoming them to Fresno.

On Tuesday, they could see Dyer in person as well. He and other elected officials gathered for a news conference, discussing how the recently signed federal infrastructure bill will benefit FYI and the city.

“The timing of this infrastructure bill actually could not be better because we are we are ready to grow this airport,” retiring airports director Kevin Meikle said. “We’re about as close to shovel ready as you can get.”

The city just completed a new parking lot garage, now open for travelers. A brand new terminal is next. 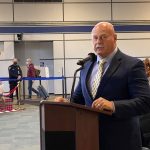 “I’m very, very confident that we’re going to be funded at a very high level for that terminal expansion.” — Fresno Mayor Jerry Dyer

Dyer said 2.6 million travelers are expected this year at FYI. In pre-pandemic times, there were 2 million.

Federal money could help build that terminal — $5 billion is set aside for terminal projects.

“We also have plans on on the horizon for a new terminal right here behind us. We do not have the funding for that yet, but we are very hopeful and optimistic that,” Dyer said.

Meikle said if federal dollars help with the terminal expansion, the city can use its own money for other airport projects.

Dyer said federal projects are granted to those who are ready, first come, first served.

“I’m very, very confident that we’re going to be funded at a very high level for that terminal expansion,” Dyer said. “(Federal and state grants are) looking for things that are well beyond just a vision or a dream. They’re looking for folks that are serious about breaking ground. And we are. We’re serious about expanding our terminal,” Dyer said.

Costa added that President Biden is interested in distributing the money quickly.

Related Story: Zakaria: Spending on Infrastructure Might not be Sexy. But It’s Important.

“Last time I checked, infrastructure is not unique to parties. Both Democrats and Republicans alike travel on our roadways, cross over our bridges, utilize mass transit and breathe the same air,” Dyer said.

While the bill did receive 13 Republican votes in the House of Representatives, none were from California.

“While our nation’s infrastructure is in desperate need of repair, I cannot, in good conscience, vote in favor of any part of this multi-trillion dollar package. Inflation is record-high, consumer prices are rising, and our economy is still recovering from a global pandemic. This could be the largest tax increase and most expensive piece of legislation in American history. The last thing middle class families need is to carry the burden of paying for this magnitude of reckless spending for years to come,” David Valadao, R-Hanford, said in a news release last week.

Costa disagreed. He says the bill is paid for, but did not elaborate. However, the Congressional Budget Office estimated that the bill would add a net of $256 billion to deficits from 2021 to 2031.

Related Story: $1 Trillion Bill Brings Billions to the Valley. What Are the Projects?

As for the inflation argument?