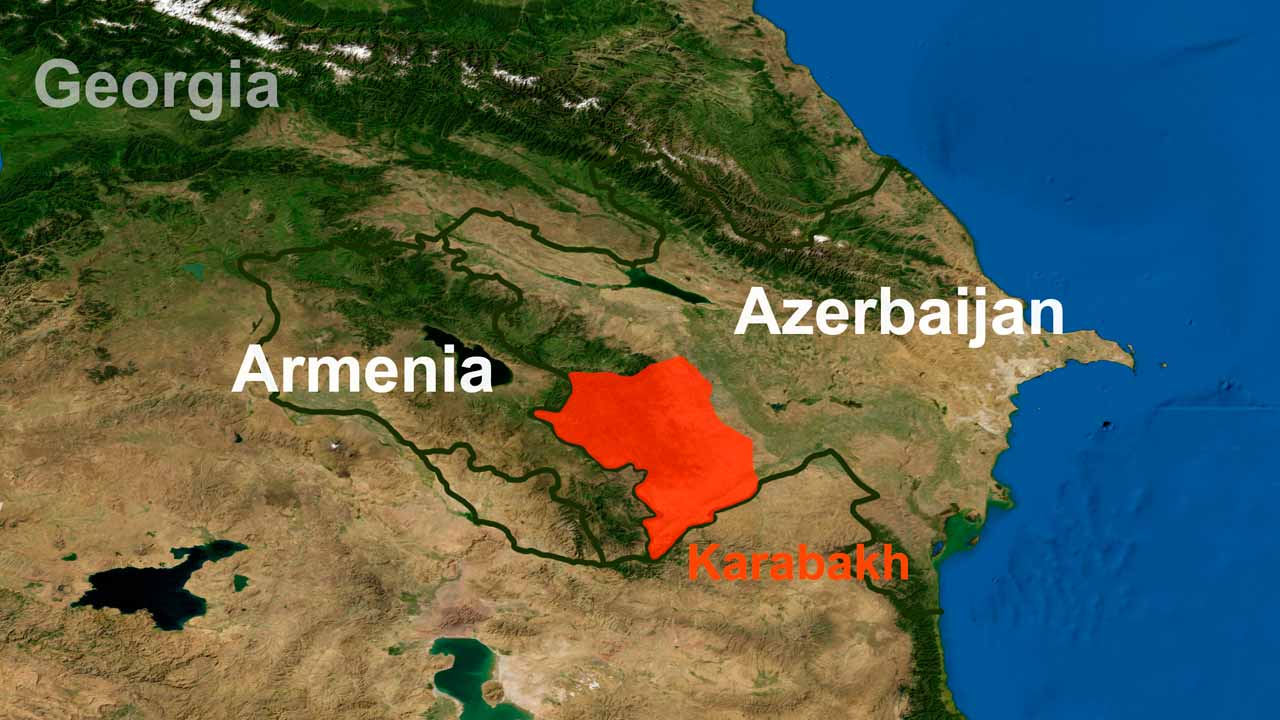 Armenia and Azerbaijan reported renewed military clashes on their shared border Tuesday and blamed each other for starting the renewed conflict. (Shutterstock)
Share with friends

Armenia and Azerbaijan reported military clashes on their shared border Tuesday and blamed each other for starting the conflict amid tensions between the two ex-Soviet nations that have simmered since a six-week war last year over Nagorno-Karabakh.

The Armenian Defense Ministry accused Azerbaijan’s military of opening fire on Armenian positions, killing one person and capturing 12 servicemen. The Azerbaijani government, meanwhile, accused Armenia of a “large-scale provocation” on the border.

Armenian lawmaker Eduard Aghajanyan told reporters that 15 Armenian soldiers were killed in Tuesday’s clash, but so far there has been no official confirmation. The Azerbaijani military said two of its servicemen were wounded.

“The United States is deeply concerned about reports of intensive fighting today between Armenia and Azerbaijan,” Blinken’s statement said. “We urge both sides to take immediate concrete steps to reduce tensions and avoid further escalation.  We also call on the sides to engage directly and constructively to resolve all outstanding issues, including border demarcation.”

Armenia and Azerbaijan have been locked in a decades-old dispute over the separatist region of Nagorno-Karabakh, a region that lies within Azerbaijan but was under the control of ethnic Armenian forces backed by Armenia since a separatist war there ended in 1994.

Moscow brokered a peace deal last November to end six weeks of fighting over the territory, during which more than 6,600 people were killed. The Russia-brokered truce allowed Azerbaijan to reclaim control over large parts of Nagorno-Karabakh and surrounding areas that the Armenia-backed separatists controlled.

Tensions on the two nations’ border have been building since May, when Armenia protested what it described as an incursion by Azerbaijani troops into its territory. Azerbaijan has insisted that its soldiers were deployed to what it considers its territory in areas where the border has yet to be demarcated. Clashes have been reported ever since.

On Monday, Armenian Prime Minister Nikol Pashinyan accused Azerbaijani forces of an incursion into his country’s territory, and reports of fighting, with the use of artillery, followed Tuesday from both countries.

Pashinyan also spoke by phone to Russian President Vladimir Putin about the situation on the border, according to the Kremlin.

At a U.N. Security Council meeting in New York on preventive diplomacy, the Armenian and Azerbaijani ambassadors accused each other of starting Tuesday’s border clashes.

“A strong and unequivocal reaction to Azerbaijan’s illegal actions is critical for preventing further major escalations of the security situation in the region and beyond,” he said.

Margaryan called for urgent steps by “international actors” to prevent further escalation and demanded the “unconditional and complete withdrawal of Azerbaijani armed forces” from Armenian territory.

Azerbaijan’s ambassador, Yashar Aliyev, requested the floor at the end of the meeting Tuesday evening to respond to what he called “the false and potentially misleading statement” by his Armenian counterpart.

He said that “Armenia’s continued territorial claims are the result of irresponsible actions on state level and of dangerous revanchist ideas overtly propagated in Armenia.”

After last year’s war, Aliyev said, Azerbaijan expressed readiness to normalize relations with Armenia, including signing a peace treaty, but “Armenia has failed to reciprocate the peace agenda.”

Nonetheless, Aliyev said, “Azerbaijan is confident there is no alternative to the normalization of relations between the two countries … and is determined to advance the agenda of peacebuilding, reconciliation, peaceful coexistence and development.”