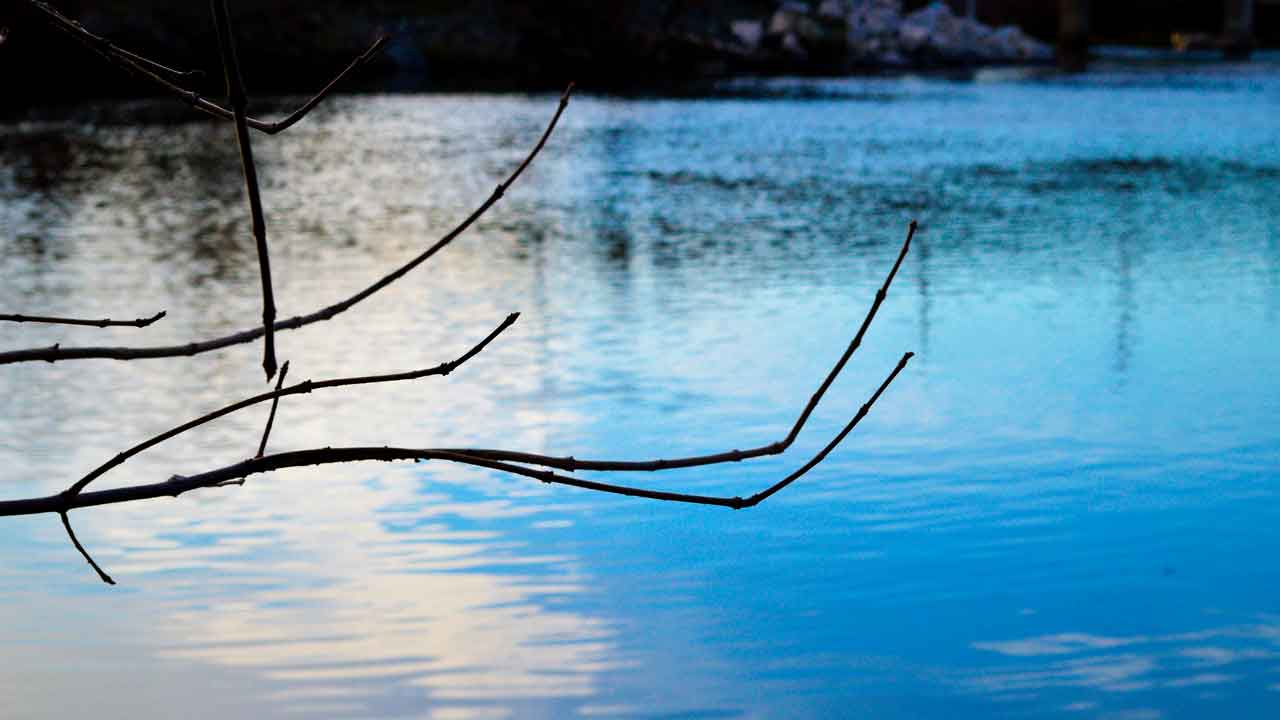 Millerton Lake in Friant is currently at 59% of capacity and 134% of its historic average for this time of year. (Shutterstock)
Share with friends

This week’s big rains in California, while record-breaking in many locations, hasn’t changed the state’s water outlook or ended the drought, experts say.

But the storms have raised the water levels a little at many of California’s vital reservoirs.

Lake Oroville, for example, has risen 31 feet from its record low last week. And, as of 3 p.m. Wednesday, it held nearly 1 million acre-feet of water. The massive State Water Project reservoir now is at 27% of capacity — up from 23% on Saturday.

Lake Shasta, the state’s largest reservoir and part of the Central Valley Project, also is holding about 1 million acre-feet of water. The storm bumped it from 21% of capacity on Saturday to 22% on Tuesday.

Mary Lee Knecht, public affairs director for the Bureau of Reclamation, said Wednesday that “all major Central Valley Project reservoir inflows due to the storm have peaked and are now coming down.”

Why Is Millerton Faring Better Than Other Reservoirs?

Millerton Lake in Friant is an outlier among the state’s reservoirs. It is at 59% of capacity and 134% of its historic average for this time of year.

Knecht explained that Millerton is filling with water releases from power company dams higher up on the San Joaquin River. The reservoir, she said, “has ample room to accommodate additional upstream inflows due to power production and/or future storm events.”

And, she added, “The current storage at Millerton does not represent the conditions of the entire basin or the Central Valley Project, which continues to be impacted by two years of historically dry conditions.” 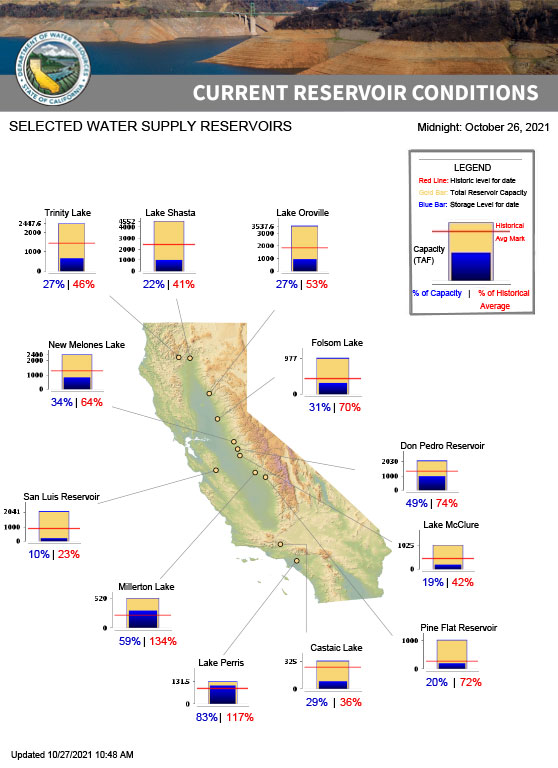 Others also say that many more storms are needed to brighten California’s water picture.

“We are so far in the hole that anything we get is a step in the right direction,” Daniel Hartwig, resource manager for Woolf Farming and president of the Fresno County Farm Bureau, told the website SJV Water. “Hopefully, this is just the first of the many storms that it will take to get our water system refilled and for growers to receive surface water deliveries this year.”

Said state climatologist Michael Anderson in a statement to Associated Press: One storm this early in the water year does not predict the rest of the winter storm season. After this system we see a period of dry conditions return to California.”

The National Oceanic and Atmospheric Administration’s 2021 winter forecast indicates that Central and Southern California are likely to have below-average precipitation. However, the forecast states that Northern California, along with the Pacific Northwest, could see some relief from drought conditions.