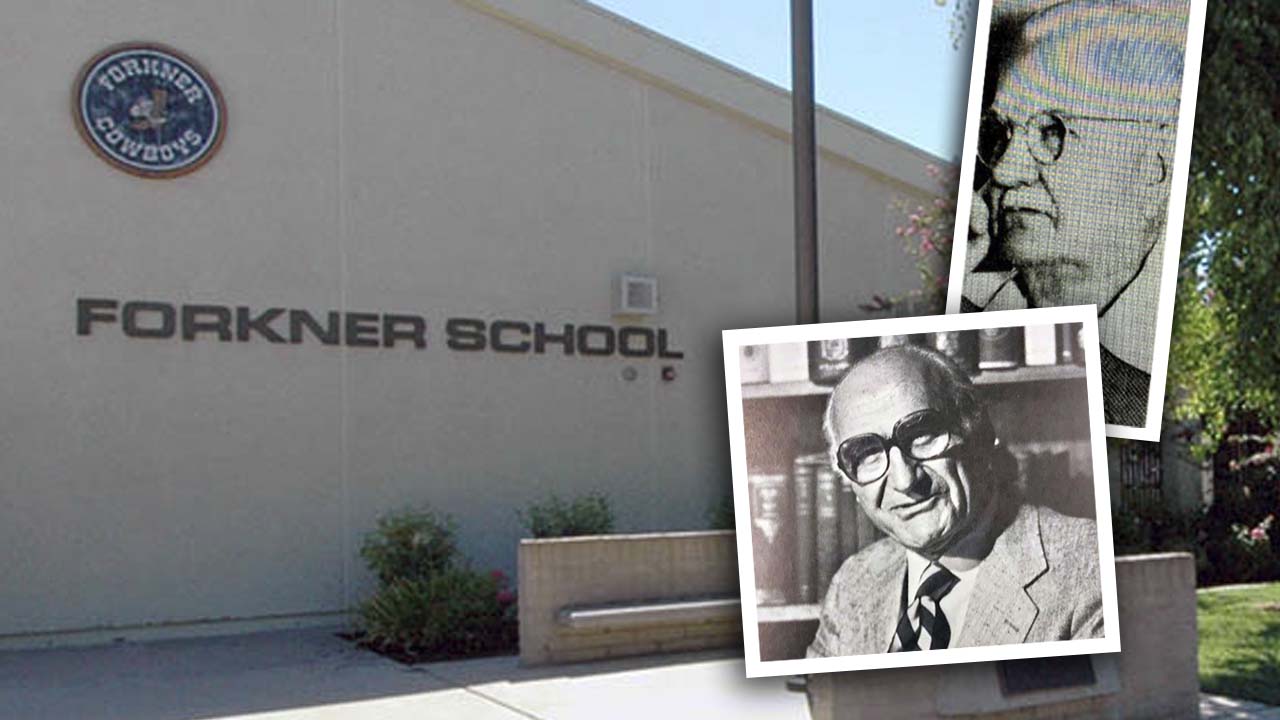 The quest by Fresno’s Armenian community to have a Fresno Unified school named for an Armenian ended Wednesday night when trustees voted unanimously to change the name of Forkner Elementary School to H. Roger Tatarian Elementary.

The board’s vote came after multiple speakers addressed the board on both sides of the issue, with Armenians urging the board to change the school name and members of the Forkner community, including Principal Ryan Duff, imploring the board to maintain the status quo for the northwest Fresno school.

Duff said that students and staff at the school already have had to deal with the impacts of the pandemic, school closures, school reopening, and now are buffeted by the renaming debate.

The vote to rename Forkner, named for Fig Garden developer J.C. Forkner, put trustees in a similar situation as they were a few months ago when they voted to name the new alternative education campus at 10th Street and Ventura Avenue for local philanthropists Francine and Murray Farber instead of Tatarian — pleasing some people but angering others.

On Wednesday night it was the Forkner crowd who angrily shouted as they left the board room after the vote, prompting a Fresno police officer monitoring the meeting to move in among them.

Tatarian was a Fresno native who achieved worldwide fame as editor of United Press International and who, unlike the Farbers, was overwhelmingly supported in a community survey conducted by the district on the 10th and Ventura campus naming.

The Armenian community lobbied to name the campus for Tatarian, noting that it’s in the neighborhood where he grew up and where Armenians lived because they were prevented from buying homes elsewhere in the city.

Even though Armenians make up about 7% of Fresno’s population, the city’s largest school district had no schools named for an Armenian before Wednesday’s renaming vote, which came after a lengthy comment period by community members and trustees.

Author/journalist Mark Arax, who with his cousin researched Forkner’s role in mandating racial segregation in his residential developments, commented somewhat disparagingly to the Forkner audience members, “We’ve been doing this for six months, it’s nice for you to finally show up.”

But Forkner parents responded that no one from the district attempted to hold meetings or otherwise notify parents and alumni that a name change was under consideration.

Community speakers included Fresno County Assessor Paul Dictos who confirmed that the deed covenants Forkner wrote for residential sales kept people of color from making home purchases that would have allowed their families to build equity and wealth. Some of the racially restrictive deeds remained in effect for decades, even as late as the 1980s, Dictos said.

The renaming came close to being delayed when several trustees, after hearing complaints from Forkner community members that the board has not yet established a process for renaming schools, moved to table the decision until after that process has been created.

Wednesday’s agenda also include a proposal to name five trustee-nominated citizens and three district employees to a committee that will recommend how the board should go about renaming facilities in the future. Forkner supporters and several trustees argued that renaming the school before allowing the renaming committee to make its recommendation  was putting “the cart before the horse.”

But in the end, the original motion to replace Forkner’s name with Tatarian’s was voted on and passed unanimously.

The cost to change the school’s name is estimated at about $150,000, primarily for signage.