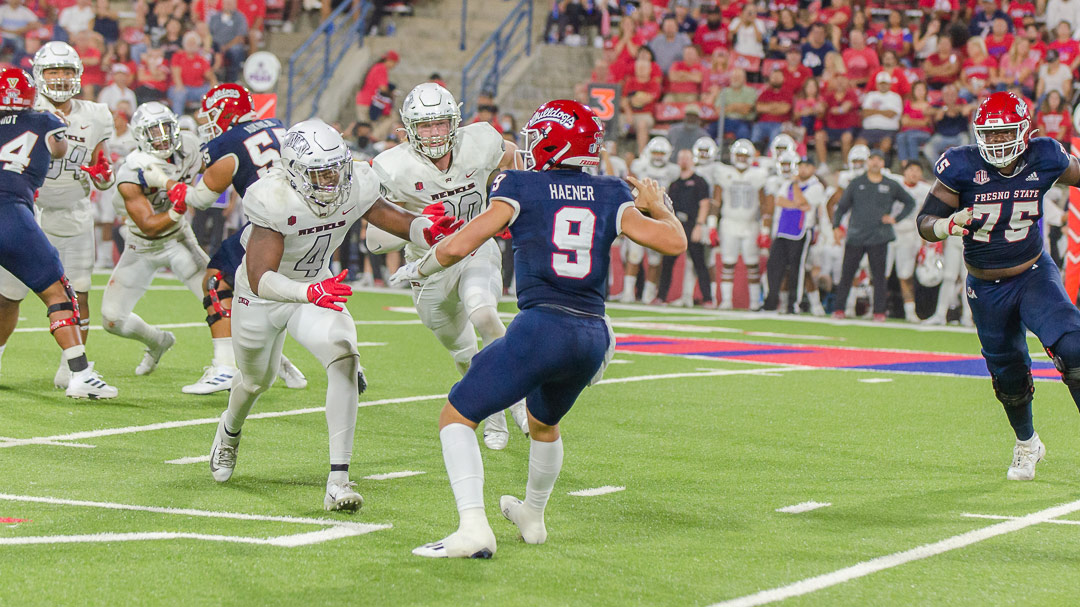 The Davey O’Brien Great 8 list added Haener to its watch list. The award named for O’Brien is given to the top quarterback in the country.

When Florida State’s Jameis Winston ran away with the Heisman Trophy in 2013, Derek Carr ended up eighth in the balloting.

In 2001, David Carr finished fifth in the Heisman voting, which was led by Nebraska’s Eric Crouch.

However, Dilfer and the Carr brothers were recipients of the Sammy Baugh Award, which honored college football’s “most outstanding passer” from 1959 to 2018.

Haener is taking the attention in stride.

“It’s great. I appreciate it and everything. And, you know, we’re winning games. At the end of the day, there are 10 other guys on offense I’ve got to help me do what I’m doing. And I got some pretty good receivers in an offensive line that’s nasty,” Haener said.

Bulldogs Head Coach Kalen DeBoer made the case for his quarterback.

“He’s a leader. He’s won football games in big ways. You know, obviously the stats. Stats or something that really draws your attention to what he’s accomplished already this year,” DeBoer said.

Haener leads the nation in passing yards, with 1,842 — although he’s played one more game than No. 2 Brennan Armstrong of Virginia. Haener also ranks in the top-10 for completions and attempts (ranked second in each), touchdowns (tied for second), completion percentage, and passer rating.

While he appreciates the hype, it means nothing now. Winning is his objective.

“Obviously it’s something you dream about as a kid to be even in that consideration. But you got to do the things that got you here still, even when all the hype is going around,” Haener said.

Haener said he is getting more attention from schoolmates and people around town. 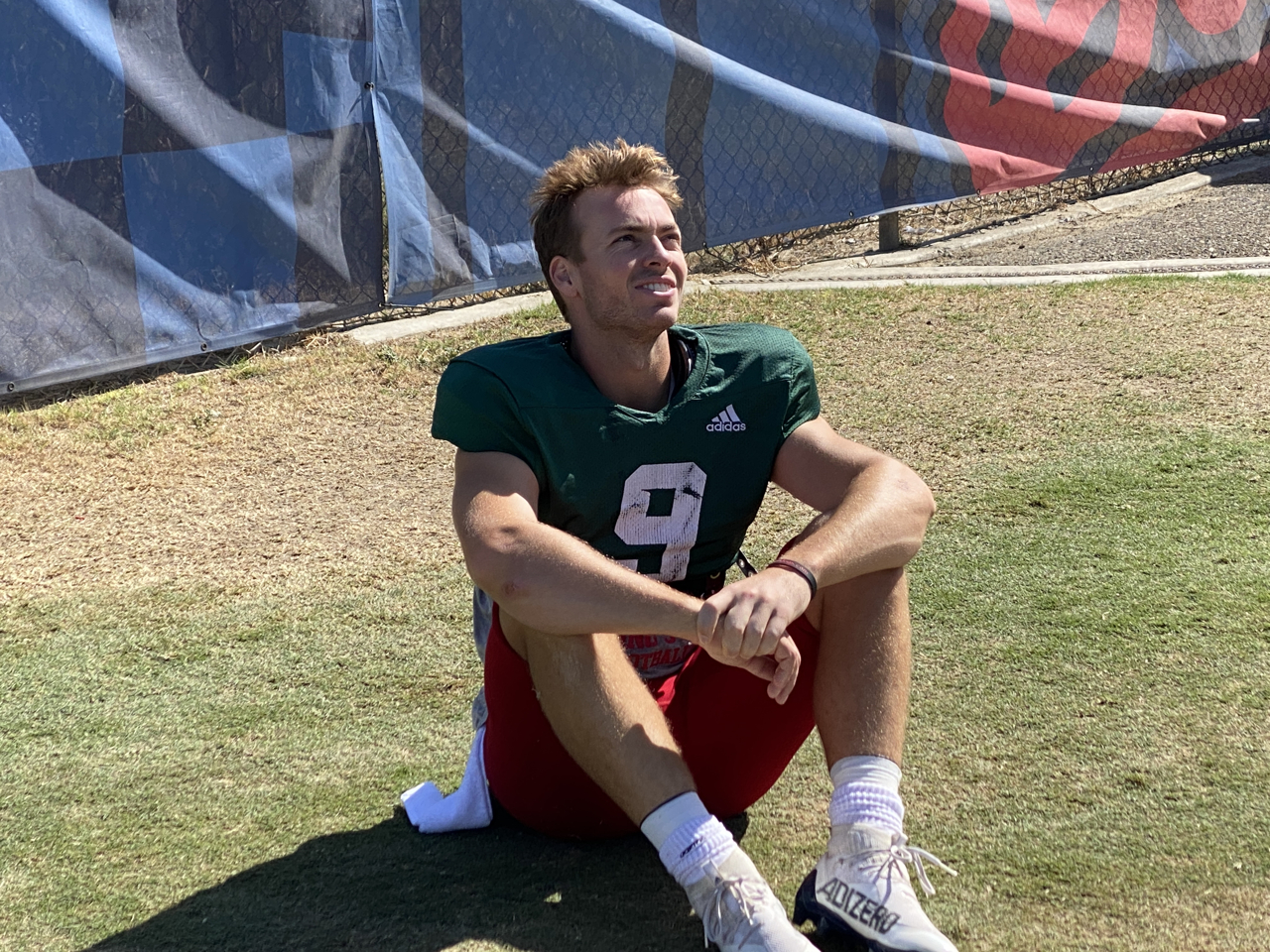 “Being able to have a certain type of chemistry with your quarterback, on and off the field, is obviously going to help you in terms of receptions, yards, touchdown and stuff like that. And just winning games as an offense. We need to put up points. Were able to do that the first five games,” Cropper said.

Haener said connecting with Cropper was hard last year because of COVID.

“I took a lot of time this year, and me and Jalen, really wanted to develop our relationship and just be tighter with one another,” Haener said.

“I don’t doubt it. I told him before the first game, I was like, Jake, you’re going to be on the Heisman list this year. I promise you, you are one heck of a player. He’s smart. He’s very detailed. You know, his mindset is just he wants to win. He wants to be the best to do it. And know we’ve seen this offseason. Now, you guys are able to get a chance to see that,” Cropper said. 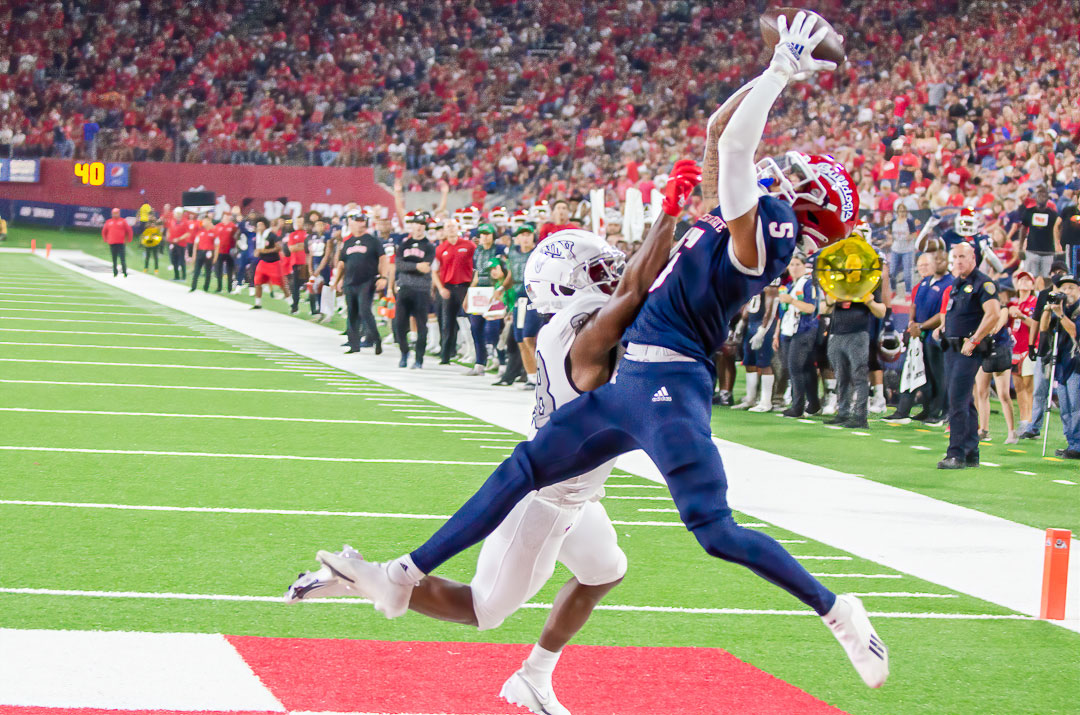 DeBoer smiled when asked to make the pitch for Haener. He heaped praise on his star QB.

“It is kind of crazy to think how just consistently, week in and week out, he’s been overall,” DeBoer said.

“He’s just he just brings it. His preparation, and what he puts into it, are a big reason for his success, not just the talent and the group around him. So as long as he does that and keeps staying the course with his preparation, the sky is the limit for him. More great things are going to happen throughout the year,” DeBoer said.

Fresno State President Saúl Jiménez-Sandoval is thrilled about the positive attention Haener brings to the school.

“It’s an incredible honor. He’s a visionary leader in that he came, he was able to really fit in with the team and then really bring everyone together along with our coach,” Jiménez-Sandoval said.

A successful football team is important for the university as a whole, Jiménez-Sandoval said.

“Athletics is such a crucial part of our brand. It really is the passport of Fresno State to the world. We are known across the country for our athletics and then after that, our academics really shine through as well.

“It’s an incredible opportunity for us to have a great team and to really showcase what the Valley is all about. It is that grit, that resilience, that vision, that coming together as a community and really, not feeling overwhelmed by the odds, but just plowing away and through difficult times of situations and just sticking together.”

Why Is Fresno One of the Nation’s Hottest Housing Markets?