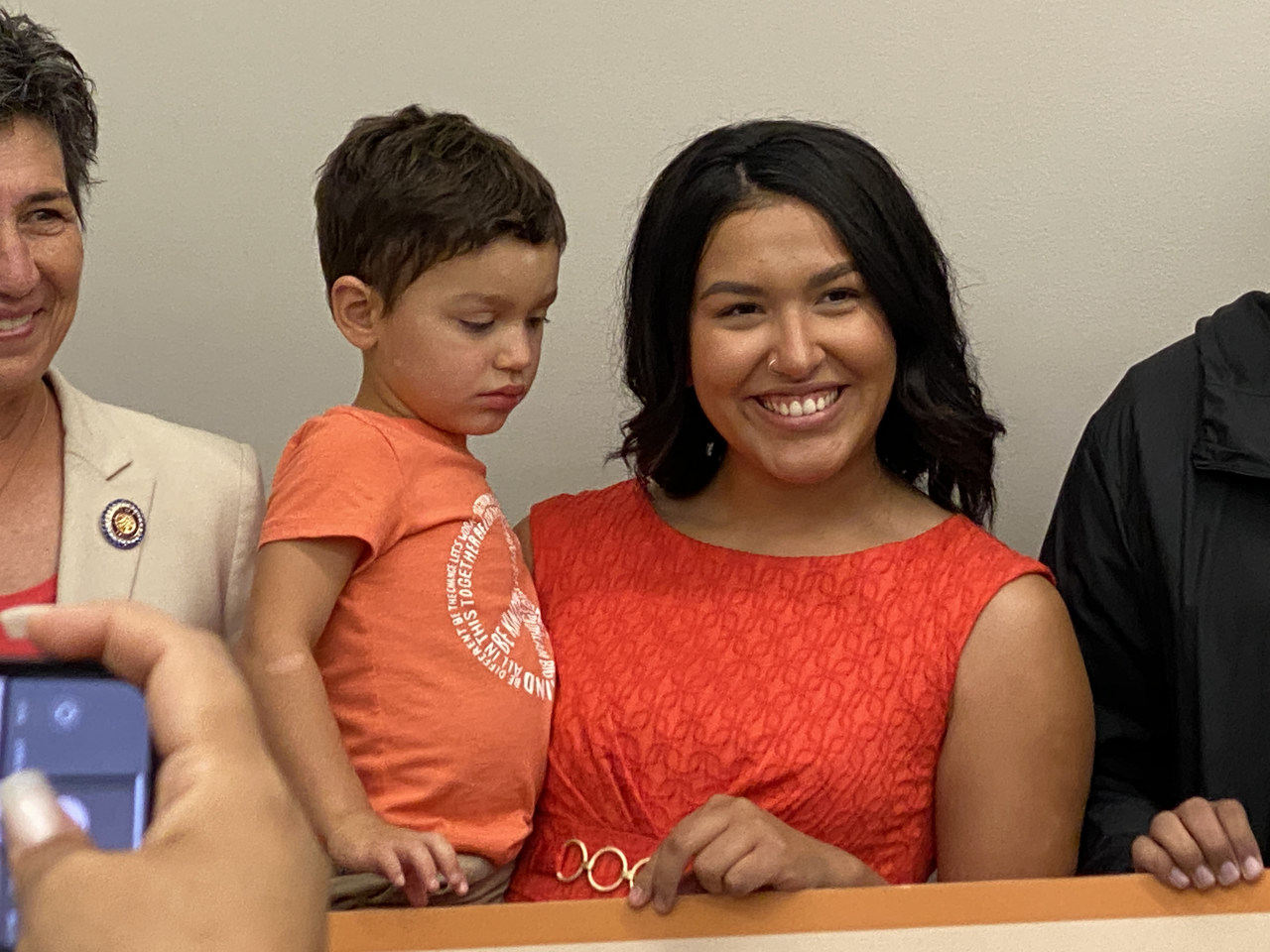 “We do not anticipate it taking that long but so have other activities competing for departmental resources at this time,” Kus said.

If enough are deemed valid, the Kingsburg City Council will have 14 days to call for an election, likely in November.

The election would then take place between February and March.

(Note: the original story had specific dates based on an estimated timeline from the Kingsburg City Clerk. The county clerk dates varied by a few weeks.)

Hurtado has been very open about her progressive political views. She actively supported Bernie Sanders during the 2020 presidential primary and campaigned against the recall of Gov. Gavin Newsom.

In the notice of intent, recall proponents say Hurtado “demonstrated a Marxist/socialist agenda in her activities and actions, which do not represent her constituency.”

“Without the backing of any political machine, the funding of any sort of committee, or the propaganda of a social media campaign, a group of truly grassroots, organic LOCAL American warriors for our freedom came together with a common goal, and hit it out of the (Athwal) Park!!!” recall organizer Lance Jackson told GV Wire via email.

Kingsburg City Clerk Abigail Palsgaard estimated the cost to hold a recall election at between $80,000 and $90,000.

Hurtado made the cost a point in advocating against recall signatures.

The flyer listed expenditures the money could fund, including money for police and fire.

“If this recall against me qualifies, it will be a waste of $90,000 taxpayers dollars — when I’m up for re-election in less than a year. I truly wish the proponents of this recall would invest their time and energy into just running against me in June (when the filing period opens) rather than waste money that could be invested elsewhere.

“The COVID-19 pandemic hit our local businesses, city departments, and families hard. While Kingsburg is beginning to see the light at the end of the tunnel with much needed state and federal relief, now more than ever we MUST continue to be fiscally responsible. Their campaign against me is clearly personal, mine is just common sense,” Hurtado said. 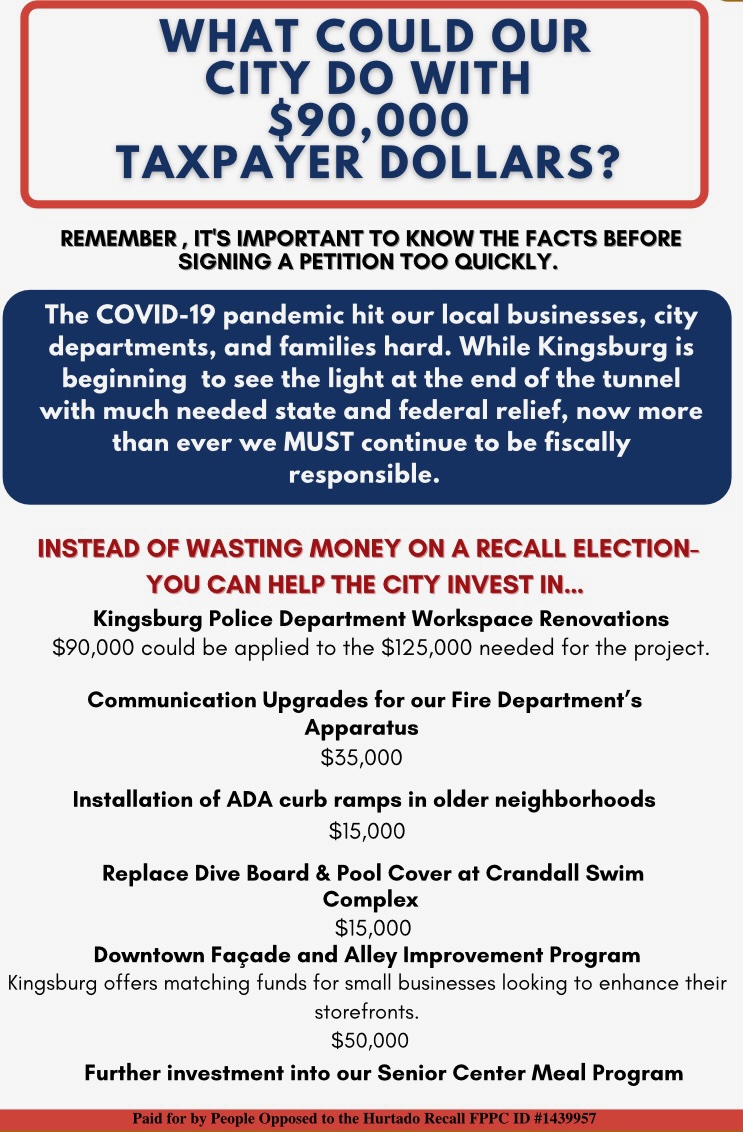 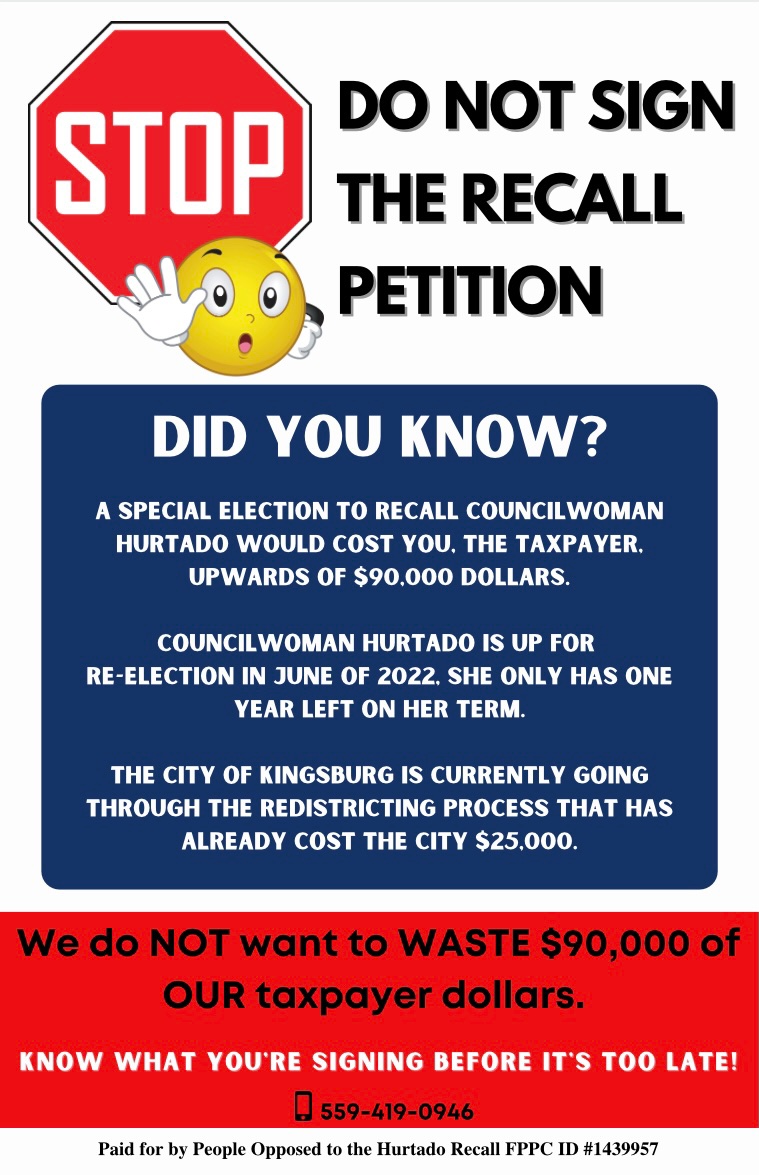 Hurtado is a Democrat.

Jackson hopes this spurs change in other cities.

“Hopefully this will empower our other local communities towards action… the time for movement is now, and we can help light the path,” Jackson said.
Related Topics:Jewel HurtadoKingsburg
Up Next