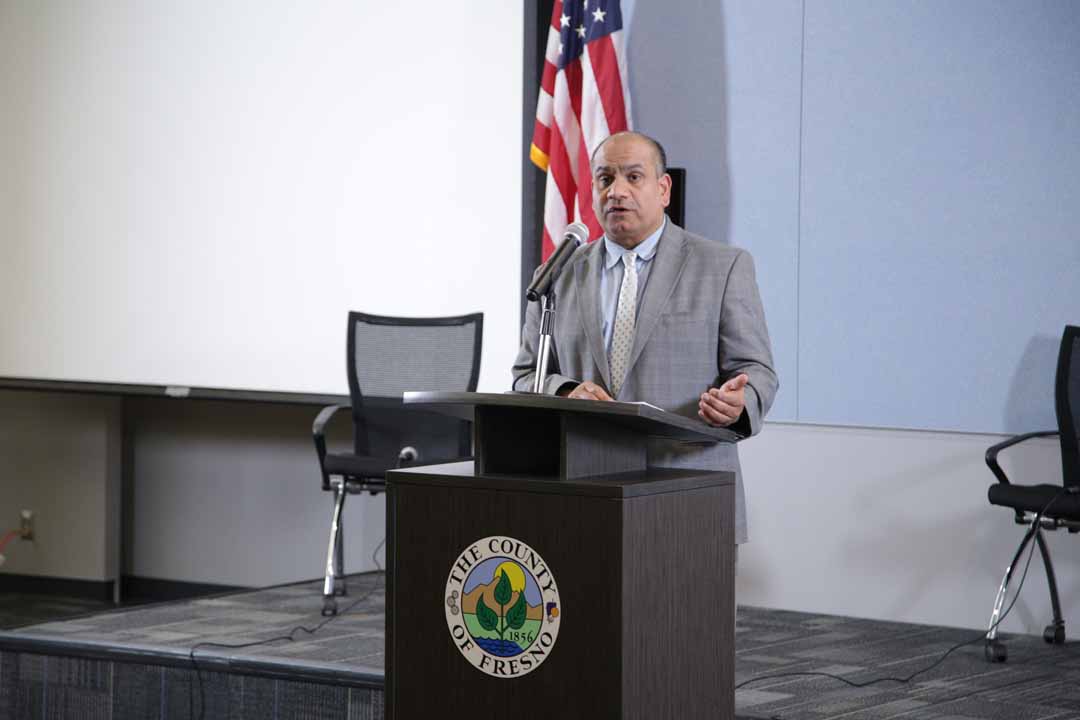 Looking straight into the camera, Dr. Rais Vohra deviated from his usual introductory greeting at Friday’s weekly COVID-19 media briefing and apologized to the Fresno County Board of Supervisors.

A week prior on Sep. 17, the county’s interim health officer talked about the adverse effects of climate change during a news conference hosted by California Climate and Agriculture Network.

Health Officer’s Call to Action Stepped on Some Toes

To start, Vohra talked about how the excessive heat, drought, wildfire smoke, and air pollution were affecting Fresno County residents, particularly those in disadvantaged communities.

However, talking about the consequences of climate change is not what got Vohra into hot water. It was his call to action.

“Climate change is a global poisoning event,” said Vohra. “The healthcare industry happens to be a major contributor to greenhouse gas emissions, so there is now a growing call to change how we operate within the healthcare systems to make our hospitals and clinics more ecofriendly — it’s a goal that our health department certainly supports and I hope that our federal partners can help us through the Build Back Better plan incentives.”

Support for the Build Back Better Initiative Draws Criticism

The Biden administration has an ambitious plan to create jobs, cut taxes, and lower costs for working families by taxing the rich through The Build Back Better Agenda.

Board of Supervisors Say They Are Satisfied with Apology

Fresno County Board Supervisor Nathan Magsig said that he felt the bill is controversial and divisive, and thought that perhaps Vohra might not have realized what the press conference was about before sharing his thoughts.

“From what I saw from that press conference last week, it appeared that the group was attempting to put maybe a little bit of pressure on Congressman Costa to support the three and a half trillion dollar spending proposal,” said Magsig.

“I think, you know, some of the comments that were made last week were a little bit political from my standpoint and, with his position, it’s important that he focuses on matters that are in line with the county of Fresno and also policies that are set by the Board of Supervisors. But, I don’t think that Dr. Vohra did anything specifically to spite anyone or spite the county.”

Supervisor Buddy Mendes says communication issues need to be worked out, and that it can be a learning process but he is satisfied with Vohra’s apology.

Magsig added: “He is very skilled and as a medical doctor does great work and I have faith and confidence in his ability.”

Vohra’s Apology to the Board

“Last week, I actually made some comments about climate change and the public health impacts of climate change,” said Vohra. “I’d like to clarify some of the goals for doing what I did and also issue an apology to the board of supervisors and to the CAO.”

Vohra went on to state that he waded into legislative and political territory, acknowledging that it is not his role or responsibility and something that he should have first discussed with the supervisors and the County Administrative Officer.

“I can sincerely say, that moving forward, I will definitely be better in all the communications that we do. … I consider us all colleagues working very hard for a common cause, which is the wellbeing of Fresno County residents. I made a misstep and I really want to apologize about that, and I just really want to thank them for their understanding.”

Related Topics:Dr. Rais VohraFresno County Board of Supervisors
Up Next