Mayorkas Says Images From US Border 'Horrified' Him 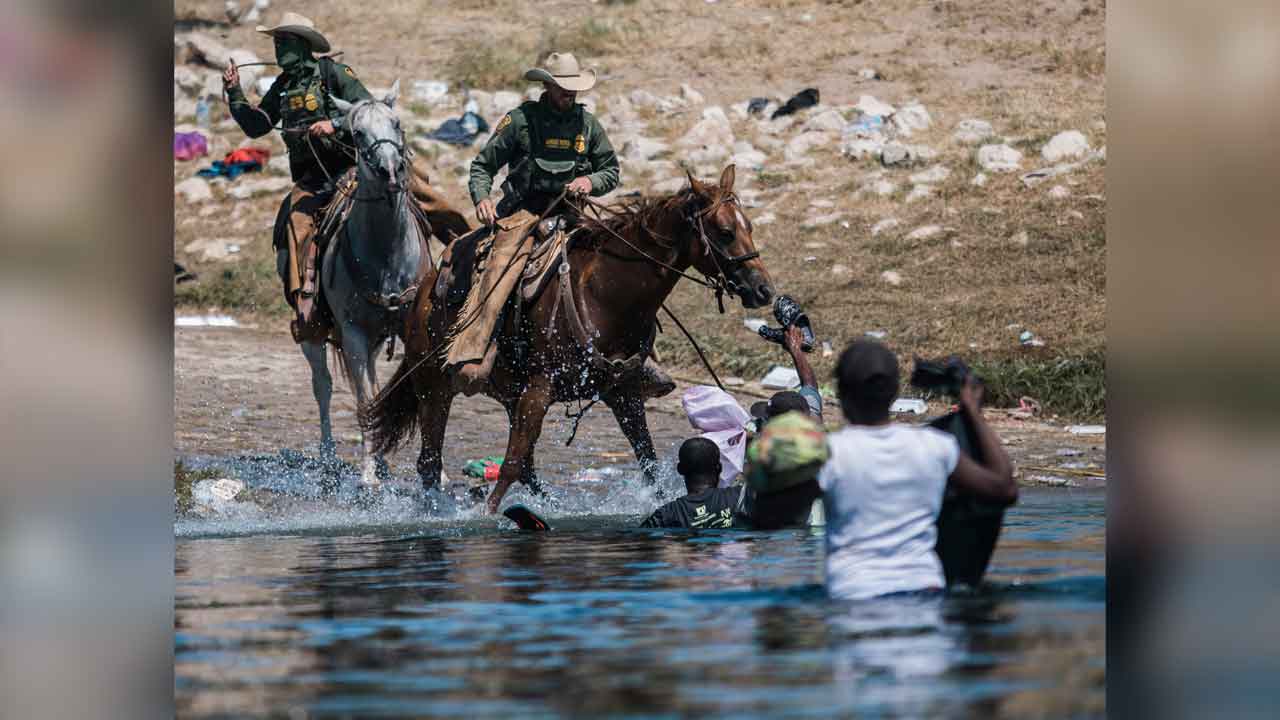 WASHINGTON — Homeland Security chief Alejandro Mayorkas said Tuesday images of what appeared to be Border Patrol agents on horseback rounding up migrants trying to cross the southern border “horrified” him, but he stopped short of calling the new influx of migrants there a crisis.

Mayorkas told CNN that “any mistreatment or abuse of a migrant is unacceptable” and added, “the pictures that I’ve observed troubled me profoundly.” But he wouldn’t explicitly say whether they reflected mistreatment or abuse, deferring instead to a promised investigation.

“That defies all of the values that we seek to instill in our people,” Mayorkas said, adding that the department will address the situation “with full force” after the investigation is complete.

Influx of Thousands of Haitian Migrants

The Office of Professional Responsibility is leading the investigation, and will have personnel on the ground full-time monitoring the situation in the border town of Del Rio, Texas, which has seen an influx of thousands of Haitian migrants fleeing an unstable situation in their home country and attempting to enter the U.S. through Mexico.

More than 6,000 Haitians and other migrants have been removed from an encampment in Del Rio, and Mayorkas predicted a “dramatic change” in the number of migrants there within the next two to four days as it continues the removal process.

The latest increase in migration at the border has prompted Republicans to renew attacks on Democrats for what they say is a failure to address a crisis at the U.S. border. But on CNN, Mayorkas declined to call the situation a “crisis,” saying only that it’s a “heartbreaking situation” and a “tremendous challenge.”

“I by no means diminish the, the humane issue that it presents, but I want to be clear that we do have a plan to address it,” he said.

Mayorkas said 600 Homeland Security employees, including from the Coast Guard, have been brought to Del Rio. He said he has asked the Defense Department for help in what may be one of the swiftest, large-scale expulsions of migrants and refugees from the United States in decades.

Speaking from Del Rio on Monday, Mayorkas warned Haitians not to come to the U.S., noting that a temporary extension in protections from deportation for Haitians was extended through July 29, those protections no longer apply to new migrants.

“If you come to the United States illegally, you will be returned. Your journey will not succeed, and you will be endangering your life and your family’s life,” he said.