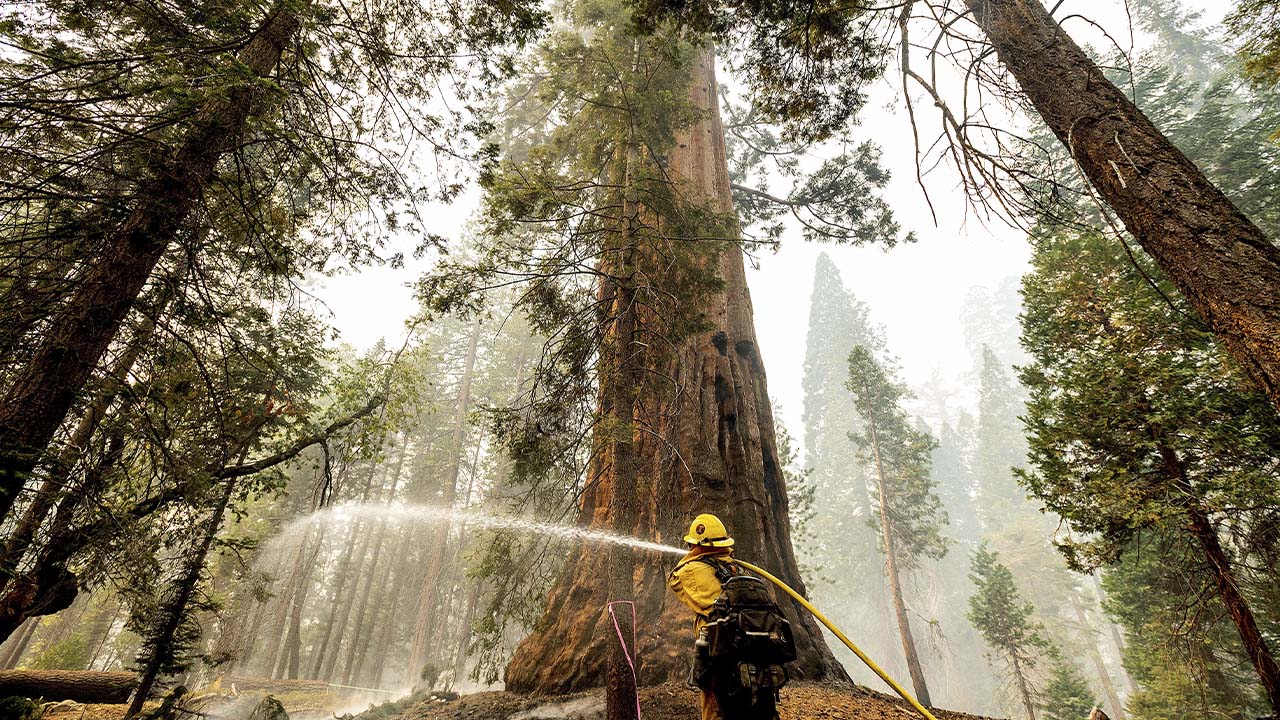 A firefighter hoses down hot spots in the Trail of 100 Giants as the Windy Fire burns on Monday, Sept. 20, 2021. (AP/Noah Berger)
Share with friends

And, crews are working around the clock to contain the Windy Fire, which is also burning in Tulare County.

Together, the fires had expanded to nearly 60,000 acres as of Wednesday morning.

Incident commander Mark Morales said in a news release that the “highest priority for operations is the protection of life and infrastructure of the park, the Sequoia National Forest, and the surrounding communities including Three Rivers.”

Fire managers said there will be a community meeting at 7 o’clock Wednesday night at the Three Rivers Memorial Building, 43490 Sierra Drive.

The meeting will be live-streamed on Facebook at www.facebook.com/SequoiaKingsNPS.

“As of right now we don’t have any damage to any of our trees,” said fire information officer Mark Garrett.

In addition, four crews totaling 80 members of the California Army National Guard are helping with mop-up to ensure there is no further threat to the lodges and infrastructure in the Wuksachi Village area.

Fire behavior and intensity have been reduced in the Giant Forest area, where prescribed fire treatments were previously completed. Cal Fire has also been working on direct and indirect fire line (with aircraft reinforcement) along Paradise Ridge to keep the fire in check near Ash Mountain, officials said.

Firefighters are working “around the clock” to protecting structures in this Tulare County wildfire, officials said.

Nearly 1,300 firefighters were assigned to the blaze.

“The fire’s active, but we’ve got a good number of staff out there,” information officer Kate Kramer said.

On the Trail of 100 Giants, one tree known as the “natural bench” sequoia because of the shape of its base was confirmed to have sustained some burning.

Several sequoia groves have been impacted by the Windy Fire but it’s not clear whether any other sequoia trees have been burned. 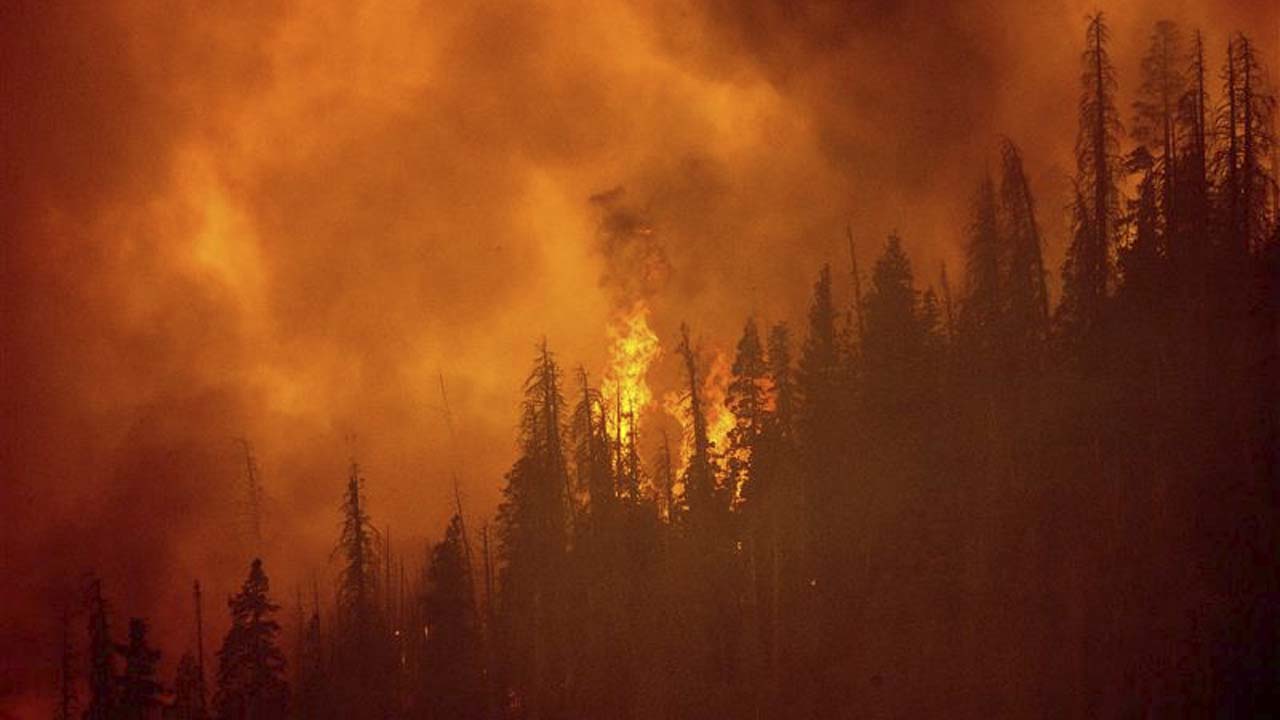 The Windy Fire burns along a ridge in Sequoia National Forest on Monday, Sept. 20, 2021. (AP/Noah Berger)

The Tulare County Sheriff’s Office has issued an evacuation warning for:

How to Get Help

The temporary evacuation point, where you may find information and assistance, is at Porterville College, 100 E. College Ave.

Individuals needing assistance are asked to call 2-1-1. Older individuals (60+) who need assistance with evacuation or information may call the senior hotline at 1-800-321-2462.

Large animals can be sheltered at the International Agri-Center located at 4500 S. Laspina Street, Tulare, CA 93274.

Tulare County residents can sign up to receive county emergency notifications by registering at AlertTC.com.

The Windy Fire and KNP Complex are causing cause smoke impacts throughout the San Joaquin Valley.

On Tuesday the Valley Air District and National Weather Service issued an Air Quality Alert that will continue until at least Thursday morning.

Residents impacted by smoke should remain indoors to reduce their exposure to particulate matter emissions.

Officials advise that cloth and paper masks used as protection from COVID-19 may provide insufficient safeguards from wildfire smoke inhalation.

You can access RAAN to check air quality at any Valley location at myRAAN.com.

Fire managers remind the public that when a drone is spotted near a wildfire, all aircraft must return to the ground.

They ask drone owners to check this link before launching.