Recall Could Boost Newsom's Clout for 2022 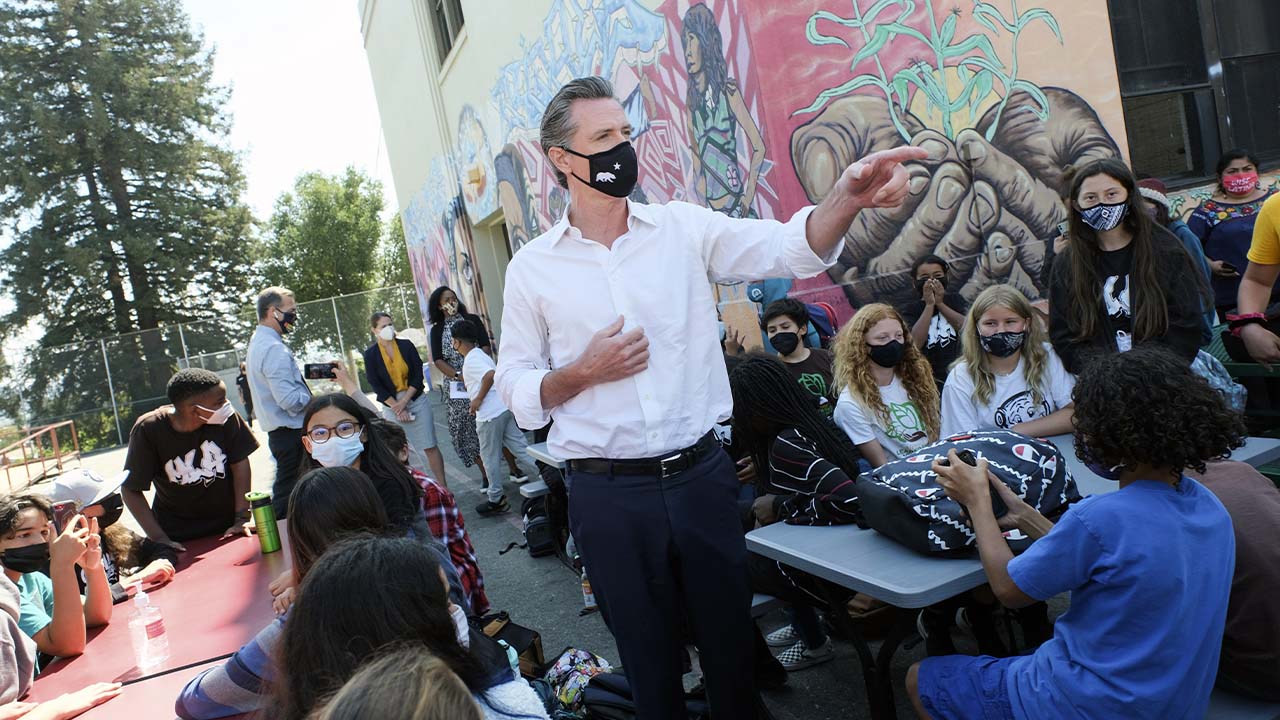 The recall election that once threatened to derail California Gov. Gavin Newsom’s political future has instead given it new life, offering a rare midterm vote of confidence that could fuel an ambitious legislative agenda featuring new coronavirus vaccine mandates, housing for the homeless and health insurance for people living in the country illegally.

Nearly 64% of voters in the recall election voted to keep Newsom in office, according to early returns, giving him a larger margin of victory so far compared to his 2018 election.

On Wednesday, one day after surviving the recall that a few months ago had him sweating, Newsom indicated he planned to go even bigger in 2022 as he heads into his reelection campaign.

Newsom Plans to Go Even Bigger

“When you face a recall … it sharpens your focus about time,” Newsom said. “Things that you may have looked at on the horizon and said, ‘You know over the next two, three years, we want to get this done,’ you start looking very differently and say, ‘What’s possible in the next two to three months?’”

Newsom was not afraid to take big swings in his first term, often eschewing the moderate tendencies of some of his predecessors. While he hasn’t always satisfied the most liberal wing of the Democratic Party, he has relished governing what he calls a “nation state” given its status as the nation’s most populous.

In his first three years in office, Newsom signed legislation that allowed college athletes to get paid, gave free lunch to every public school student and issued executive orders aiming to ban the sale of new gas-powered cars by 2035 and end all oil extraction in the state by 2045.

This year, he has already issued orders requiring all of the state’s roughly 2.2 million health care workers to get vaccinated to keep their jobs. He’s also required all state workers and public school teachers and staff to either get vaccinated or submit to weekly testing.

President Joe Biden has already ordered large employers to require their workers be vaccinated. But some Democrats in California’s Legislature want to go further by applying that standard to companies with fewer than 100 employees and to schoolchildren old enough to be immunized.

Statewide Vaccine Mandates in the Talks

State Assemblywoman Buffy Wicks, a Democrat from Oakland who is preparing to introduce vaccine verification legislation, said the Newsom campaign didn’t hold back from saying “vaccine mandate” in campaign ads.

“And the voters responded to it. I see that, I think my fellow legislators see that,” she said. “We can’t be intimidated by a very small group that live in baseless conspiracy theories.”

Some local governments are already doing this. San Francisco requires proof of full vaccination for a host of indoor activities, including dining inside and visiting the gym. Los Angeles County will implement a similar policy for customers and workers at bars and nightclubs starting next month. The Los Angeles Unified School District will soon require all eligible students to be inoculated.

Newsom said Wednesday that he supports those decisions and urged other local governments to do the same thing but he’s satisfied with local rules right now, though he said there are “conversations” happening about a statewide vaccine mandate for public school students.

Newsom’s budget this year offers government-funded health insurance to low-income adults 50 and over who are living in the country illegally, but some Democrats want him to expand coverage to all low-income adults, regardless of their immigration status.

“I believe this year was a significant down payment for us to work toward universal coverage,” said Assemblyman Joaquin Arambula, a Democrat from Fresno who chairs the budget subcommittee that oversees health care spending.

Newsom indicated Wednesday that he plans to renew his focus on housing the homeless. He devoted his entire 2020 State of the State address to that issue, but the pandemic soon hit and quickly shifted his focus to public health. Still, Newsom pointed to his administration getting 6,000 housing units for the homeless online in only five-and-a-half months, a remarkable pace made possible by the urgency of the pandemic.

He added: “That’s now focused my energy to say what more can we do in that space with that same sense of urgency on climate change, on issues of affordability of housing?”

Newsom ‘Almost Has Nothing to Lose’ By Being Aggressive

Advancing those issues will require reaching consensus among Democrats who dominate the state Legislature, a task that’s not as easy as California’s progressive reputation would suggest.

But Michael Bustamante, a Democratic consultant who worked for former Democratic Gov. Gray Davis during the recall campaign that led to his 2003 ouster, said Newsom should not hold back.

“When you have a near-death experience, it seems to me that people tend to become far more appreciative of the life that they have,” he said. Newsom “almost has nothing to lose and everything to gain by thinking big, by being aggressive.”