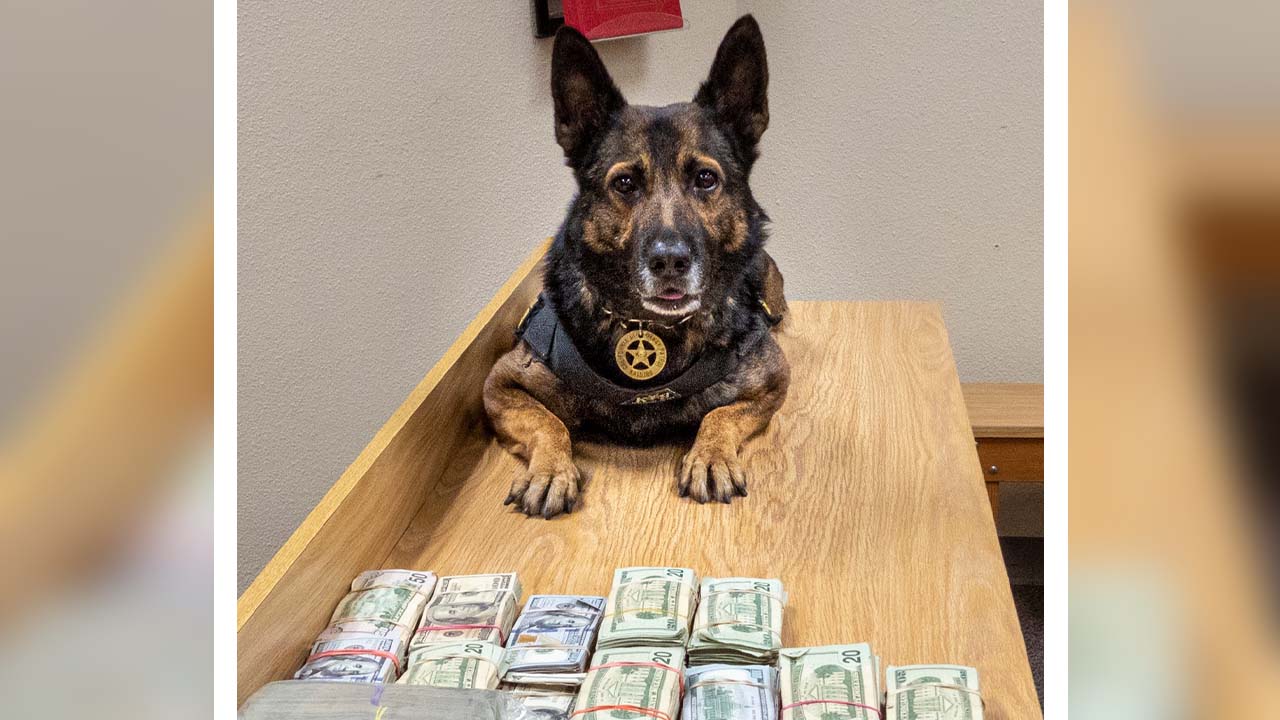 K9 officer Beny is pictured next to an estimated $300,000 in alleged drug money seized at a vehicle stop. (Facebook/CHP Merced)
Share with friends

If Beny, a CHP Merced K9 officer, could keep even one-tenth of the money he helps find, he’d be one wealthy dog.

On Tuesday, during a vehicle stop of a 2020 Chrysler van for tailgating, Beny detected the odor of drugs and alerted his handler, the CHP said.

While searching the van, the officer found a large stash of bills estimated at $300,000.

Driver: That’s Not My Money

Asked by the officer about the money, the van’s driver answered that it wasn’t his. What’s more, he had no idea where it came from, according to the CHP report.

The CHP seized the cash, which will be sent to a bank for an official count.

As for the driver, the CHP is recommending a charge of possession of currency derived from drug sales.

For Beny, it was just another day on the beat.

In June, the CHP detailed the story of Beny helping officers seize an estimated $1 million in cash from a truck pulled over for speeding.

And, in April, Beny sniffed out 18 pounds of crystal methamphetamine inside a television box in the back of a 2011 Nissan pickup stopped for tinted windows. 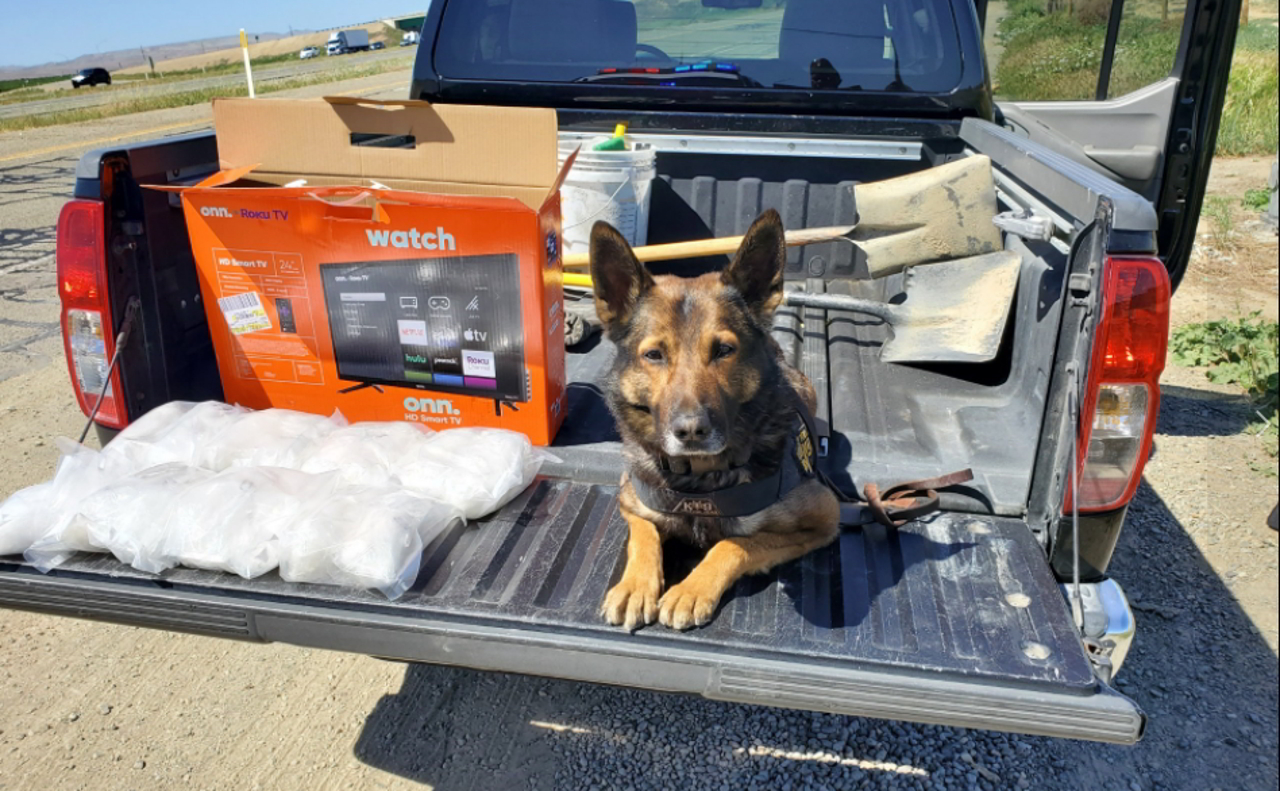 Merced CHP K9 Officer Beny is next to the crystal methamphetamine he helped located inside a television box in April. (Facebook/Merced CHP)

Bill Aimed at Repurposing Farmland is a Step Closer to Passing