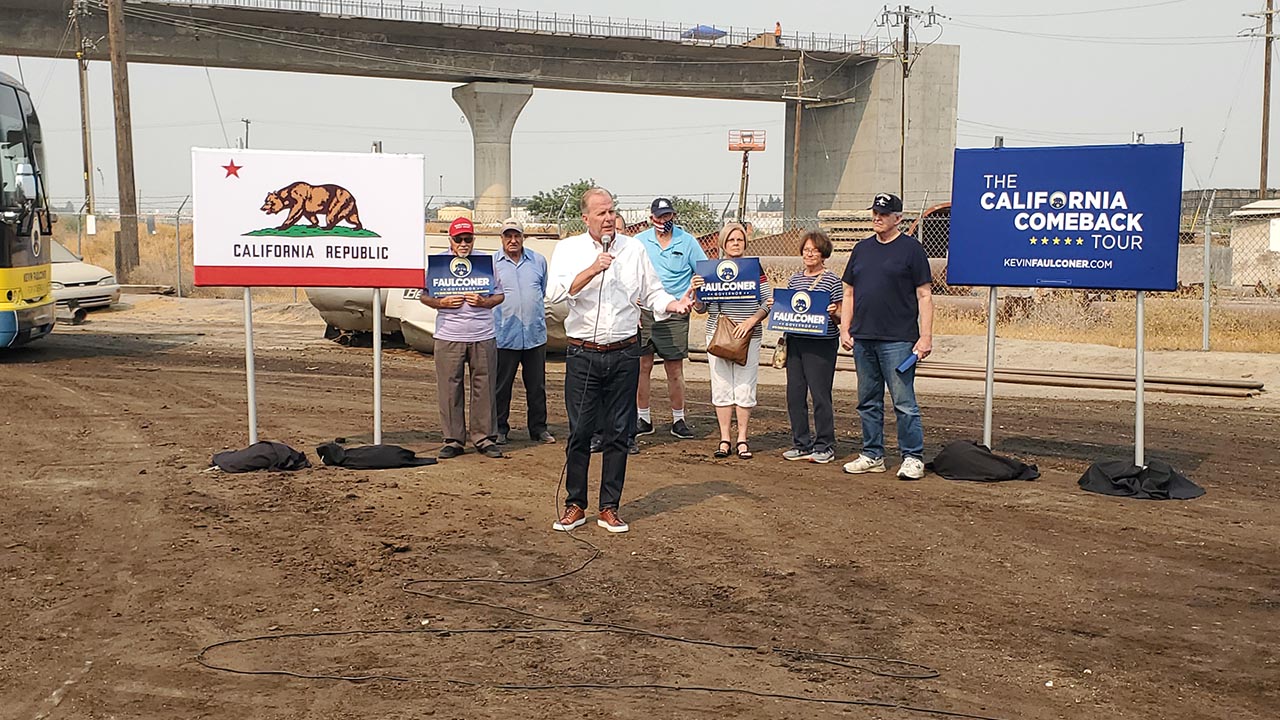 Kevin Faulconer tried to drum up support for his recall campaign on Thursday morning in south Fresno. (GV Wire/Jahz Tello)
Share with friends

“Gavin Newsom has ignored the Central Valley as we stand here today,” Faulconer said. “He has promoted instead of giving us the (water) infrastructure and the resources we need. … And so instead of building trains to nowhere, we will build additional reservoirs.”

The Fresno mayor clearly believes high-speed rail is an important and worthy investment — even if Faulconer doesn’t.

Elder, a talk-show radio host, has eclipsed Faulconer in recent polling as the leading candidate to supplant Newsom should the Sept. 14 recall of the governor succeed.

Faulconer blasted Elder for avoiding debates and for Elder’s statements about women.

“I’m going to support working women,” Faulconer said. “You cannot discriminate against women in the workplace.”