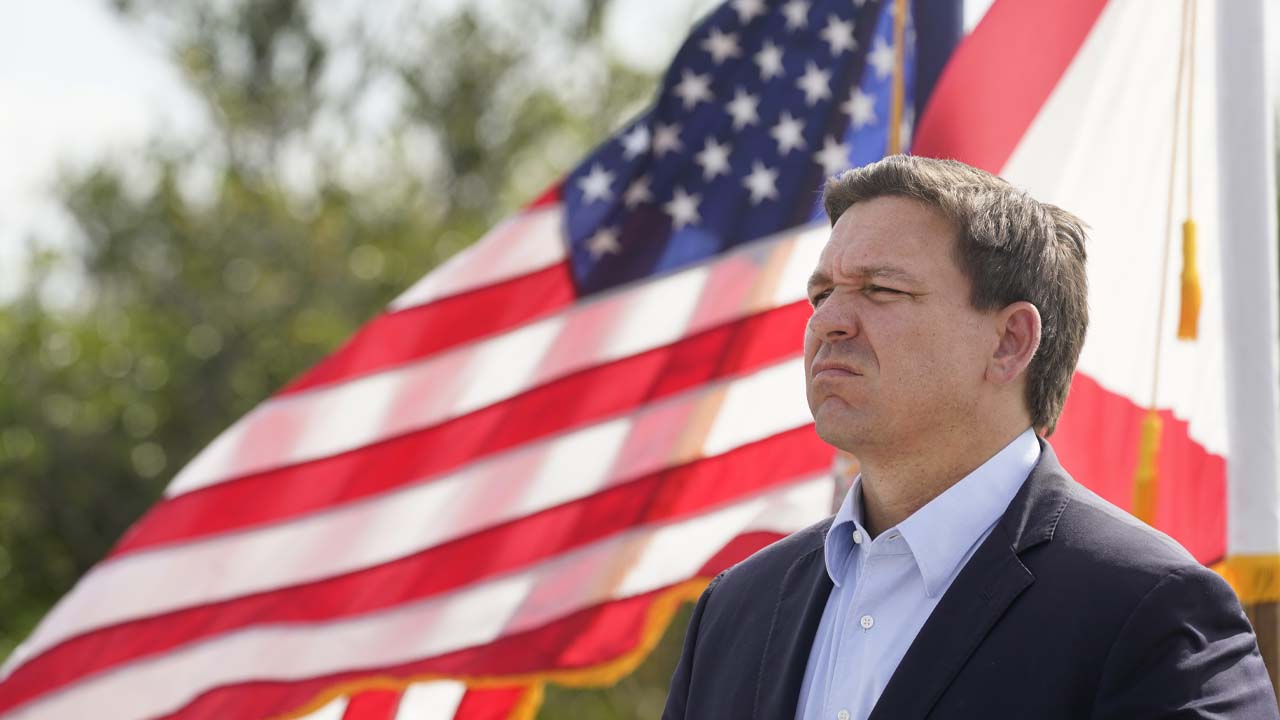 With the much more contagious delta variant now spreading exponentially, Florida hit 11,515 hospitalized patients Tuesday, breaking last year’s record for the third straight day and up from just 1,000 in mid-June.

DeSantis said he expects hospitalizations to drop in the next couple weeks, asserting that the spike is seasonal as Floridians spend more time together indoors to escape the summer heat and humidity.

DeSantis credited his response to COVID-19, which has focused on vaccinating seniors and nursing home residents, for the fact that fewer Floridians are dying now than last August. A year ago, Florida was averaging about 180 COVID-19 deaths per day during an early August spike, but last week averaged 58 per day. However, 2,400 COVID-19 patients are in an intensive care unit, and deaths general don’t spike until a few weeks after hospitalizations.

“Even among a lot of positive tests, you are seeing much less mortality that you did year-over-year,” DeSantis said at a Miami-area press conference. “Would I rather have 5,000 cases among 20-year-olds or 500 cases among seniors? I would rather have the younger.”

DeSantis also said “media hysteria” on the swelling numbers could cause people having heart attacks or strokes to avoid going to an emergency room for fear of being infected. Doctors interviewed by The Associated Press acknowledged this happened during the early months of the pandemic, but say it’s no longer true, and that they’re treating the usual number of cardiac patients.

President Joe Biden criticized DeSantis and other officials who have moved to block the reimposition of mask mandates. He called on resistant Republican governors to “get out of the way” of vaccine rules and endorsed New York City’s move to require vaccinations to dine indoors or go to the gym.

“If you’re not going to help, at least get out of the way of people trying to do the right thing,” Biden said.

“They’re just coming in faster than we discharge them,” said Justin Senior, CEO of Florida Safety Net Hospital Alliance, which represents some of the state’s largest hospitals caring for low-income patients. Still, he said few hospitals will run out of room as they can convert non-traditional spaces like conference areas into COVID-19 wards.

Penny Ceasar, who handles admissions at a hospital near Fort Lauderdale, wants the governor to require vaccines for health care workers and masks for everyone. Ceasar said while Westside Regional Medical Center has been getting temporary staff from other states, the alarming number of new patients is taking a toll.

The Centers for Disease Control and Prevention reported more than 50,000 new COVID-19 cases in the state over the last three days, raising the seven-day average to one of the highest counts since the pandemic began. In total, the state has seen more than 2.6 million cases and 39,179 deaths.

DeSantis Reiterates He Will Not Shut Down the State

DeSantis is running for reelection next year while eyeing a 2024 presidential bid. A central tenet of his national image among conservatives is his refusal to impose mask mandates or business restrictions.

“We are not shutting down,” DeSantis reiterated Tuesday. “We are going to have schools open. We are protecting every Floridian’s job in this state. We are protecting people’s small businesses. These interventions have failed time and time again throughout this pandemic, not just in the United States but abroad.”

DeSantis did encourage people to get vaccinated, saying shots provide a strong defense against getting seriously ill. About 95% of those hospitalized and almost all recent deaths have been among the unvaccinated, hospital officials have said.

“You can still test positive, but at the end of the day you can turn this from something that was much more threatening to a senior citizen, say, to something that is more manageable,” said DeSantis, who has been vaccinated. “That is a huge, huge thing.”

The spike has come as DeSantis and local officials have fought over how to protect children and staff as the school year begins.

Broward County’s school board reversed a decision to require facial coverings after DeSantis barred mandates and threatened to cut funding from districts that don’t comply. Broward’s board had responded to the latest science on the virus and the latest recommendations of the U.S. Centers for Disease Control and Prevention. But the governor said parents should decide whether their children should wear a mask to school.

Union Organizing at Amazon Gets New Life After Ruling