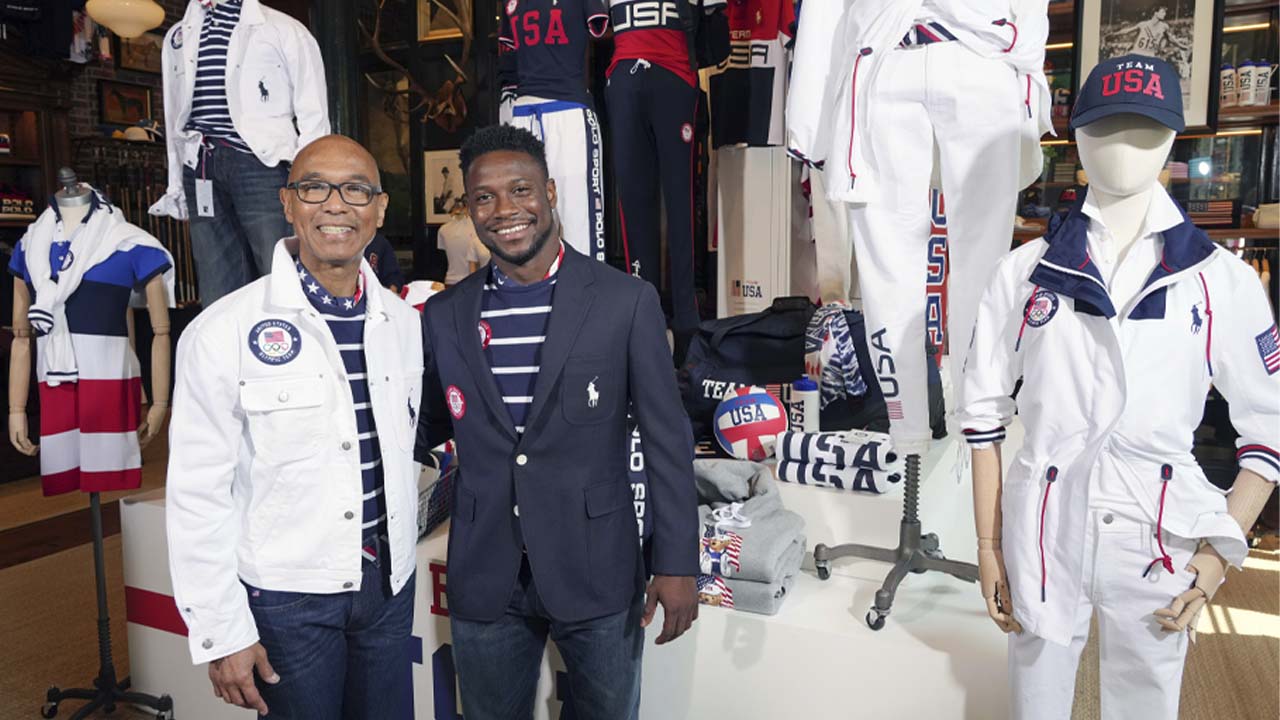 NEW YORK — The Team USA flag bearers in steamy Tokyo will likely be the coolest members of their packs.

Ralph Lauren has built a personal air conditioning system into a roomy white jacket to be worn by the yet-unannounced athletes who will have that honor during opening ceremonies for the Olympics and Paralympics, the company said Wednesday.

The technology disperses heat from the wearer’s skin through a fan device at the back of the neck, with a lightweight personal battery controller stashed inside. It’s akin to how large computers are kept cool.

“The more we can think about our personal space and personal thermal dynamics, that’s the future that we’re all going to have to think about,” said David Lauren, Ralph Lauren’s son, vice chairman of the company’s board, and chief branding and innovation officer.

The rest of the team will walk in tailored navy blazers made of U.S.-grown wool, a red Olympic patch on one breast and the company’s Polo Pony emblem on the other.

The athletes’ striped belts are made of recycled plastic water bottles. A patch on the back of the pants is a nod to leather alternatives, this one made of plant-based materials and agricultural byproducts free of synthetic plastics.

And Ralph Lauren didn’t forget the masks. They’ll be solid navy in cotton with a tiny American flag on one side.

The company went for crisp white looks with red and blue accents for closing ceremony uniforms to be worn by more than 600 Olympic athletes, along with the Paralympians.

Team USA organizers wanted the athletes to “feel red, white and blue” at the world’s coming out party, Lauren told the AP ahead of the formal unveiling.

The sentiment comes amid growing concern over the spread of COVID just days before the Games open July 23. The Paralympics are set to begin Aug. 24.

“They wanted products that were completely sustainable, completely future-oriented and completely about innovation,” Lauren said via Zoom.

The parade uniforms were made in the United States. Ralph Lauren has been outfitting Team USA since 2008.

Olympians Show Off the Looks

At a downtown Polo Ralph Lauren store in New York City, Olympians Daryl Homer and Peter Westbrook recently showed off the Tokyo looks for the AP, stressing comfort and recalling the thrill of their past marches with the American teams during the Parade of Nations.

Homer, a silver-medal-winning sabre fencer, will be making his third Olympic appearance in Tokyo. In 1984, Westbrook was the first African American to win a medal (bronze) in the sport and served as flag bearer. He now trains Olympic fencing hopefuls.

Westbrook recalled his Olympic walk as an overwhelming feeling of unity and pride.

“And then, the creme de la creme, you have to fight one another. With love,” he said. “It’s the most beautiful thing one can experience.”

Homer called the uniforms “very comfortable, very breathable,” though the much-discussed beret each American athlete received for the London Opening Ceremony in 2012 was one of his favorite Olympic pieces.

“I think this is my second favorite,” he smiled.

It was at the London Games where Ralph Lauren took some heat for decking out the U.S. athletes in uniforms made in China.

Team Attire Can Be Purchased at Online and in Stores

Team attire — but not the cooling element in the flag bearer jacket — is available at select Ralph Lauren stores, department stores, and online at RalphLauren.com and TeamUSAShop.com.

Homer tried on the flag bearer jacket and loves the concept.

“If you can cool yourself, why cool a room? I think that’s a really cool thing,” he said.

The five-year stretch rather than the usual four between Olympics has been challenging for Homer, along with the pared-down fanfare and pandemic protocols planned for Tokyo, he said.

“Everyone’s really anxious to get out there to compete,” he said. “One of the positives is the next Games in Paris is three years, in 2024. But right now I just want to be present where I am.”

US Unemployment Claims Fall to 360,000, a New Pandemic Low