Dozens have filed to run for governor in a bid to replace Gov. Gavin Newsom in the recall election later this year.

Some of the candidates are well-known and on the campaign trail such as former San Diego Mayor Kevin Faulconer, 2018 candidate John Cox, and former Congressman Doug Ose.

Voters will be asked two questions. Should Gov. Gavin Newsom be recalled, yes or no? And, if recalled, who should replace him?

A majority of yes votes is needed for Newsom to be recalled; if the recall is successful, the candidate with the most votes would be the new governor. 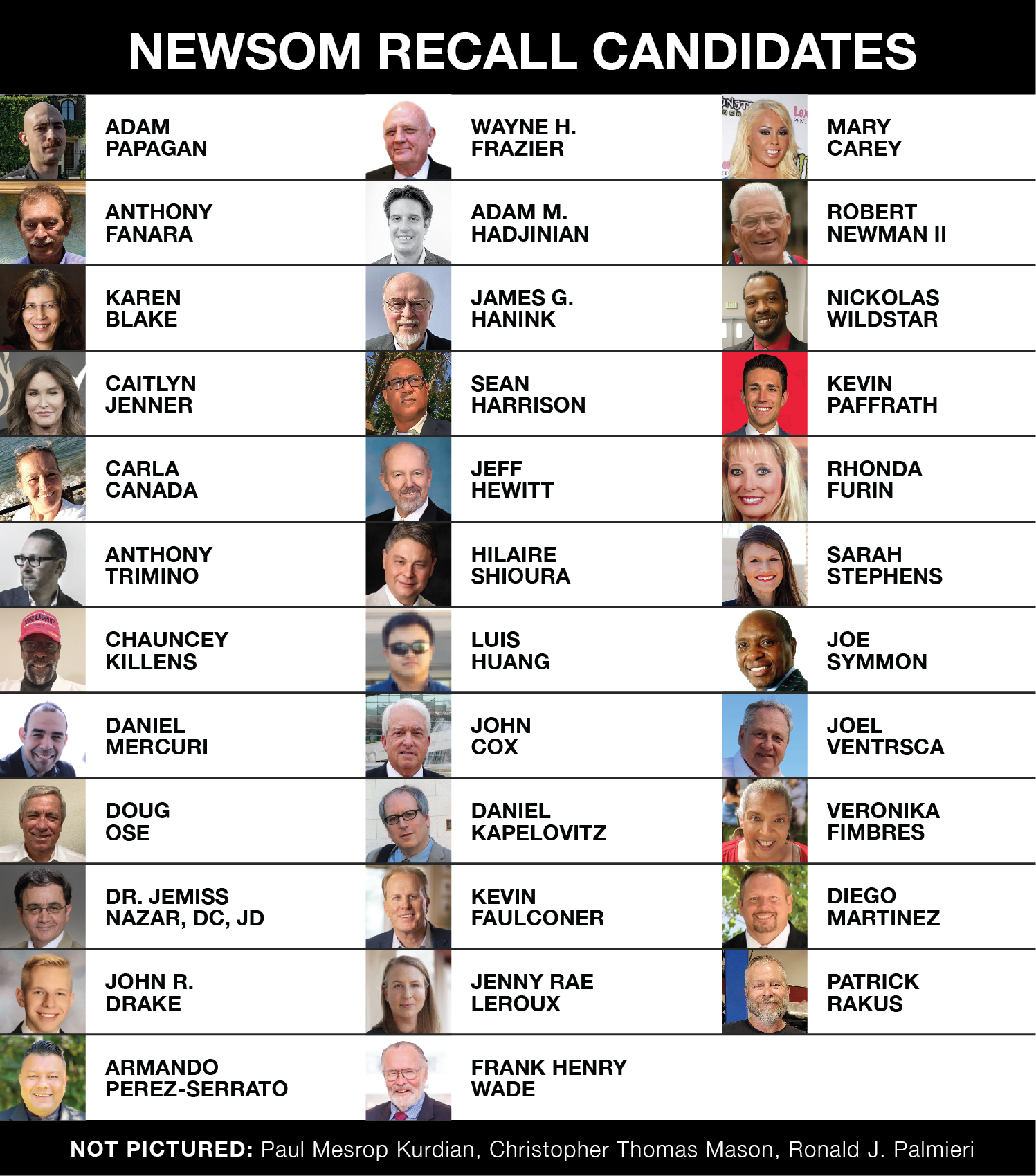 A Look at the Candidates

GV Wire compiled the following list based on public documents and information from candidates, as of May 28.

The following list is for the 2021 recall. Several others have filed intention statements for the regularly scheduled 2022 governor’s race.

Yes California, an organization dedicated to breaking of the state as an independent nation, will hold a forum on Sunday at 2 p.m.

Announcement: THIS SUNDAY from 2-4PM Pacific the California Independence Movement will be hosting a LIVE debate between a number of declared challengers participating in the recall election this year against Gavin Newsom.