The district unveiled plans for the new school year during a news conference at midday Friday in the downtown Fresno board room, which Superintendent Bob Nelson noted has not been used for a public meeting since the pandemic’s arrival in March 2020.

In addition to longer days, a few days will be added to the school calendar to give teachers more planning time, “because planning when kids have been out of school for a year is going to be crucial,” Nelson said.

He had a bit of good news about the current school year as well: Starting Tuesday, students and staff who are outdoors at school will no longer be required to wear face masks.

And even more good news: District staffers will be paid a one-time stipend of $3,500.

Members of the Fresno Teachers Association had been heavily lobbying the School Board and district to be paid $3,200 after a disagreement arose over the district’s self-funded health care insurance. Hundreds of teachers submitted public comments to the board for the two May meetings, demanding that in addition to the $800 per person for health care insurance that the district had committed to pay, teachers would also collect $3,200 so they could claim equity with Clovis Unified teachers who had received a $4,000 one-time stipend.

Meanwhile, the district’s “classified” employees, including food service workers and others in non-teaching jobs, had sought a $3,500 boost to their paycheck in recognition of their hard work during the pandemic. The district continued to prepare and distribute meals in person even while schools remained closed.

Because of the district’s “me too” clause in labor contracts, all the district staffers except for the top administrators who are on contract are getting the extra pay, Nelson said.

In exchange, the district has closed negotiations on salary and benefits with all its bargaining units through 2023, which means “we can focus our attention around getting your kids back in school and less on collective bargaining in live time,” he said.

In addition to the stipends, the district is hiring additional staffers for the new school year and will be covering the wages and benefits as well as the stipend costs with the $770 million in COVID-19 relief funds that the district has gotten or will get, said Nelson, who was joined at the news conference by six of the district’s seven trustees. Bullard Area Trustee Terry Slatic was absent.

The new staffers include:

Nelson said he’s not worried about having too many staffers on the payroll in the future when the COVID-19 relief money runs out. He said attrition will trim the workforce naturally by then.

But having extra money now to spend on instruction, counseling, and health needs in the wake of the pandemic will give the district an opportunity to test out new programs and determine which result in the greatest student success, he said.

“Part of the thing is to figure out if these are tools that we want to sustain long term, like do we want to continue paying for additional teachers and folks to do the mentoring? … So it gives us an opportunity to look at some of the things we’re doing right now. And if we think it’s good, we’ll make it into the fabric of our every-day budget,” Nelson said.

Extra Half Hour of School

The extra 30 minutes of instructional time, which has already been in effect at 40 elementary schools that are so-called “designated schools,” will be expanded to the remaining elementary schools and all the middle and high schools, Nelson said.

Daily instruction time at designated schools also will expand by another 30 minutes, he said.

The extra instruction time will be mandatory at all schools for the first semester and then schools will be able to decide whether to continue it in the second semester, he said.

“So then the correct course of action would be, how do you double down on the things that you know are working?” he said. “How do you dig into the areas where you know that? And is it the minutes that are having an impact? Is it the leadership that’s having the impact? What are the determining factors that are making it successful in those areas and in replicating those?”

Students who are still not ready to return for in-person instruction or who discovered that they excelled in the virtual classroom can enroll in the district’s K-12 eLearn Academy.

“Although they have been the exception to the rule, we would be well to recognize that there have been kids who have excelled online,” Nelson said. “For some of them, they found their jam, for lack of a better descriptor, and they want to continue learning through that platform.”

But unlike the cohort system of the current school year, when students were enrolled at a school and then attended classes virtually and also in person, students who enroll at eLearn Academy will not be able to switch to in-person instruction unless they transfer out of the academy and into another school, Nelson said. 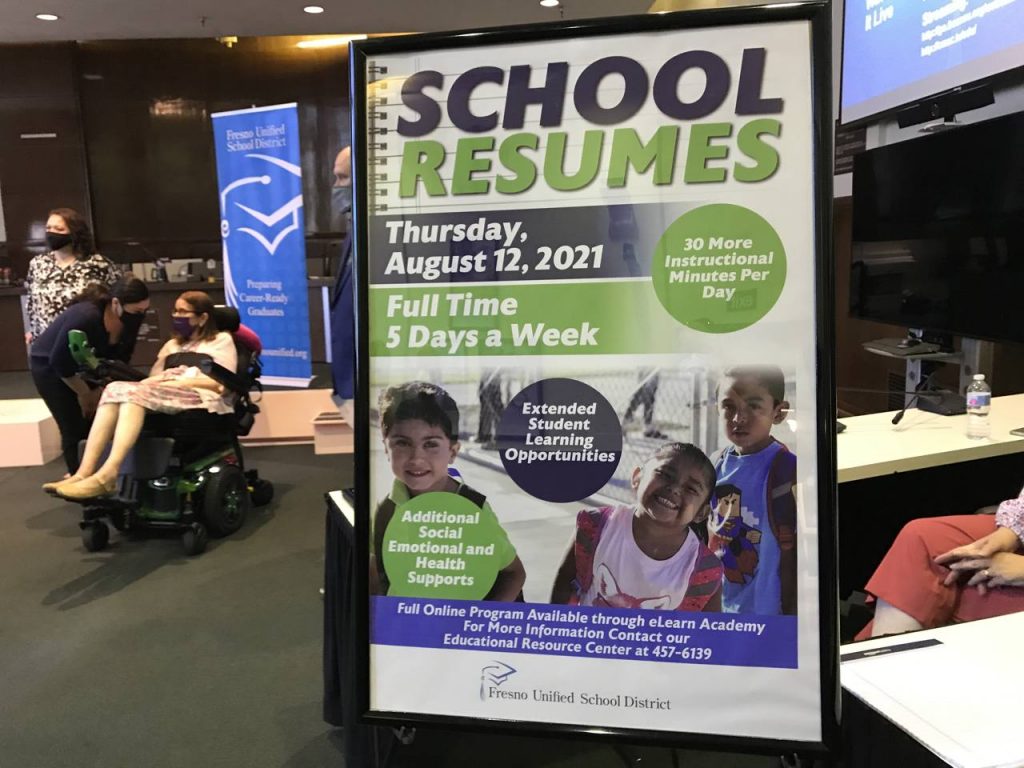