The Fresno officers were among just nine individuals from across the country cited for their work. In lieu of an in-person ceremony Tuesday because of the pandemic, the recipients were recognized on a National Missing Children’s Day commemorative website. 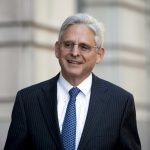 “These brave and resourceful professionals have earned our greatest respect and deserve our deepest gratitude.” — U.S. Attorney General Merrick Garland

The five were honored primarily for catching would-be child sexual predators during the two-week “Operation COVID Chat Down” last summer.

All are part of the Central California Internet Crimes Against Children Task Force.

“These brave and resourceful professionals have earned our greatest respect and deserve our deepest gratitude,” said Garland in a news release. “The Department of Justice is proud to stand with these heroes, and we are grateful to the thousands of law enforcement officers and missing children’s advocates throughout the nation who work so hard to protect our children.”

The unit’s work during the Chat Down sweep produced the arrest of 34 men seeking sex online with who they believed to be 12- and 13-year-old children. However, no children were used during the sting. From July 20 to Aug. 2, 2020, the unit members communicated with about 190 suspects via online platforms.

“During their conversations, these suspects used sexually explicit language and sent graphic photos to the detective pretending to be a child,” Fresno County Sheriff’s spokesman Tony Botti said in a news release.  “Once the suspect requested to meet with the child, detectives arrived at a predetermined location and arrested them.

“This award just solidifies what we already knew, that they are hard-working people who are dedicated to protecting children and their community.”

President Ronald Reagan proclaimed National Missing Children’s Day in 1983 in memory of 6-year-old Etan Patz. The child disappeared while walking to his bus stop in Manhattan on May 25, 1979.

National Missing Children’s Day honors his memory and those children still missing. Etan’s killer was convicted in February 2017, but the case remains active because his body was never found.