Fresno police are investigating a physical assault on GV Wire news videographer Jahz Tello on Tuesday while he was on assignment at Westfall Mobile Home Park in central Fresno.

Tello said he went to the site on East Olive Avenue after leaving a City Hall news conference where officials pitched a plan for the city to conduct code enforcement inspections at mobile home parks in the wake of a deadly fire at one in north Fresno.

Tello, a Fresno State graduate who has worked for GV Wire for three years, said he needed generic environmental footage of a mobile home park and went to Westfall because it’s close to City Hall.

Man Threatened, ‘Want Me to Break It?’

He said he was on a public sidewalk and had just started recording video when he was approached by two men in a white pickup, one of whom said he was the owner of the mobile home park. The second man did not identify himself. The two demanded to know why Tello was shooting video and demanded his identification.

Tello, who was wearing a GV Wire staff shirt, identified himself repeatedly as a news videographer with the company. The man who did not identify himself accused him of being at the mobile home park for nefarious purposes, rushed at him, put his hands on Tello and his camera, and physically pushed him onto Olive Avenue as cars were driving past.

“Want me to break it? Want me to f***in’ break it?” the man can be heard threatening on video recorded during the incident.

After the man released his hold, Tello walked to his car a short distance away and prepared to leave the scene. He then saw a woman nearby in a pickup and approached her with his cell phone out to ask if she had witnessed the incident.

The man then walked down the street, confronted Tello again, and slapped the cell phone out of his hand, sending it soaring across the pickup’s hood.

Tello said the man then followed him closely back to his car, making him fearful that another physical confrontation might occur.

Tello’s video camera and cell phone recorded the incident, which was reported to Fresno Police.

Sgt. Diana Trueba-Vega, a spokeswoman for the Fresno Police Department, said Wednesday afternoon that a battery incident report had been filed, but she was uncertain about the status of the investigation.

The Fresno County Clerk’s Office website for business licenses shows that Daniel Lee Westfall is the registered owner of Westfall Mobile Home Park. He did not return a call Wednesday from GV Wire seeking comment. 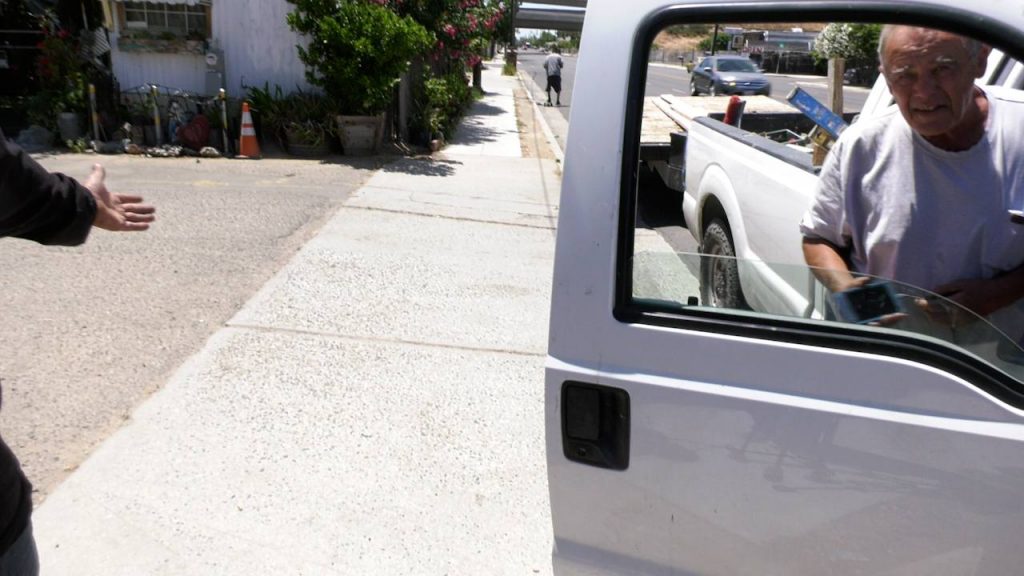 The man behind the truck door identified himself as the owner of the Westfall Mobile Home Park. (GV Wire/Jahz Tello)

Jim Boren, executive director for the Institute for Media & Public Trust at Fresno State, said working journalists should be able to do their jobs without restraint from public officials or private citizens, “as long as they are acting lawfully.”

Tello was standing on a public sidewalk, not on the mobile home park’s private property, when shooting video, and “it’s entirely legal to do that,” Boren said.

Blatant attacks on journalists have occurred with more frequency recently because of statements by former President Donald Trump and others portraying the media as the “enemy of the people,” Boren said.

Assaulting journalists constitutes an attack on the First Amendment, which guarantees journalists’ right to gather news, and does not serve the cause of democracy, he said.

“This is a real problem these days,” Boren said. “People are lashing out at journalists for reasons that have nothing to do with the specific work they do. It’s politically OK to attack journalists.”

The job of journalists is to gather facts and tell stories, whether in print, online, video, or other means, to keep the community informed, he said. 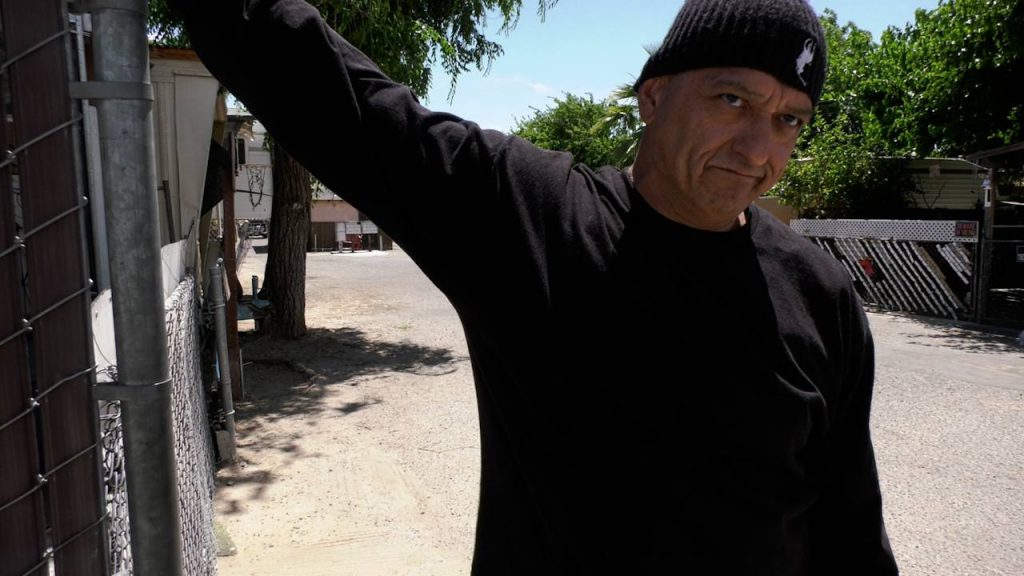