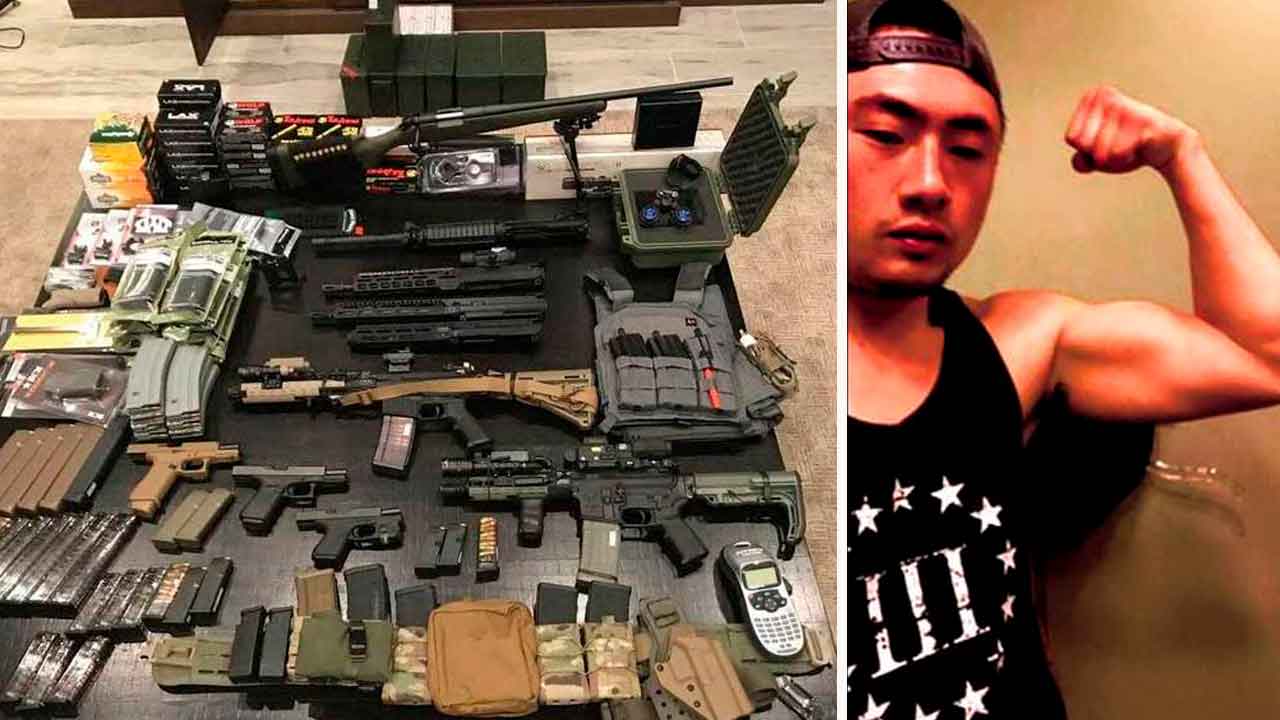 A California man who drove a pickup truck through a crowd protesting the death of George Floyd last year has agreed to plead guilty to federal firearms offenses, the Los Angeles U.S. Attorney’s Office said Thursday.

No one was hurt in the incident at an intersection in Pasadena but the case involves an illegally obtained gun that Benjamin Jong Ren Hung, 28, brought with him to counterprotest, a prosecution press release said.

Hung, a San Marino resident who also has a home in Lodi, entered into a plea agreement filed in U.S. District Court along with a superseding indictment, the release said.

The 11 felonies include conspiracy, transporting and receiving firearms across state lines, making false statements during purchases of firearms, and possession of unregistered firearms.

According to prosecutors, Hung acknowledged participating in a multiyear conspiracy to make false statements to firearms dealers in Oregon and to illegally transport the firearms to California, evading registration laws. He gave cash to a co-conspirator in Oregon to buy handguns for him and to falsely state that the co-conspirator was the buyer. The co-conspirator then delivered the guns to Hung in California.

Prosecutors said Hung also admitted falsely attesting to firearms dealers in Washington that he was a resident of that state in order to buy four rifles and a shotgun in March 2020, and also to illegally taking the guns to California.

He also acknowledged possessing three unregistered short-barreled semiautomatic rifles that were seized from his Lodi home in September 2020.

Hung Admits to Having Illegal Gun During Incident

In the Pasadena incident, Hung admitting bringing one of the illegally obtained guns when he accelerated a pickup truck with vanity license plates reading “WAR R1G” toward the intersection where the protesters were gathered. He sounded a train horn installed on the truck, stopped and then continued through the intersection, causing the truck to produce excessive exhaust in a technique called “coal rolling.”

Pasadena police detained Hung and then the FBI took over the investigation.

Free Joints and Beer: Incentives Are Added to Vaccine Drive