'I'm Not Sure I'll Make It Out of This.' Former Councilmember Details Alleged Assault. 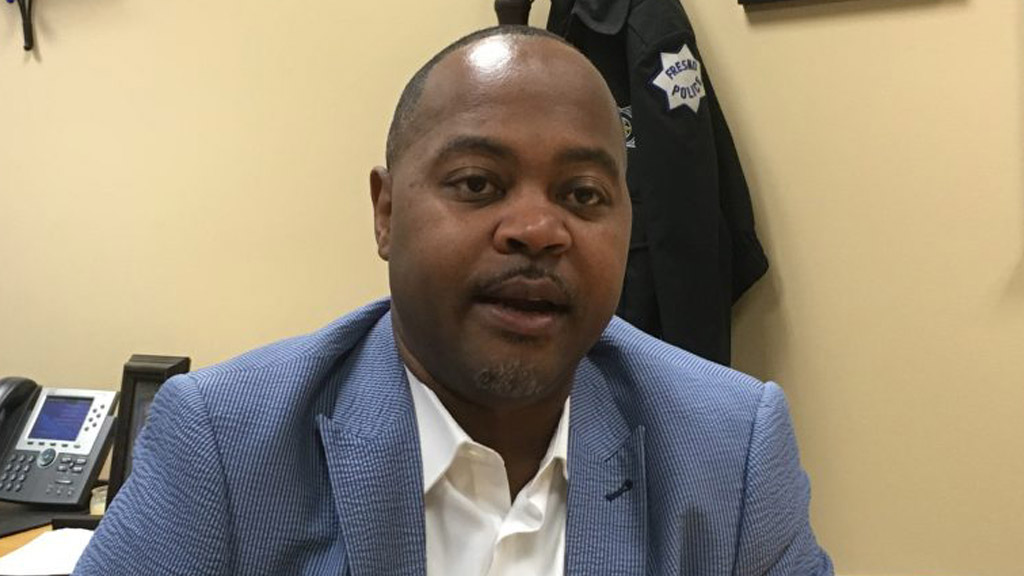 Oliver Baines offered extensive new details Friday on an alleged assault earlier in the week by a long-time friend and aide. But, the former Fresno City Councilmember said the incident had nothing to do with a failed business venture, as was reported by Fresno police in a news release the following day.

“I could not have anticipated he would have any breakdown of that sort,” Baines said. “I get over there and he’s in the middle of probably some type of psychotic episode one way or the other, whether it’s drug induced or naturally occurring.”

Police arrested Eddy, 52, Wednesday night on five counts of assault and being under the influence of drugs. He was released on bail the following morning.

Baines and Eddy used to serve together in the Fresno Police Department. Baines left when he was elected to the city council, serving from 2011-2019. Eddy also left the police department to serve as an aide and eventual chief of staff for Baines.

“We’ve been friends for over 20 years, and I consider him like a brother,” Baines said of Eddy.

Baines currently works as president/CEO of Central Valley NMTC — a business that helps connect businesses with federal tax credits. He also chaired the city’s  Commission on Police Reform last year and is a member of the implementation team selected to put 73 recommendations into place.

“It was terrible, man. I’ve been crying all night,” Baines said.

“I’m nervous. I’m not sure I’ll make it out of this, to be honest with you.” — Oliver Baines

Baines and two mutual friends became concerned around 6 p.m. on Wednesday, when they received “uncharacteristic” text messages from Eddy. They were hostile and nonsensical, Baines said. He decided to check on Eddy at the latter’s residence at the Windscape Apartments in northwest Fresno.

After getting no response and then more bizarre texts, Baines found Eddy in the parking lot.

“He jumps out of the car. He has a gun in his hand. And honestly, I’m not that alarmed by the gun… he’s a former officer and he carries a gun,” Baines said.

“He’s got the gun pressed in my neck and he has his finger on the trigger. And look, I’m nervous. I’m not sure I’ll make it out of this, to be honest with you.

“But I just decide I just got to talk calm to him. Let me talk calm. I can calm down and I just talk as calm as I can. Hey, hey, Ray. I’m here. I’m your boy. I got you. I just kind of repeat that several times. Try not to aggravate him. He’s incredibly aggravated and excited…  I looked in his eyes. He was just detached. I don’t know what was going on. I couldn’t even recognize the person that I was looking at,” Baines said.

Baines said he left for his vehicle while Eddy continued to make threats. Eddy followed and held the gun to Baines’ neck, he said.

Baines said Eddy had him at point blank range.

“Let me just see if I can continue to just keep him calm. I don’t want to do anything to aggravate him. So obviously, whatever’s going on, he’s not in reality at the moment,” Baines said.

“I rolled down the window and he hits me with the butt of the gun in his hand and he pulls me out. He hits me again, you know, maybe two or three times. I fall to the ground and kind of black out for a minute. And I finally regain my balance… my equilibrium is off. I’m able to get back in the car. And I didn’t see him and I drove off,” Baines said.

When Fresno police issued a news release about the incident, it said the dispute was over a failed business. Baines disputes that.

“We have a business that we do together. It isn’t failed and we don’t have any major dispute over it,” Baines said. He added the business is building a manufacturing plant in Florida.

Baines said he told police the same account of what happened to him, as he told GV Wire. He believes Eddy went through some kind of mental health breakdown.

“Mr. Baines is the victim and our focus is the assault itself and not the reason for the dispute. Those details will and should be part of the judicial process,” police spokesman Lt. Rob Beckwith said.

Eddy could not be reached for comment, but declined to issue a statement when other media tried to speak with him on Thursday.

Other media reported that the dispute between Baines and Eddy revolved around a failed cannabis business.

“Some of the stories, the way they came out, to just add insult to injury — two black guys and a gun and some kind of way it becomes about drugs?” Baines said. “That’s sickening, you know, sickening to me, honestly.

“It was a double pain because I’ve tried to give a lot of service to this community and in the right way. And, you know, for that matter, so has Ray,” Baines said.

Baines said he wanted to set the record straight.

“I was so disgusted the way it was being portrayed,” Baines said. “I just got  insulted. I’m deeply f****** insulted.”

Baines did say that he and Eddy served on an unpaid advisory board for a local cannabis business. Baines said he could not even remember the business’ name of because his role was so limited.

Section of Highway 1 That Collapsed During Storm Reopens