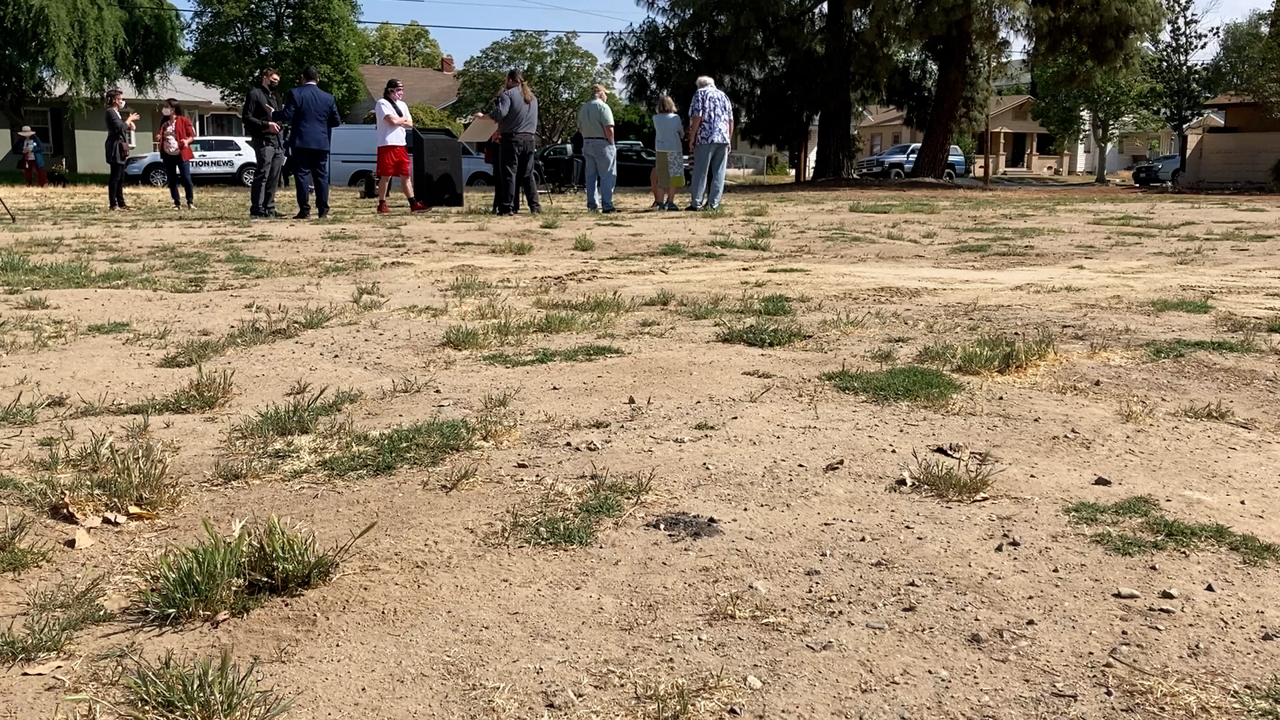 The corner of Broadway and Elizabeth Street in Fresno’s Tower District is nothing but dirt, weeds, and a few outlying trees. It was once home to a police substation, but for four years, residents have dreamed of turning it into a neighborhood park.

One of Several Possible Park Sites

Arias plans to ask his fellow councilmembers to approve the revocation of the site’s designation as surplus city property on Thursday. Then, he says the administration would be directed to begin the design process for the park.

“My hope is to have everything ready to put out to bid for construction by November of this year,” said Arias. He believes the buildout would take about year from that time.

Arias says the City Council is also looking at investing in two other parks in the Tower District.

“So at the end of the process, the Tower neighborhood, south of Olive, will have three new renovated parks that the community has been asking for, for decades,” he said. 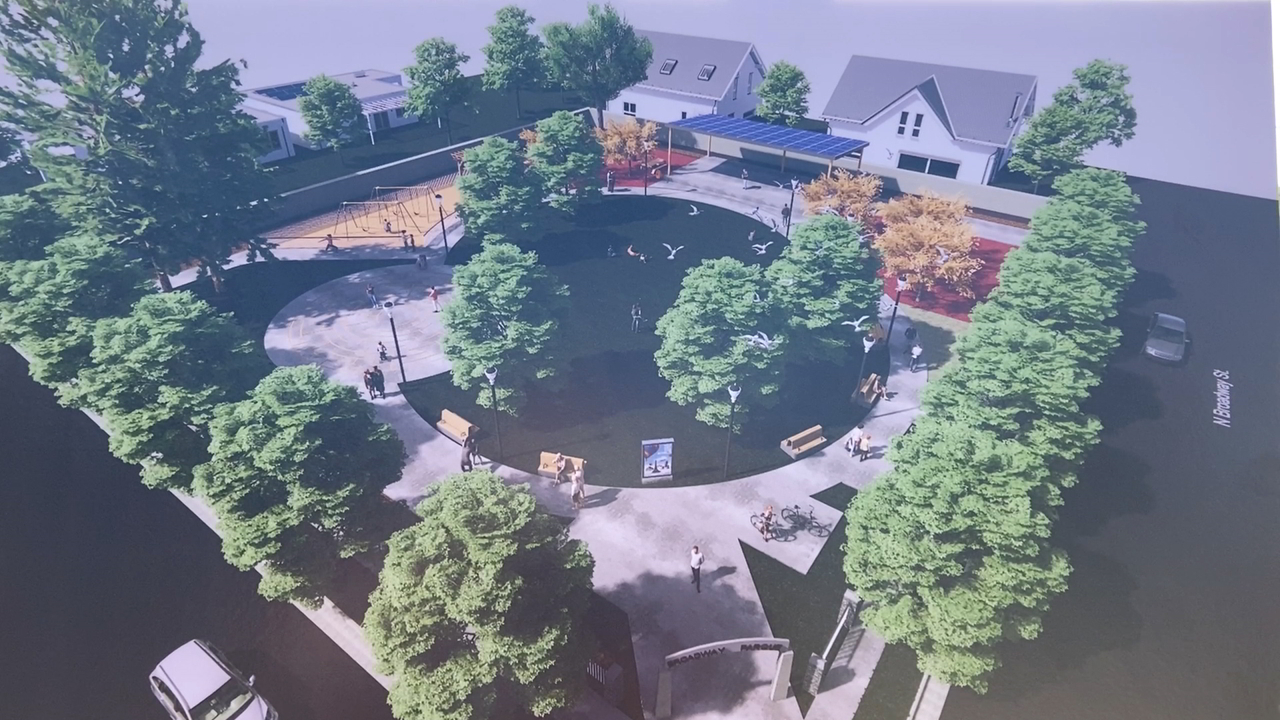 Artist rendering of what a new park in the Tower District could look like. (Broadway Parque Committee Image)

A Facebook group called “Broadway Parque” was formed in an effort to bring a park to just south of the Tower District.

Alex Desiga is the group’s chairperson.

“For most of its life, this property was a police substation,” Desiga said. “But four years ago, with the clearing of that substation came the ability to dream of other possibilities for this neighborhood.”

She says landscape architect Bob Boro volunteered his talents to provide artist sketches for what the park could look like.

“Our committee is committed to staying actively involved through construction and care of the park after completion,” said Desiga. 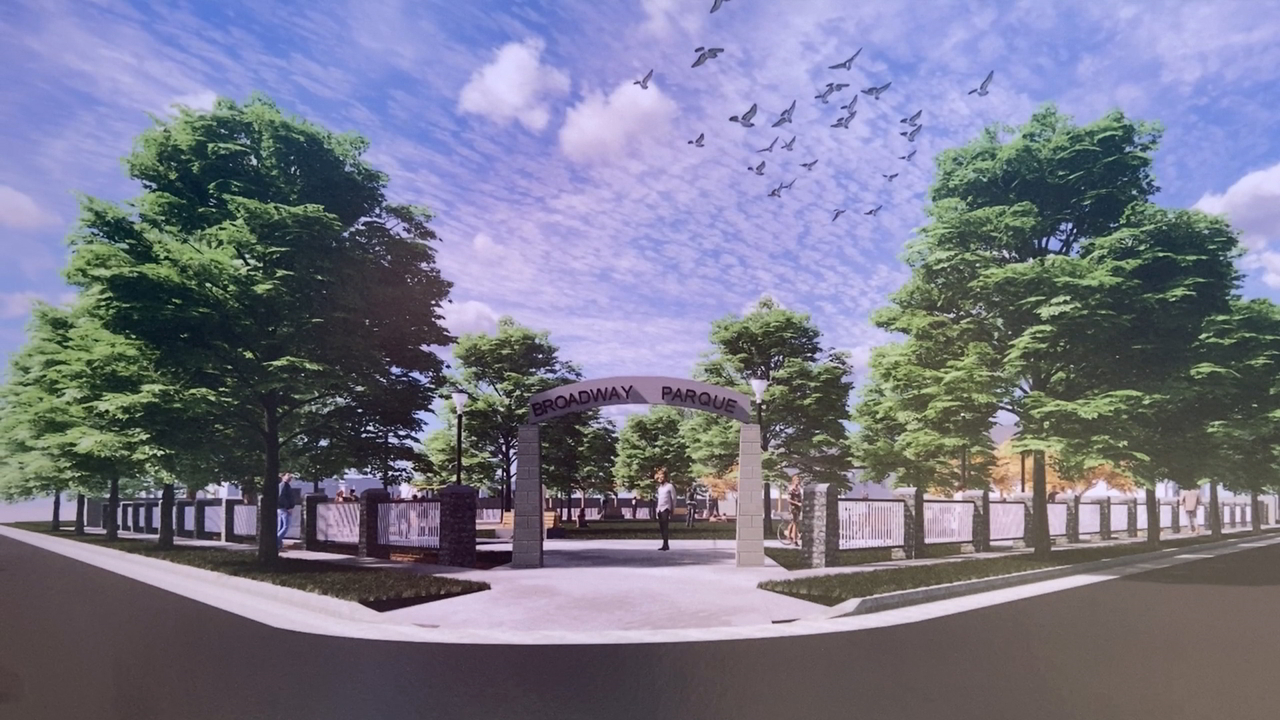 Artist rendering of what the proposed park in the Tower District could look like. The park doesn’t have an official name yet, despite ‘Broadway Parque’ being put in the sketch. (Broadway Parque Committee Image)