Peet’s Coffee & Tea is planning a soft launch of their ‘proudly pouring’ location in Fresno at Bullard and West – maybe by Saturday. It’s located inside The Post (site of the former Bullard Pharmacy).

Peet’s signs are up, coffee beans are stocked up, and the sounds of milk steaming filled the store as employees went through training Wednesday. If everything goes well, they’ll try to open Saturday (call the store before you go).

In statement to GV Wire℠, Peet’s Coffee says that although this location is not a company owned and operated café location, it is a partner location.

“Peet’s is proud to have local partners in markets such as Fresno where our freshly brewed coffee is provided to consumers through “proudly pouring” locations,” says a Peet’s coffee spokesperson by email. “These locations offer and serve Peet’s coffee but are not café operations owned or operated by Peet’s Coffee, Inc.”

GV Wire℠ was allowed in to take videos and pictures inside while workers brewed up their first cups. 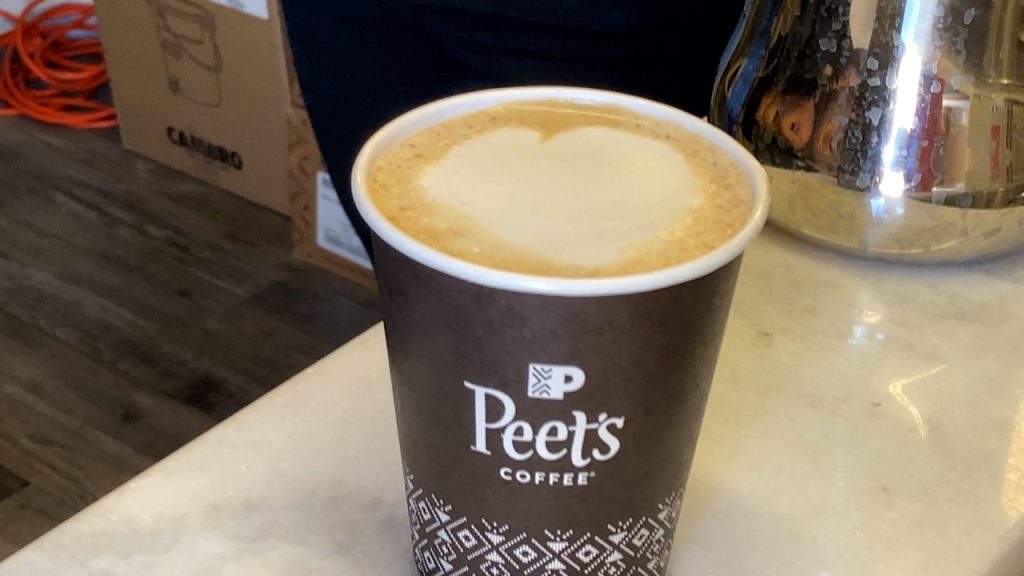 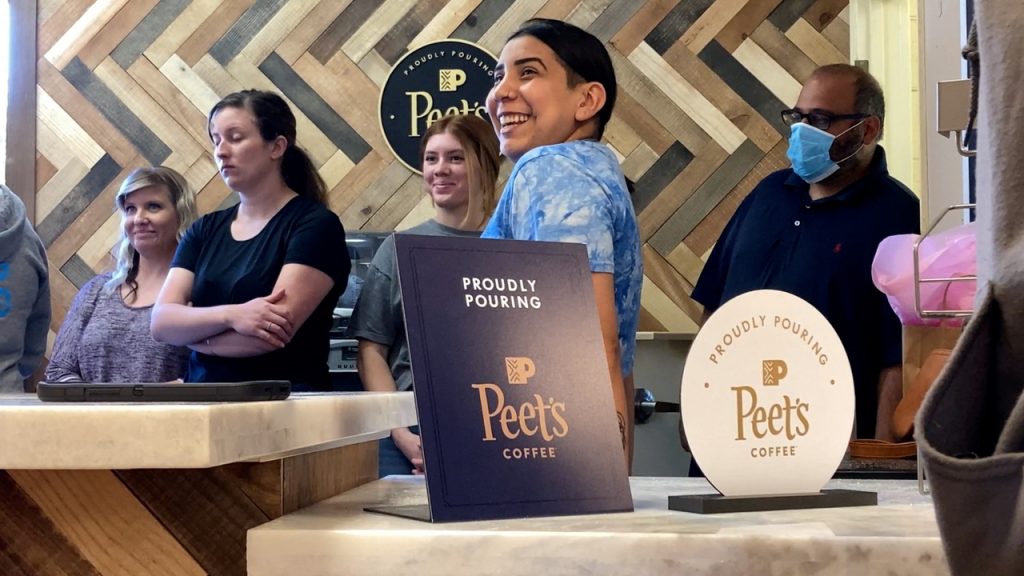 The Origin of Peet’s Coffee

Alfred Peet opened the doors of his first coffee store in Berkeley in 1966. According to Peet’s website three young entrepreneurs approached Peet in 1971 to learn the critical roasting and blending aspects of the coffee business.

In 2014, Peet’s bought Mighty Leaf Tea and incorporated it into its business model.

In 2016, Peet’s celebrated its 50th anniversary by introducing a blend inspired by Mr. Peet, known as “the Big Bang” of coffee.

According to its website, the company uses “the top 1% off coffee beans from the world’s best growing regions in a way that honors farmers, respects the environment, and recognizes the role of communities.” 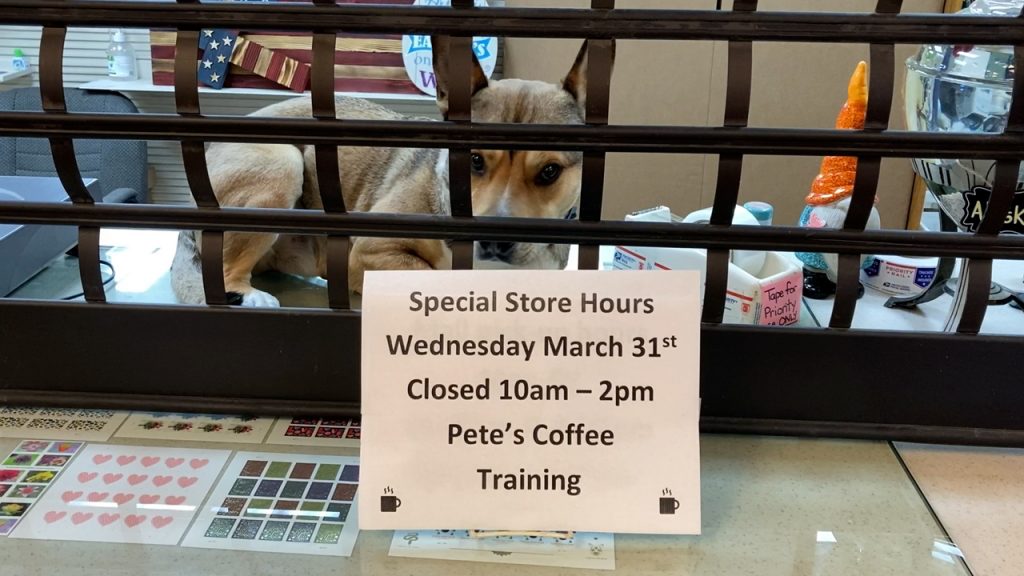 A dog keeps watch over the postal counter inside ‘The Post’ while employees train for the opening of a Peet’s Coffee counter a few feet away. (GV Wire/Jim Jakobs)

Owner Sabrina Rotellini, a customer of the former Bullard Pharmacy, sees the potential for success at the location.

“I’ll serve basically everything that they sell at a regular Peet’s Coffee and Tea,” she told GV Wire℠ in January.

Rotellini’s store is a combination of the new coffee store, plus cards, gifts, home decor, specialty foods, and a USPS. There are also plans for a wine bar to be situated right next to the Peet’s counter at the back of the store.

The initial Peet’s hours will coincide with the store’s 9 a.m. to 6 p.m. schedule. Plans call for expanding to earlier morning hours as the customer base grows. 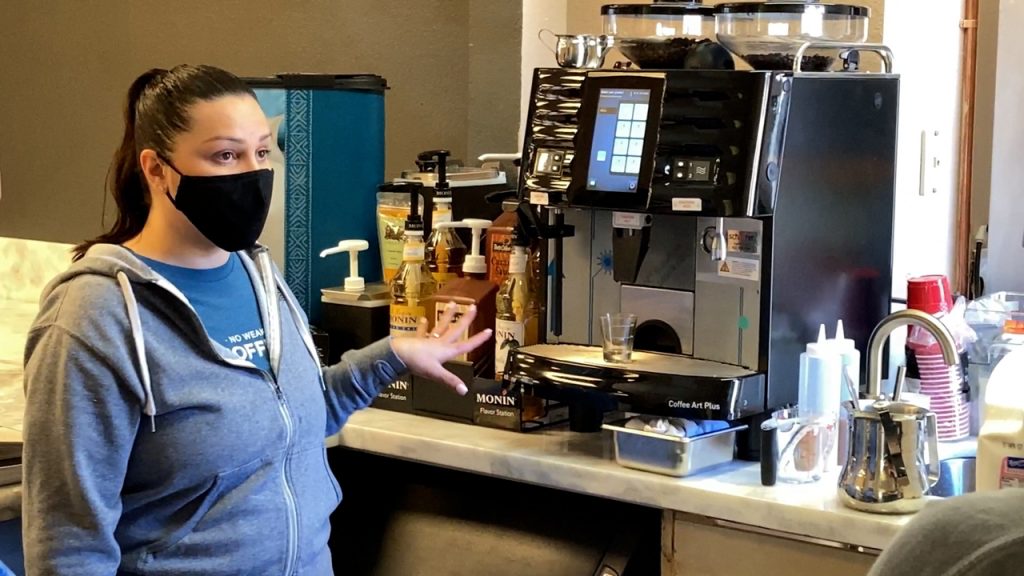