With 1,614 fires already since Jan. 1, the Fresno Fire Department is dealing with a nearly 43% increase over the same period a year ago.

All types of fires in Fresno are on the rise, but “we definitely have seen a huge spike in fires that are involving homeless activity,” says Fresno City Fire Department public information officer Shane Brown. “That number itself is up 90% when you compare year over year statistics.”

Prior to last year, the Fresno Fire Department had never recorded more than 500 fires in one month. 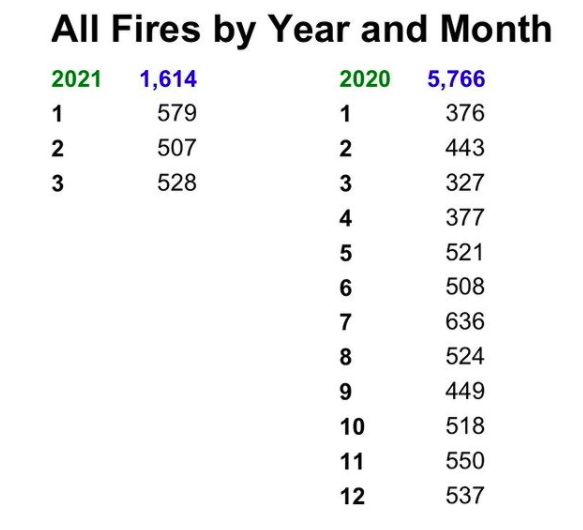 Brown says the pandemic may be playing a role in some of the increase. 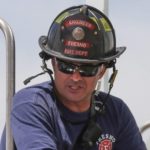 “People are staying home more specifically more last year and then that’s just going to add to more accidents at home — because people would normally be at work or gone or traveling,” explains Brown.

Though the numbers aren’t as substantial a jump as those involving the homeless, Brown says his department has seen more garage fires caused by hobbyists working on projects.

“The highway fires right now, at this time, they are down,” says Brown. “We are seeing that what (Mayor Jerry Dyer) is doing is actually making an impact.”

Brown is referring to Dyer’s effort to house homeless people who had been living along Fresno’s major highways.

Project Off-Ramp is the city’s effort to encourage homeless people to take advantage of motel housing and public services that will get them off the streets and back on their feet.

“I think the summertime is going to tell us a lot because the summertime was incredibly busy for us last year, specifically along the highways,” says Brown.

Brown says the data the department relies on can all be found by anyone with just a few keystrokes, or clicks on a smartphone.

“That dashboard actually is an interactive tool for the public to see just exactly what your fire department is doing,” says  Brown. (Tool is below. You can also access it by clicking HERE.)

Helmet camera footage from a firefighter off Engine 9 shows the intense flames crews faced on March 2 on Terrace Avenue.