He kept it up at a mind-boggling clip, filing 110 lawsuits over the next four years.

California’s next attorney general will likely turn the focus inward. The office has huge responsibilities within the state, including consumer protection, gambling and firearms regulation, internet privacy enforcement and criminal investigations.

Under a new law signed last year, the California attorney general also will be tasked with investigating all deadly police shootings of unarmed civilians. It’s one reason civil rights advocates are pressuring Newsom to appoint an attorney general who will take a more active role in rooting out police misconduct — something Becerra largely declined to do.

“I really would like a robust Department of Justice taking the lead on this issue to hold police accountable,” said Kate Chatfield, senior legal analyst at The Appeal, which advocates for progressive changes to the criminal justice system.

The attorney general is also the state’s top cop, and traditionally comes to the job with a law enforcement background. So Newsom is also facing pressure from prosecutors and police — though they are more discreet about it.

“At such a critical time, with so many issues facing law enforcement and our communities, above all else we need an Attorney General with public safety experience who can bring groups together to find solutions,” Eric Nunez, president of California Police Chiefs Association, said in a statement to CalMatters.

Newsom has been very guarded about his process for picking the next attorney general, and did not answer a reporter’s question about what qualities he seeks. With a potential recall looming, it’s likely the governor wants a strong ally in the office — not a political climber who might take a stab at challenging him in a future election. But he also probably wants a good politician who can successfully win re-election in 2022.

And then there’s the question of how far left Newsom wants to go. Will he pick a progressive attorney general who helps him shore up his liberal base? Or a more moderate Democrat who keeps him in good standing with law enforcement?

Here’s a look at top contenders to be Newsom’s state attorney general choice, and a caveat: There’s a chance that his ultimate pick is not listed here. An appointment like this is a secretive process with no requirements for the kinds of public disclosures that take place in an election. The last time California went through this exercise — in 2016, when then-Gov. Jerry Brown replaced then-attorney general Kamala Harris after she was elected to the U.S. Senate — the selection of Becerra came as a complete surprise. 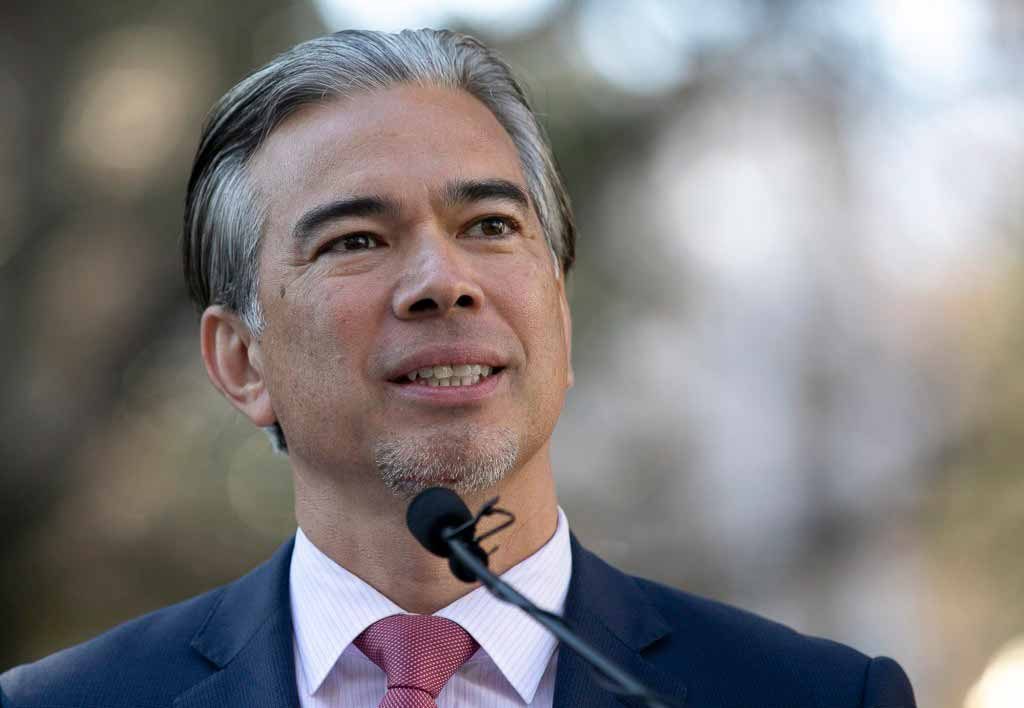 Bonta and Newsom have been allies in making some changes to the criminal justice system. Both pushed for a legal marijuana marketplace (approved by voters in 2016) and an end to the use of cash bail (overturned by voters in 2020). They also worked together to phase out California’s use of private prisons, something Newsom called for in his 2019 inaugural speech that Bonta wrote up as a bill that the governor signed into law.

He’s among the Assembly’s most liberal Democrats, and is often at odds with law enforcement. Choosing him might damage Newsom’s relationship with police.

Ethics attorneys have questioned Bonta’s pattern of raising money for groups that employ his wife. A CalMatters investigation found that he helped his wife’s nonprofits raise more than $560,000, largely by soliciting donations from companies that lobby the Legislature. He also asked interest groups to donate to a foundation he created, which in turn loaned $25,000 to his wife’s employer. The arrangement is legal but controversial. Said former chair of California’s political watchdog agency Ann Ravel: “I think it is highly inappropriate and should be illegal.” 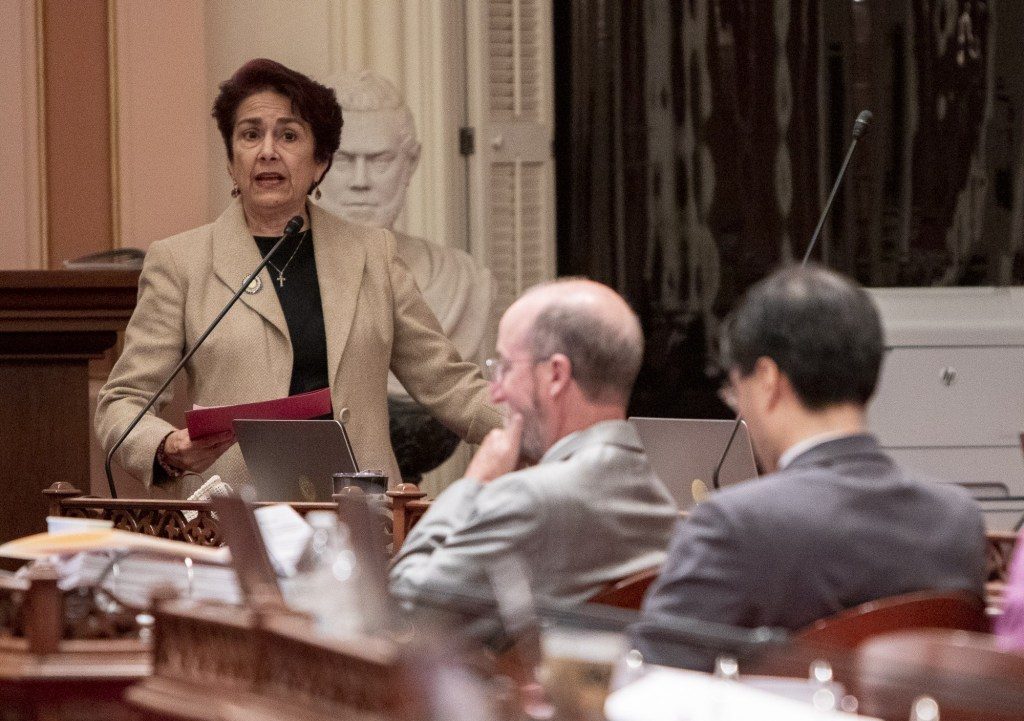 Sen. Anna Caballero speaks in favor of AB 5, a bill that would re-classify contract workers, during the floor debate on September 10, 2019. Photo by Anne Wernikoff for CalMatters

Caballero has strong relationships with law enforcement, experience leading a state agency and a background providing legal services to needy Californians. In 2019, she played a role in negotiating the state’s landmark law limiting police use of deadly force — by carrying an alternative bill that police unions backed. It didn’t make the changes that civil rights advocates sought but served as a tool that helped forge compromise between the two sides, which Newsom wanted. In the end, he signed both her bill to require conflict de-escalation training for officers, and the other bill that limited the circumstances when police can shoot. She spoke openly about her fear, as a Latina mother, that her teenage son could be harmed by police, telling CalMatters that she told him: “‘They’re going to see you as a Mexican kid.’”

California has never had a Latina attorney general, and Newsom likes making history.

Caballero represents a rural swing district and may be more conservative than most Democratic voters statewide. By plucking her out of the state Senate, Newsom would force a special election that Republicans could have a shot of winning. 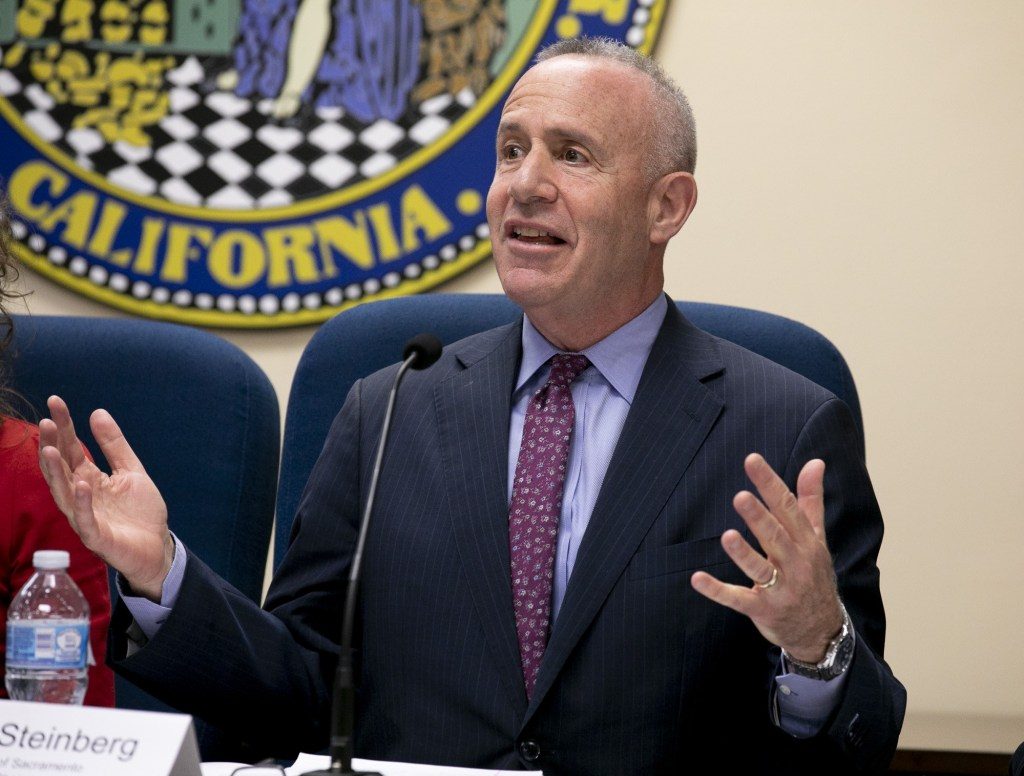 Steinberg has substantial experience as a political leader in periods of upheaval. During six years as leader of the state Senate, Steinberg helped broker a bipartisan deal to fix the state’s massive budget deficit and craft a plan to reduce the prison population after a federal court ruled prison crowding unconstitutional. He led the historic effort to suspend three fellow Democratic senators indicted on criminal charges. As mayor, he’s been in the middle of the debate over how to improve policing since 2018, when Sacramento officers killed an unarmed Black man in his grandparents’ backyard, sparking massive protests. Steinberg eventually introduced reforms, creating an inspector general to investigate police shootings and a new system for routing non-criminal 911 calls to social workers instead of police.

He and the governor are friends: Steinberg endorsed Newsom early in his gubernatorial campaign; Newsom appointed him to lead a panel pursuing strategies to reduce homelessness.

Local activists have criticized Steinberg for not doing enough to hold police accountable or provide shelter for homeless people. Police complain he hasn’t given them enough say in his reforms.

During his final year as Senate leader, three staff members lost their jobs after the Sacramento Bee revealed a pattern of nepotism among administrators and security personnel. The FBI raided the Capitol and two senators were sent to prison for corruption, while a third was convicted of perjury. Steinberg was not implicated in his colleagues’ crimes, but he was the face of a troubled institution. 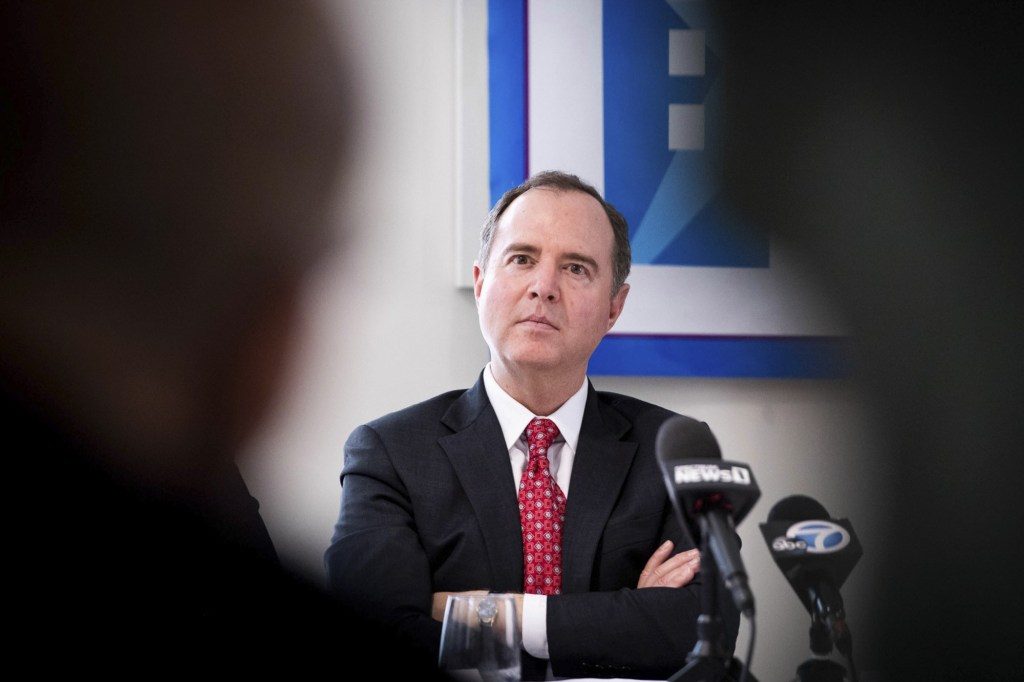 Schiff developed a national profile for his leading role in the first impeachment of President Donald Trump, earning him accolades as an up and coming Democrat (and multiple nicknames from the Twitter-obsessed president). Being a Trump antagonist gives him a sheen of political stardom and could play well with California voters.

His robust campaign warchest could demonstrate that he’s prepared to run for statewide office. His close relationship with House Speaker Nancy Pelosi — The New York Times called him one of her “most trusted confidants” — could help him build trust with Newsom, as the governor and Pelosi have family connections that go back generations. Axios reported that Pelosi has given Schiff her approval to seek the state appointment.

As a moderate Democrat and a former federal prosecutor, Schiff would likely be welcomed by law enforcement.

His tough-on-crime record makes him unpopular with progressives — and out of step with Newsom’s more liberal criminal justice record. As a state lawmaker in the late 1990s, Schiff wrote legislation permitting longer prison sentences and allowing 14-year-olds accused of rape or murder to be tried as adults without input from a judge. In Congress, he voted for the Patriot Act that widened police power to surveil Americans, and to expand the federal death penalty. Newsom issued an executive order to halt executions in California. 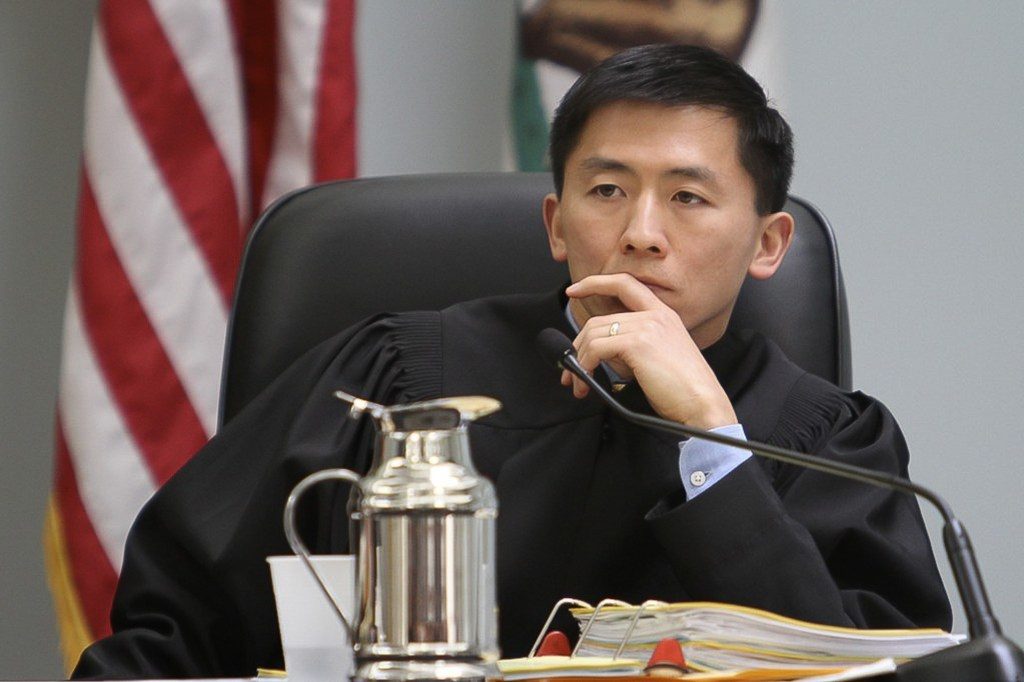 Liu gained national prominence a decade ago when Republicans in the U.S. Senate blocked his nomination to the federal court, dealing then-President Obama his first major defeat in judicial nominations. Gov. Jerry Brown then appointed him to the California Supreme Court, where he has cemented his reputation as a liberal jurist, writing decisions that favor workers over employers, and becoming what UC Berkeley law school dean Erwin Chemerinsky called “the court’s leading voice on criminal justice reform.”

He’s endorsed by labor leaders, legal scholars and some criminal justice reform advocates, including a former prison inmate who met Liu when the judge took his staff to visit San Quentin.

It’s unusual for a high-level judge to move on to an elected office like attorney general, so the potential for Liu to be successful in politics is unknown. Although his supporters have framed his lack of political experience as an asset, he would likely begin his tenure as attorney general without the political infrastructure to help him win reelection next year. 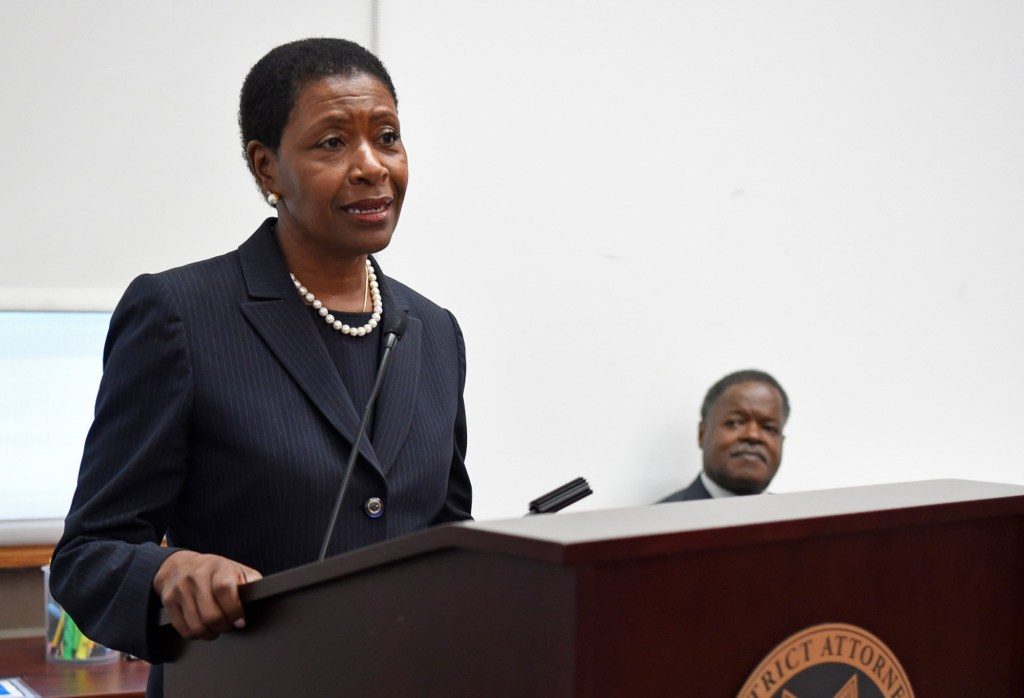 As part of a cadre of progressive prosecutors who advocate reduced sentences, ending cash bail and prohibiting the trying of juveniles as adults, Becton aligns with many of Newsom’s positions and would likely please his liberal base. After George Soros and other liberal donors poured millions into a handful of California district attorney races in 2018, she was the only winner of the bunch. Among her swift changes: requiring her office make a public report on every fatal police shooting.

The Legislature’s Black caucus has endorsed her for attorney general, calling her “the transformative candidate for these turbulent times.” The women’s caucus also recommended her.

Attorneys in Becton’s office have openly accused her of political retaliation and criticized her leadership style, contributing to what the Bay Area News Group described as an exodus of at least a dozen employees. In one case, prosecutors chastised her plea deal that freed a man from death row without adequately testing two rape kits. Office conflicts boiled over at a public hearing over her reprimand of a deputy district attorney.

Amid the pandemic restrictions prohibiting parties that bring multiple households together, Becton hosted a backyard wedding in August with about 30 guests, the San Francisco Chronicle reported. 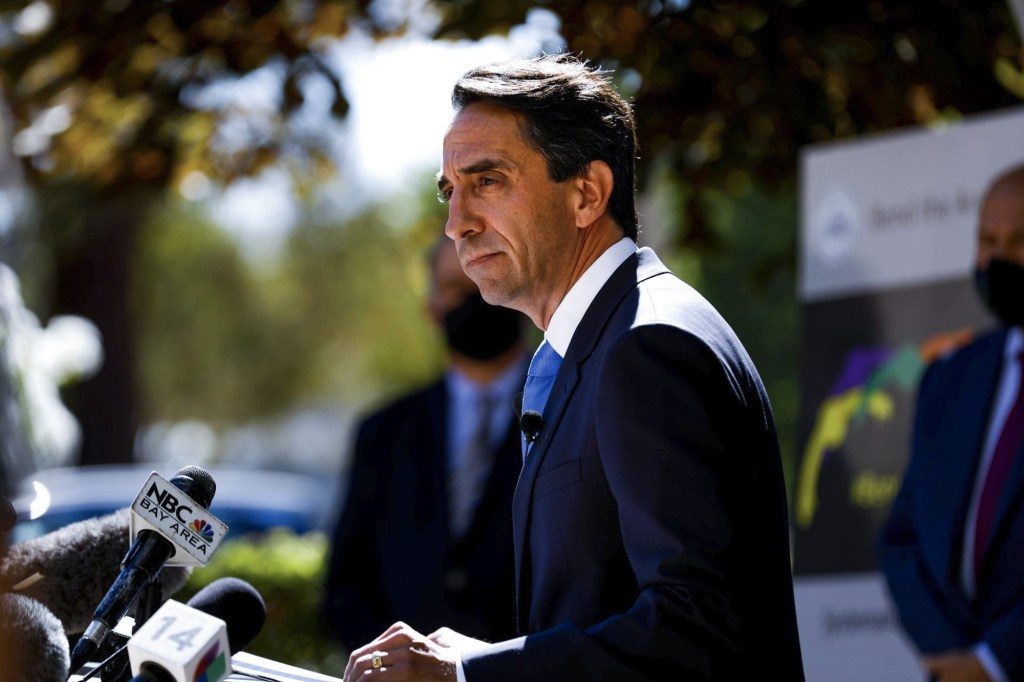 A career prosecutor who has led one of the state’s largest district attorney’s offices for the last decade, Rosen has the resume of a traditional attorney general. He heads an office of more than 600 people tasked with prosecuting crime in Silicon Valley, including the high-profile rape trial of Stanford student Brock Turner.

Last year, Rosen announced changes meant to bring more racial equity to his county’s criminal justice system. He said he would stop seeking the death penalty and work to end the use of cash bail in California — putting his stances in line with Newsom’s. The policy changes earned him cautious praise from criminal justice reform advocates.

Yet Rosen still has support from the more conservative side of his profession. The California District Attorneys Association praised Rosen’s “surpassing legal acumen and unassailable integrity,” in a letter to Newsom that CalMatters obtained. A spokesman for the association said Rosen was one of several attorneys the group recommended, and that it wouldn’t release their names out of deference to the governor’s difficult decision.

Before turning against the death penalty, Rosen actively campaigned for it in 2012, when Californians voted to retain it. Nor was that the only time he’s been at odds with progressives. In 2018, he challenged a law that prohibits charging juveniles under 16 as adults, a change activists had pushed for. After the Turner case, Rosen opposed recalling the judge who issued a light sentence — a stance outraged voters rejected by tossing the judge.

Laurel Rosenhall covers California politics for CalMatters, with a focus on power and personalities in the statehouse. Her stories explain political dynamics in the Capitol and examine how money, advocacy and relationships shape the decisions that affect Californians.