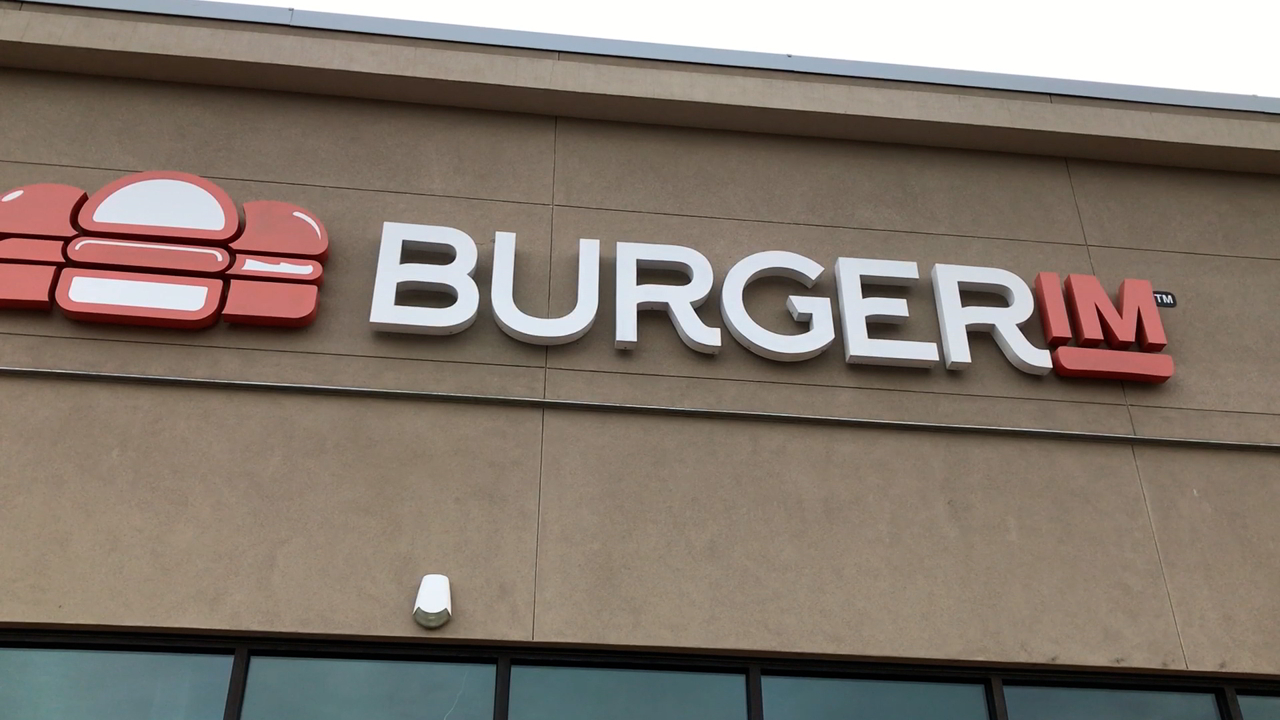 Local entrepreneurs who invested in a high profile national burger chain are now facing huge financial losses from what has been described as a “Ponzi-scheme” type operation.

Several Burgerim (pronounced burger-eem’) restaurants opened in Fresno and other Valley locations starting in 2018. The California-based, fast-casual chain’s local outlets were operated under franchise agreements with owners who bought in for an initial fee of $50,000, plus the costs of building out their locations to corporate specifications which could run as high as half a million dollars.

But a plethora of questionable business practices by Burgerim and its founder, Oren Loni, contributed to the rapid decline of the the company’s fortunes — and those of its local franchise holders.

The situation prompted legal action recently by California regulators, who say Burgerim executives misled local owners about financing, failed to provide marketing and other support to restaurants, and reneged on providing promised refunds to those trying to get out from under their franchise agreements.

“Burgerim and Loni concealed the number of cancellations and refunds, mismanaged franchisees initial franchise fees, bounced refund checks, and abandoned its franchise obligations,” according to a February legal order issued against the company by the state’s Department of Financial Protection and Innovation.

In the middle of it all, Loni fled the country after collecting an estimated $57 million in franchise fees, including at least $23 million from California franchisees alone, the agency said.

His departure revealed a franchise that operated much like a Ponzi scheme, according to Restaurant Business magazine, which published a lengthy series of articles on the company’s rise and fall.

“Most of these franchisees were inexperienced in restaurants or franchising—teachers, cooks, accountants, police officers, engineers, war veterans and real estate professionals, many of whom drained savings accounts and retirement accounts to pay their fee, all hoping for a piece of the American dream,” the magazine said.

Hundreds of Burgerim’s locations have now closed, including those in Fresno and Clovis. Other planned local locations never got off the ground. And the owner of a surviving location in Visalia is struggling to stay afloat.

Many Burgerim franchisees drained their retirement and savings accounts to pay the $50,000 initial franchise fee, investigators found. “Some used their credit card to finance the fee, based on Burgerim’s promise of quick profitability, and a no hassle refund,” California officials said.

Burgerim originated in Israel and translates to “many burgers” in Hebrew. Specializing in “customizable, sensibly-sized” mini burgers, local franchisees say they were sold on the concept and felt like they’d have support from the corporate office to grow their locations. But, that support never materialized.

“They (Burgerim) never answered their phone.”–Preet Toor, invested with two others in failed effort to open a Burgerim next to Dave & Busters in North Fresno

Fresno was supposed to have three locations. One opened in 2018 on Friant Road in northeast Fresno next to Dave and Busters, where Burgerim signage still hangs on the building.

The restaurant was eventually sold to Preet Toor, who took over the franchise with two other partners just before the pandemic hit. He said he was only able to open the restaurant for a few days. He said Burgerim’s corporate headquarters offered no help.

Two other locations in Tulare and Visalia are still in operation. But owner Rose Oganeysan says her experience with Burgerim has left her so scarred she’s thinking about selling them after the pandemic ends. She said the company owes her over $1 million dollars. 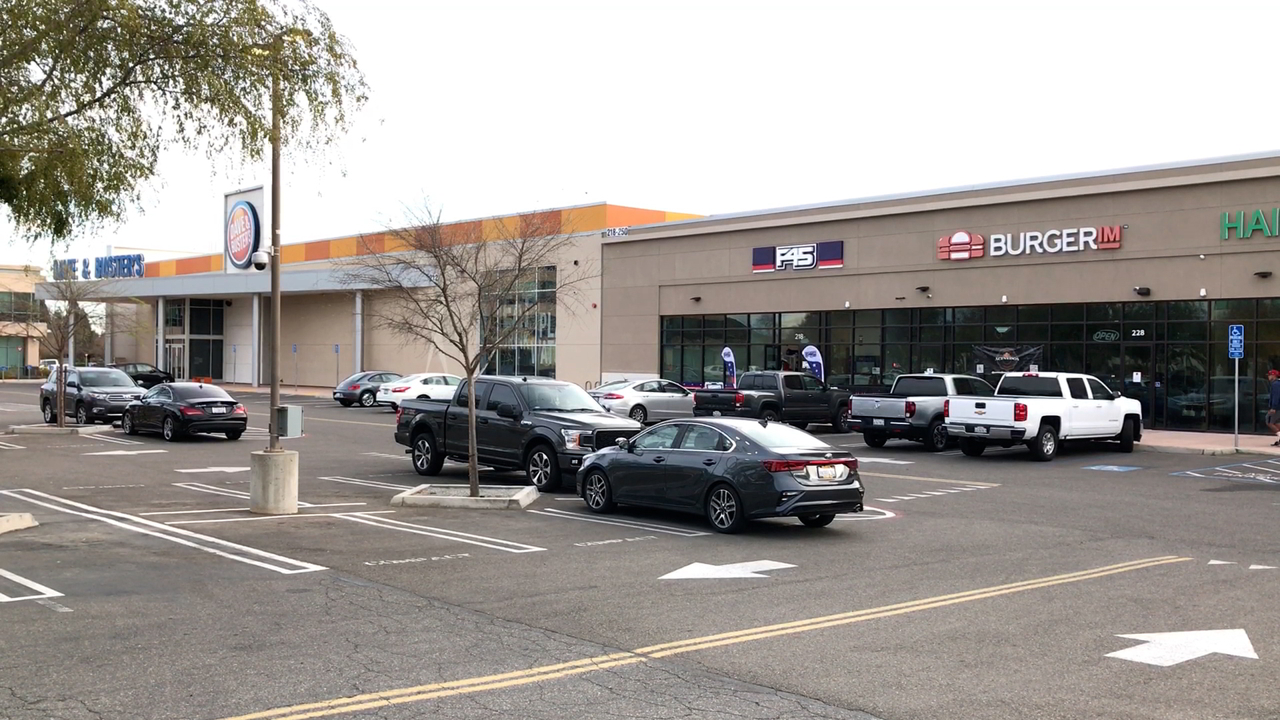 An empty Burgerim restaurant remains a symbol of what could have been. The pandemic’s closure of nearby Dave & Busters dropped traffic to the restaurant tremendously according to one of the investors. (GV Wire/Jim Jakobs)

Loni abandoned Burgerim’s California headquarters in Encino in 2019, state authorities said, leaving franchise agreements and documents behind. He then fled the country for Israel, according to reports. The corporation continues to operate under new leadership.

California’s legal action requires the successor Burgerim company to allow franchisees to get out of their franchise agreements, and to provide them with refunds. It also requires Burgerim to pay a $4 million fine.

“It is one of the largest actions we are aware of,” said Mark Leyes, as spokesperson for the Department of Financial Protection & Innovation.

Leyes says the order seeks relief for all persons who purchased a Burgerim franchise, including persons who did not open an outlet.

Several franchisees told authorities they asked Burgerim’s new CEO Michael Bohbot about refunds, but Bohbot became aggressive and often yelled at them. They were told they must contact Loni — the company’s on-the-run founder — for help, according to records.

Oganeysan says Bohbot never yelled at her, but did pay a visit to her Tulare location once.

“He didn’t scream or anything like that,” says Oganeysan. “He just basically told me he’s going to try to make everything work.” But she says Bohbot stopped contacting her in February of last year and she hasn’t heard from him since.

Toor says he wasn’t yelled at either, but says the lack of communication was a huge red flag. “We e-mailed them, we requested appointments to meet. They never answered their phone calls,” said Toor. 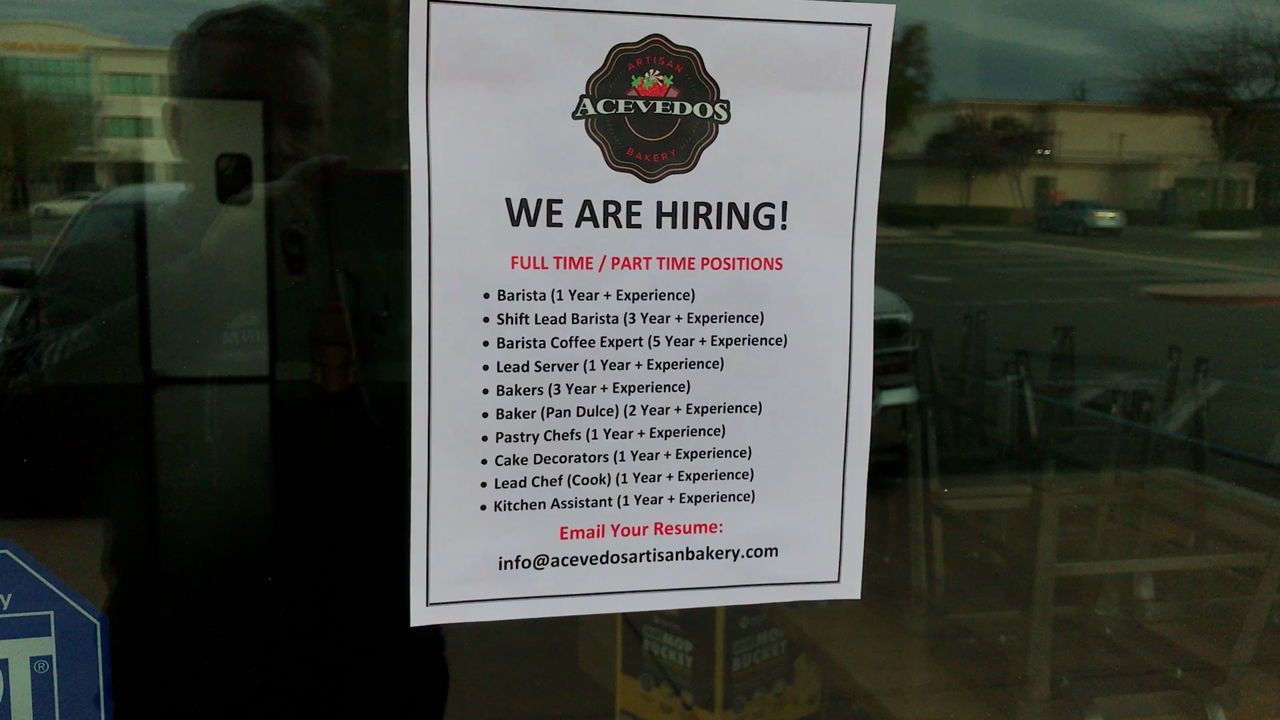 A sign on the door of the shuttered Burgerim next to Dave & Busters advertises jobs for the next business moving in – Acevedos Artisan Bakery. (GV Wire/Jim Jakobs)

“Don’t expect to get your fee back in a one-time check. You can expect pennies on the dollar,” — Burgerim management statement to franchisees

“IFA deeply appreciates the actions of California regulators to investigate and take action against BurgerIM. A healthy franchise system requires that regulators act to enforce the law in a mindful and measured way,” said Cresanti in a statement. “This action sends the message loud and clear that when a company falls short of its well defined obligations, legal consequences will follow.”

In response to California’s enforcement order, Burgerim officials said they will offer franchisees the ability to opt out of their agreement and will establish a fund to pay refunds over time.

But franchisees shouldn’t expect much, Restaurant Business reported earlier this month.  Greg Becker, a franchisee who said he was hired to run the chain’s day-to-day operations last year, told franchisees that there are no assets to pay $50 million or more in refunded franchise fees.

“Don’t expect to get your fee back in a one-time check,” Becker said in a presentation to operators. “Most of you can do the math. You can expect pennies on the dollar.”

Schools Prepare Summer of Learning to Help Kids Catch Up