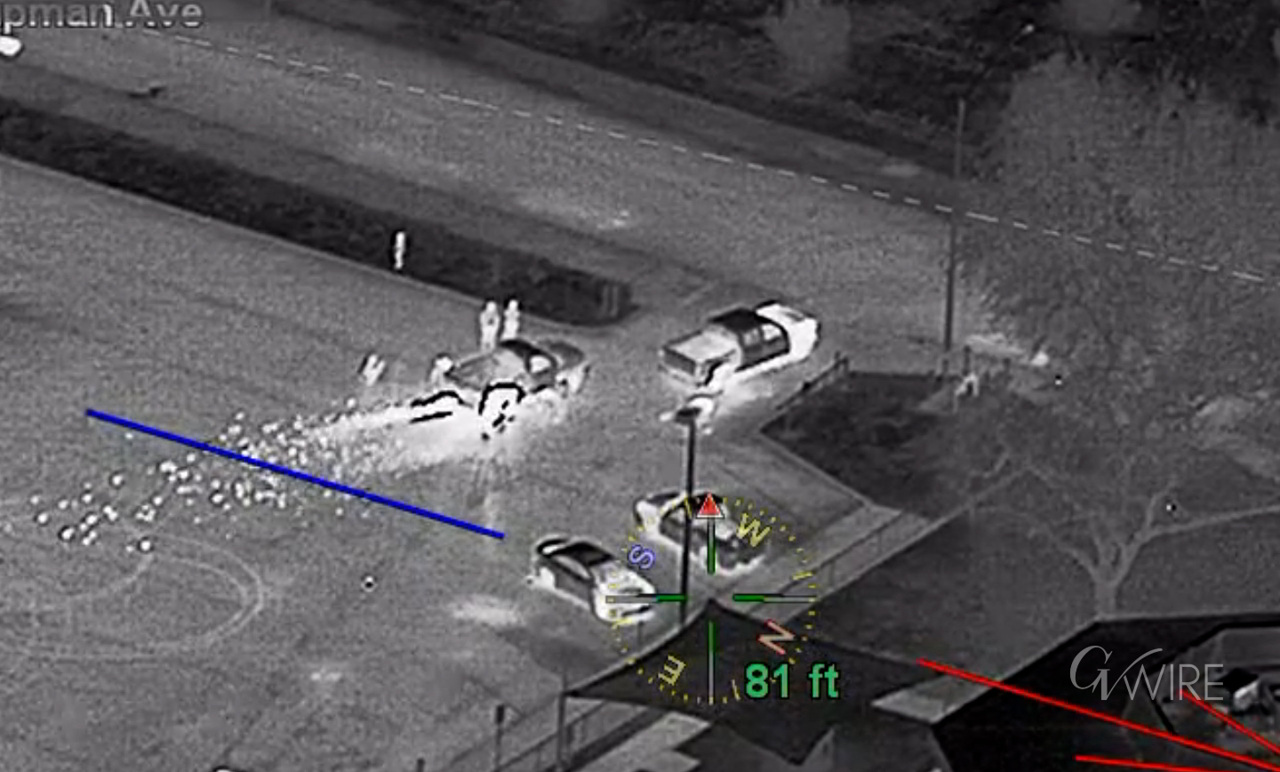 During a recent ongoing multi-agency operation to crack down on speed racing throughout Fresno, a CHP crew working the skies in a fixed wing aircraft spotted something from a distance.

From 3,000 feet above, the pilot noticed what looked like a sideshow happening on Ivy Avenue in southwest Fresno. 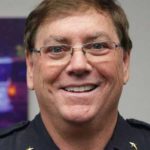 “Our concern was that it looked like there was a small child pretty close to where this car was doing that.”–Fresno Police Deputy Chief Mike Reid

Video from the plane shows a car doing something called a ‘power jack’, where the driver locks the front brakes and spins the back tires. There were also some noticeable skid marks on the pavement from vehicles doing donuts.

“Our concern was that it looked like there was a small child pretty close to where this car was doing that,” said Fresno Police Deputy Chief Mike Reid.

Reid says officers were sent to the location right away and they took someone into custody. “We towed the car in and impounded it for the street racing section,” said Reid.

As for the nearby spectators, when officers arrived it didn’t appear that anyone was in the wrong for aiding and abetting a sideshow or race contest. “We didn’t see anybody that was actually doing that. So we didn’t make any arrests,” explained Reid. 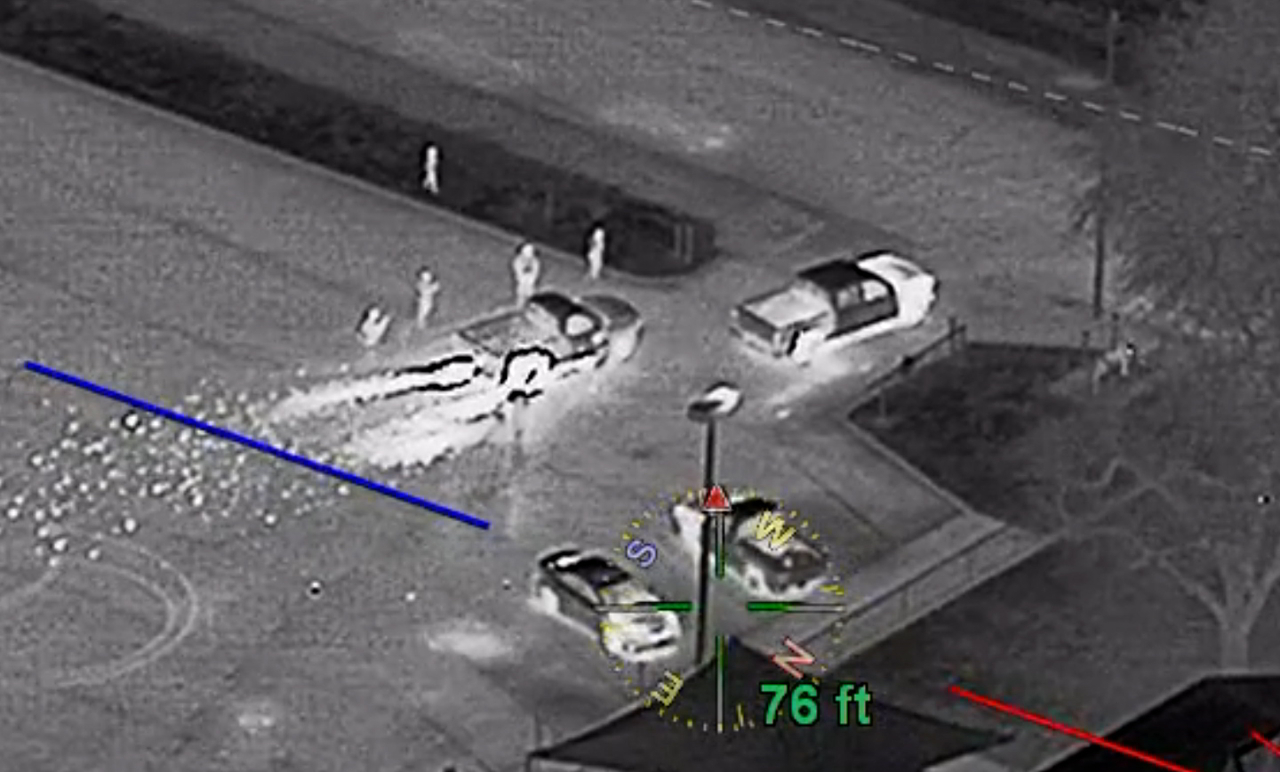 The small white image at the top of the photo is a small child, according to Fresno police. The car is doing something called a ‘power jack’, where the driver locks the front brakes and spins the back tires. (California Highway Patrol)

The recent operation was very similar to one in February where Fresno police teamed up with the CHP, Fresno County Sheriff’s Office, and the Bureau of Automotive Repair to go after illegal street racing and sideshows throughout the city and county.

Some of the main focus areas have been on Blackstone near Nees, and Herndon between Highway 99 and Highway 41.

However, that doesn’t stop the teams of officers from going outside those spots as evidenced by the southwest Fresno sideshow spotted by the officers in the air.

In the latest operation, officers impounded 29 vehicles, 196 citations, 12 DUI arrests. Those numbers are pulled from the 234 vehicles that were stopped in total.

The costs to someone caught racing can be significant, police say.

“If they if they get caught doing anything like this, they might be uninsurable. Then they have other problems that they didn’t anticipate,” said Reid. “The other thing, is if they’ve made modifications to their car we have to have them go up to the Bureau of Automotive Repair to get that certified. So that’s an additional cost.”

Many From the Bay Area

“A lot of the impounds came from folks that were coming out of the south Bay Area,” said Reid. He says it doesn’t appear this was part of any organized event but for whatever reason they were in Fresno.

Reid says there were also several people involved from Fresno.

Sunshine Week: Some Local Governments Keep Info in the Dark