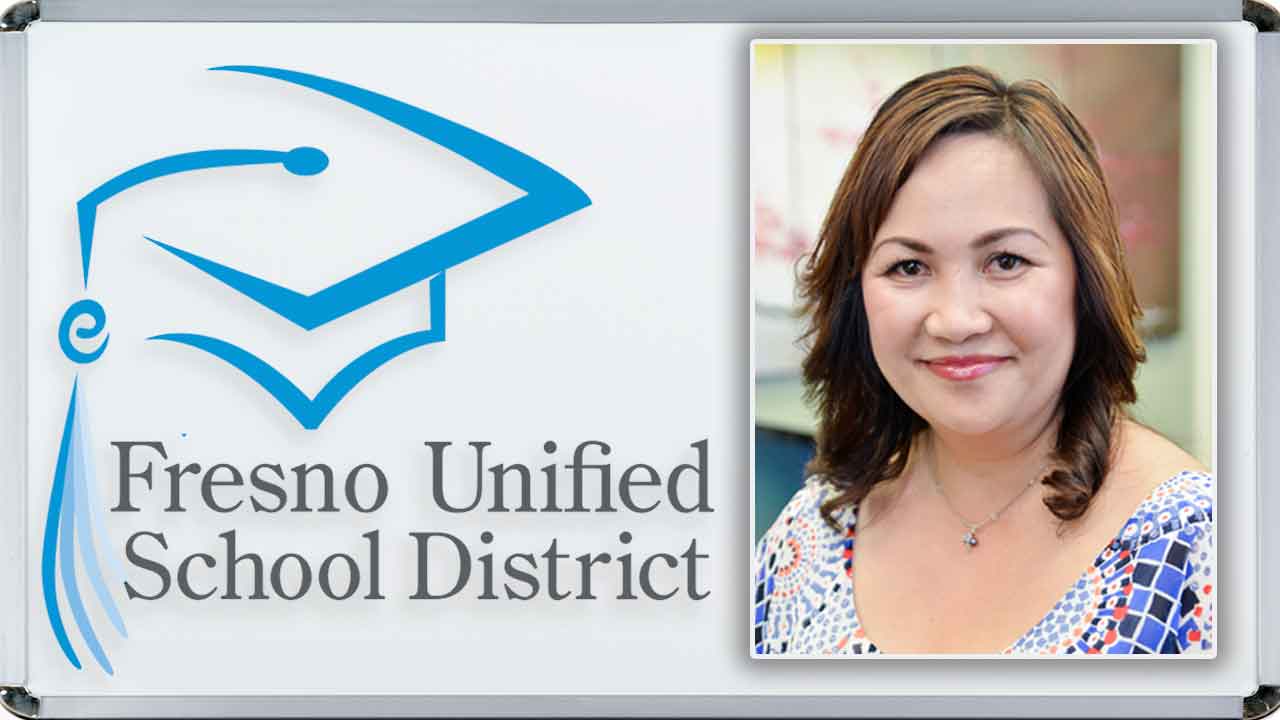 Fresno Unified said the appointment makes Her the highest-ranking Hmong K-12 educator in the nation.

Her, whose family came as refugees to the U.S. and moved to Fresno when she was 6 years old, told trustees at Wednesday’s School Board meeting that she spoke no English when she started school at Jefferson Elementary. She cited encouragement from her teachers and others as inspiration to become an educator.

After graduating from high school, Her got her bachelor’s and master’s degrees from Fresno State and then began her first job at Fresno Unified as a bilingual instructional aide. She rose through the ranks, working as an elementary school teacher, vice principal, principal, assistant superintendent, and instructional superintendent.

“I just can’t convey to you this moment and this position truly, truly defines what an education can do for a child,” she told trustees.

Her introduced her husband and three children, including her younger son Gabriel, a Fresno Unified student. She also spoke briefly in Hmong to her parents and mother-in-law, addressing her remarks “especially to my mom, because she’s such an incredible woman.”

Fresno Unified did not provide information by Thursday afternoon about the compensation Her will receive as deputy superintendent.

Update: Fresno Unified spokeswoman Nikki Henry said Thursday evening in an email that Her’s deputy superintendent salary has yet to be negotiated. Henry said Her’s annual salary as instructional superintendent for the current fiscal year is $201,801, “which included a challenging work assignment of $10,015.” She could not immediately provide details about the work assignment. Henry also did not provide information about Her’s total compensation, which includes retirement and other benefits.

Nelson told GV Wire℠ last year that he wanted to revise the deputy superintendent’s job to focus more on academics. He said then that the person hired for the job would focus in particular on at-risk students who struggle the most with academic achievement.

That hasn’t changed, Henry said Thursday. “Misty’s primary focuses will continue to be defined through the transition period of her moving into the Deputy Superintendent role, with a major focus on academics which will always include engaging our parents and families,” she said.

The job of deputy superintendent was previously held by Ruthie Quinto, also the district’s chief financial officer, who left in September and is now Malibu’s city treasurer. Due to a negotiated separation agreement, Quinto remains on paid leave through Sept. 30, 2021.

Related Story: FUSD Board Agreed to Fund CFO’s Pensions in Addition to Year of Pay When ...

Fresno Unified Trustee Terry Slatic told KMJ radio co-hosts John Broeske and Christina Musson on Thursday morning that he left Wednesday’s School Board meeting “in disgust” after a question he asked about assessing students’ learning losses during the pandemic resulted in what he called an “Orwellian” discussion by trustees.

Although Slatic won’t confirm it on the record, the discussion apparently took place during the closed session portion of the meeting.

Slatic was reported by chief of staff David Chavez as absent for all but one vote during the closed session. He also was not in attendance during the open meeting.

He said on the radio broadcast Thursday that his question to the superintendent about whether the district has a plan to assess learning loss “segues into a 15-minute trustee talk, ‘We can’t call it learning loss, because that would hurt the kids’ self-esteem. So we have to call it instead unfinished learning, because it’s all about esteem.'”

Slatic continued, “No, actually it’s all about knowing how to read, write, and do math, because remember our mission is to prepare kids for life after high school, for career and college.”

“Learning loss” is a phrase that’s used by many educators and lawmakers in the state and nation to measure how far behind students are in their traditional academic growth. The federal CARES Act, which provided stimulus payments to families and businesses, also provided billions of dollars to school districts in Learning Loss Mitigation Funding.

Elected bodies typically meet in closed session to discuss such matters as personnel decisions, lawsuits, or real estate negotiations. Officials are supposed to adhere to topic listed on the agenda but may occasionally stray, Snyder said.

But a 15-minute discussion on a non-agenda topic would “raise the question, should they even have this discussion behind closed doors?” he said, adding that such a discussion would be “potentially problematic.”

Board President Valerie Davis was in a meeting Thursday afternoon and not available for comment.

Fresno County’s Academic Decathlon champion for 2021 is University High School, which has finished in first place for nine of the past 12 years. The charter high school will compete in the Virtual California State Decathlon March 25-28 based in Sacramento.

Mrkaich, who guided Edison’s team for 18 years, hung up his coach’s hat after the 2019 competition.

“The district chose not to support my methods so I chose not to continue under the modifications they wanted (and allegedly since rescinded),” he said in an email to GV Wire℠ on Thursday. “They wanted all practice on campus — including practices during winter break, weekends, and holidays. Eight hour practices in a school desk in the cold on a deserted campus. No thanks.”

Mrkaich said the school assigned a “caretaker” coach for last year. Edison came in 13th in the 2020 competition — a marked drop compared to prior years. The school did not enter a team this year.

In last month’s competition, Bullard High beat out University High for the Super Quiz championship. The Super Quiz is typically the only public event of the Academic Decathlon, with fans cheering loudly in a gymnasium, but was held virtually this year.

Academic Decathlon is a “brain bowl” for students who compete in different divisions, depending on grade-point average, in 10 examination categories such as essay, language and literature, mathematics, science, and interview.

The theme for this year’s event was “The Cold War.”

Winners get more than bragging rights — more than $8,000 in scholarships were handed out this year to the top contestants in the county competition.