Saying it’s the first church on the West Coast to do so, Cornerstone Church in Downtown Fresno has installed patented bio defense technology in the Historic Wilson Theater, where the congregation regularly holds indoor services.

“We have been seeking measures to keep the people that attend Cornerstone church the safest possible,” Pastor Jim Franklin said during a Wednesday news conference.  “We believe we have now found a way to do that.”

“We have been seeking measures to keep the people that attend Cornerstone church the safest possible.”–Pastor Jim Franklin, Cornerstone Church

Using devices positioned throughout the theater, the “Synexis Sphere” works by converting humidity and oxygen naturally present in the air into dry hydrogen peroxide, according to the manufacturer, Synexis. The company says that DHP can flow to the most out-of-reach areas of a space and attach to microorganisms to naturally break them down. DHP has the added benefit of reducing odor and repelling insects, according to the company.

Cornerstone Church filed lawsuit against the state of California last year challenging restrictions on indoor gatherings by houses of worship during the COVID pandemic. Franklin believes the church’s use of the bio defense system will enhances their legal case.

“We’ve entered this in (to the lawsuit) as far as some of what we’re doing to mitigate the virus. We’re really wanting to keep people safe, that’s our whole purpose,”  Franklin said.

The effectiveness of the technology is unclear. Canada’s National Collaborating Centre for Environmental Health says studies on the effectiveness of fogging technologies using hydrogen peroxide and peracetic acid against viruses and other pathogens are under review by the U.S. Centers for Disease Control and Prevention. 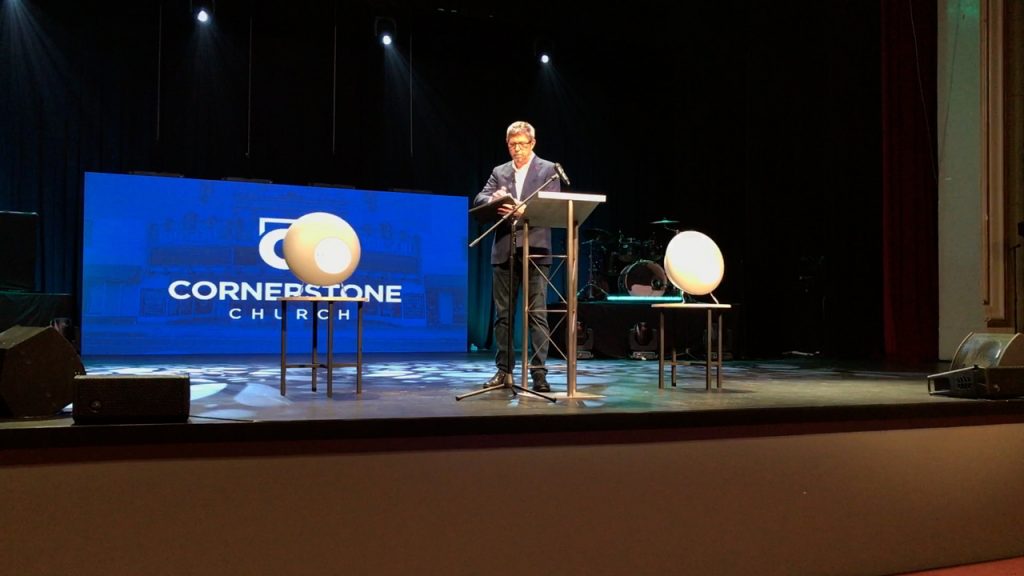 Pastor Jim Franklin stands next to two ‘Synexis Sphere’ units that have been installed throughout the Historic Wilson Theater, home to Cornerstone Church, in an effort to protect against COVID-19. (GV Wire/Jim Jakobs)

Other Locations Using the Technology

Though Cornerstone may be the first church in the region to use the technology, it’s not the first use of it in the country.

“The system that we’ve installed here at Cornerstone Church has been installed and is being installed in municipalities, hospitals, schools and universities across our nation,” says Franklin. He says he’s also talking with other local churches that have expressed interest in installing systems of their own.

Last June, the University of Oklahoma installed 2,300 of the devices in their campus residence hall towers.

The city of Vail, Colorado claims to be the first municipality in the country to install microbial reduction filters in all their town-owned buildings and fleet of buses. Vail Mountain School also installed 86 of the units in their HVAC systems.

Kansas State University installed 1,600 of the ‘sphere’ devices in dorm rooms last year to help fight viruses, though it acknowledged their effectiveness against COVID-19 is unproven.

The LA Dodgers organization is also using the technology in player-occupied spaces like its club house, dining areas and other team facilities.

A white paper published on the Synexis website says its data shows that DHP may be used to combat the primary COVID-19 virus.

Cornerstone Church has installed units near the building’s ceiling.

“You don’t smell anything. You’re not tasting anything,” said Franklin. “If anything, it’s purifying the air because it’s grabbing any pathogen, any bacteria that’s in the air, and encapsulating it that way.”

Franklin says while he believes the system increases protection for his congregation, he still encourages social distancing and masks.

The church is inviting the Fresno County Department of Public Health to visit to see the units in operation. 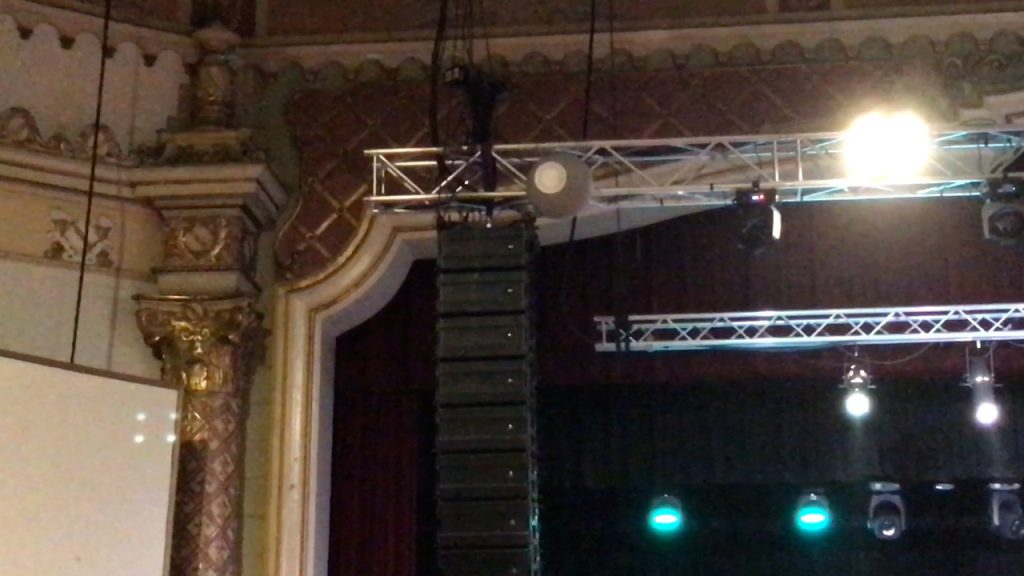