Costa: Now 'Not the Time' for Concern Over Paying for $1.9T Relief Bill 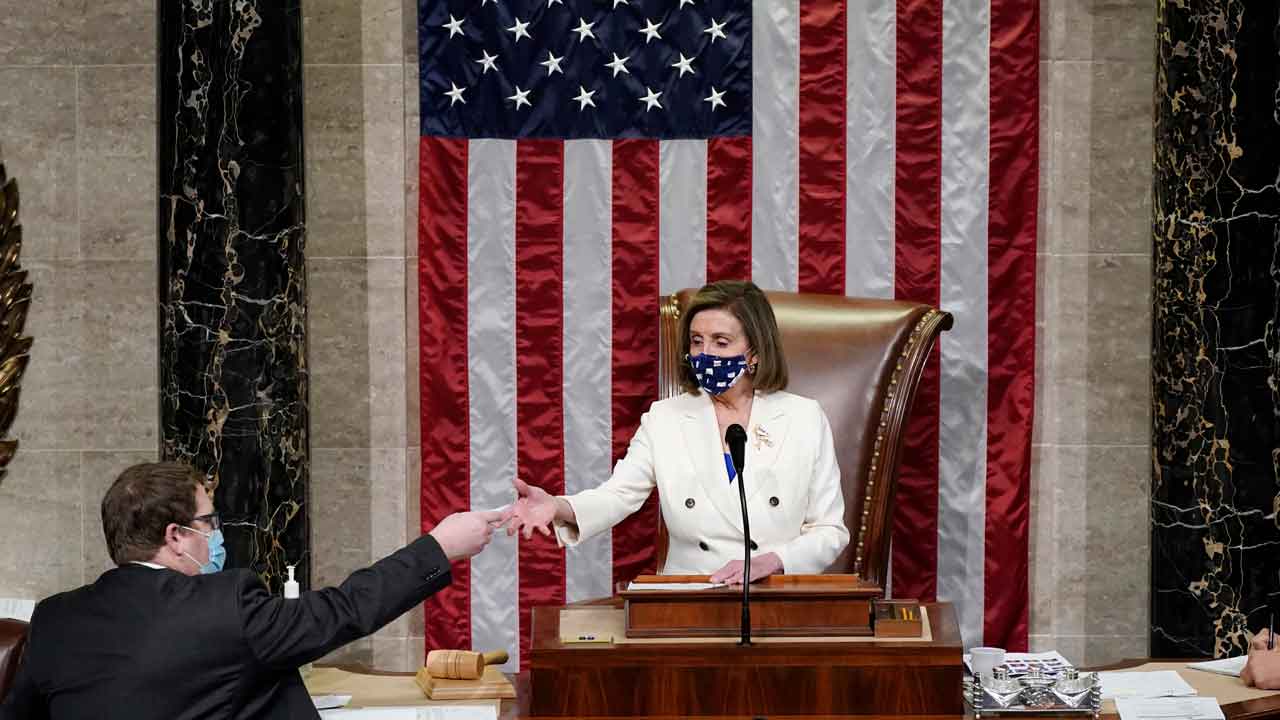 Congressman Jim Costa says now is not the time to worry about how to pay for a $1.9 trillion COVID relief package that President Joe Biden signed Thursday.

“This is a national emergency and whether we’ve been in wars or depressions, we in fact, the federal government is the only place to respond to this,” Costa said.

The Fresno Democrat held a teleconference with the media hours after the House of Representatives passed a final version of the bill Wednesday, dubbed the “American Rescue Plan”.

“I think as a Blue Dog, I’m focused on fiscal discipline. But in the middle of a national emergency is not the time to determine how we’re going to have to pay for that…. When we get past this deep recession that’s impacted every part of the economy, we’re going to have to come to an agreement in the next couple of years on how we get our federal spending at a level that makes sense,” Costa said.

Spending Money in a Crisis

“In the middle of a national emergency is not the time to determine how we’re going to have to pay for that.” — Congressman Jim Costa, D-Fresno

Costa likened the massive spending to Republican tax cuts a few years ago.

“I didn’t hear you ask that question (how to pay for it) when we provided a similar amount of money for the $1.9 trillion in tax cuts three years ago. Clearly, the deficit matters, but in a national fiscal crisis, an economic crisis, a health care crisis, the federal government has to do what no other institution in our country can do, and that is keep this country on a stable condition,” Costa said.

Costa said he would not support raising taxes to pay for the relief during a time of a recession.

“This so-called ‘relief’ bill will end up costing every taxpayer in America more than $5,000 each. You send the government your tax dollars but you get only a fraction of what you paid,” said McCarthy, the House Minority Leader, during a floor speech.

“My job is to deliver for Central Valley families and that’s exactly what we’ve done today,” Harder said in a news release.

Valadao said the Bay Area “is once again receiving preferential treatment over rural communities thanks to Speaker Pelosi.”

“Democrats are pushing their far-left pet projects through with what they are calling the ‘most progressive legislation in decades,’ while only focusing 9% of spending on COVID relief,” Valadao said.

Other media analysis of the bill says the 9% figure used by Valadao does not take into account money in the bill for direct stimulus payments —$1,400 for those earning less than $80,00 — nor unemployment benefits. With those expenditures figured in, 85% of the Of the $1.9 trillion will be spent on COVID or economic relief.

Costa touted the benefits of the bill including the additional stimulus checks; enhanced unemployment benefits, as well as money directly for local counties and cities.

“Historically, Fresno has operated as very fiscally prudent city,” Dyer wrote. “Absent this stimulus package, our city would have been facing a $25 million deficit in the coming fiscal year… We will now be able to avoid any layoffs or service reductions.”

He’ll be getting a $1,400 stimulus check as part of the Democrats’ “COVID relief” bill.

Costa had a terse response whether that was true.

“No, it’s not true. And Senator Cotton has made a lot of other statements that are untrue. And I really don’t need to comment on them. You know, he’s running for president like a number of other senators are these days,” Costa said.

Similar relief was also in the CARES Act of 2020, which Cotton supported. Prisoners were not excluded from those checks, either.

“Allowing prisoners to receive checks in the CARES Act was an unanticipated problem, one that the IRS tried to address before being overturned by a judge in October. And then in December, Senator Cotton did not have an opportunity to amend the legislation (it was a straight up or down vote),” Arnold said.

“The latest legislation was different — members were both aware of the problem and had the opportunity to address it by offering amendments. Senators Cotton & (Bill) Cassidy offered an amendment to prevent checks from going to prisoners—every single Democrat opposed it and every single Republican supported it,” Arnold said.

PolitiFact’s analysis said despite having the right to stimulus checks, many prisoners hit a stumbling block: The IRS sent the inmates debit cards that some states couldn’t process.

Related Topics:Jim Costa
Up Next