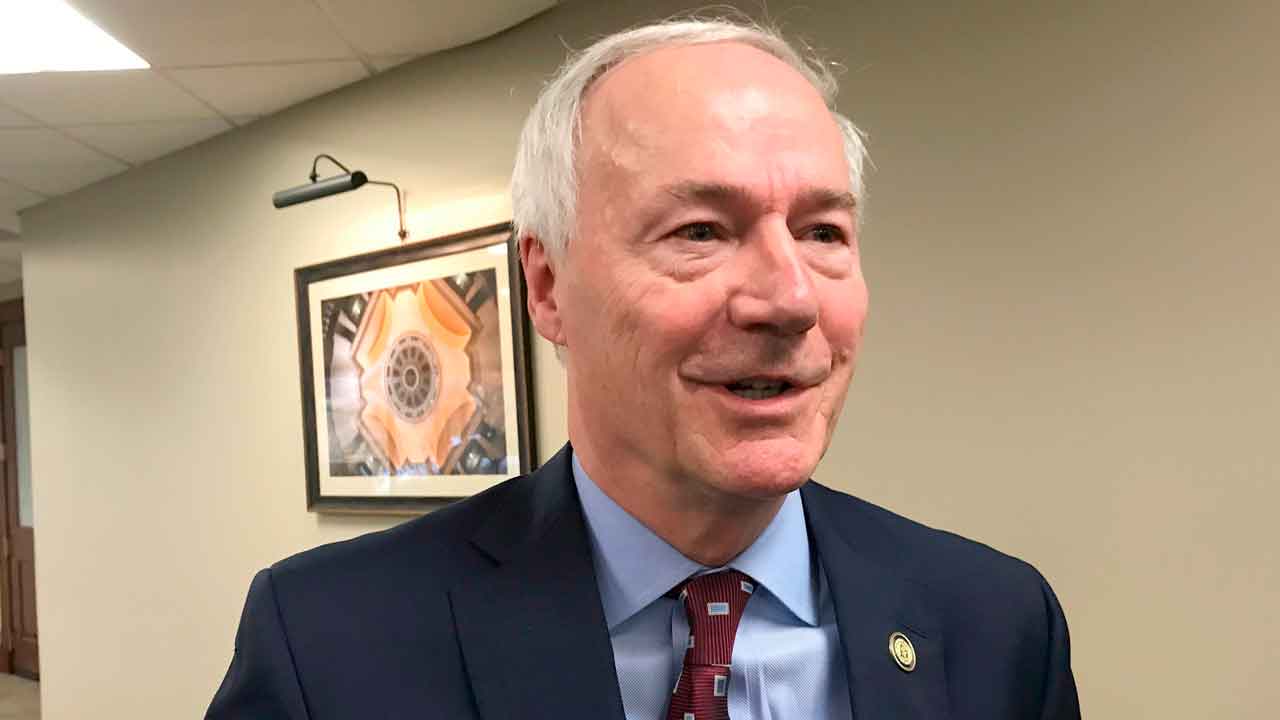 LITTLE ROCK, Ark. — Arkansas Gov. Asa Hutchinson on Tuesday signed into law legislation banning nearly all abortions in the state, a sweeping measure that supporters hope will force the U.S. Supreme Court to revisit its landmark Roe v. Wade decision but opponents vow to block before it takes effect later this year.

The Republican governor had expressed reservations about the bill, which only allows the procedure to save the life of the mother and does not provide exceptions for those impregnated in an act of rape or incest. Arkansas is one of at least 14 states where legislators have proposed outright abortion bans this year.

Hutchinson said he was signing the bill because of its “overwhelming legislative support and my sincere and long-held pro-life convictions.”

The bans were pushed by Republicans who want to force the U.S. Supreme Court to revisit its 1973 Roe v. Wade decision legalizing abortion nationwide. Conservatives believe the court is more open to striking down the decision following former President Donald Trump’s three appointments to the court.

Hutchinson has signed several major abortion restrictions into law since taking office in 2015, but he had voiced concerns that this bill directly challenges Roe and about the lack of rape and incest exceptions. He repeated those concerns as he announced his decision.

As the Legislature considered the measure, Hutchinson shared with lawmakers a letter written by the attorney for abortion opponents National Right to Life that said the chances of the bill leading to Roe being overturned were “very small and remote.” National Right to Life didn’t take a position on the bill, though its Arkansas affiliate supported the ban.

The legislation won’t take effect until 90 days after the majority-Republican Legislature adjourns this year’s session. That means it can’t be enforced until this summer at the earliest. Abortion rights supporters said they plan to challenge the ban in court before then.

The American Civil Liberties Union of Arkansas called the ban “cruel and unconstitutional.”

“This is politics at its very worst,” Alexis McGill Johnson, president of Planned Parenthood Action Fund, said in a statement. “At a time when people need economic relief and basic safety precautions, dismantling abortion access is cruel, dangerous, and blatantly unjust.”

Hutchinson had until Wednesday afternoon to take action on the bill before it would have become law without his signature, a move past governors have taken to express displeasure with a bill without risking an override fight with the Legislature. It takes a simple majority for the Legislature to override a governor’s veto in Arkansas.

Arkansas Already Has Some of Country’s Strictest Anti-Abortion Laws

Arkansas has some of the strictest abortion measures in the country and two years ago Hutchinson signed into law a measure that would ban the procedure if the Roe decision was overturned. Another measure Hutchinson signed in 2019 banning abortions after 18 weeks of pregnancy is on hold due to a legal challenge.

Several other restrictions are still being considered in the Legislature, including one approved by the Senate a day earlier that would require a woman having an abortion to first be shown an ultrasound.

Another sweeping abortion ban was signed into law by South Carolina’s governor last month but was quickly blocked by a federal judge due to a legal challenge by Planned Parenthood. Alabama enacted a near-total ban on abortions in 2019 that has been blocked because of court challenges.