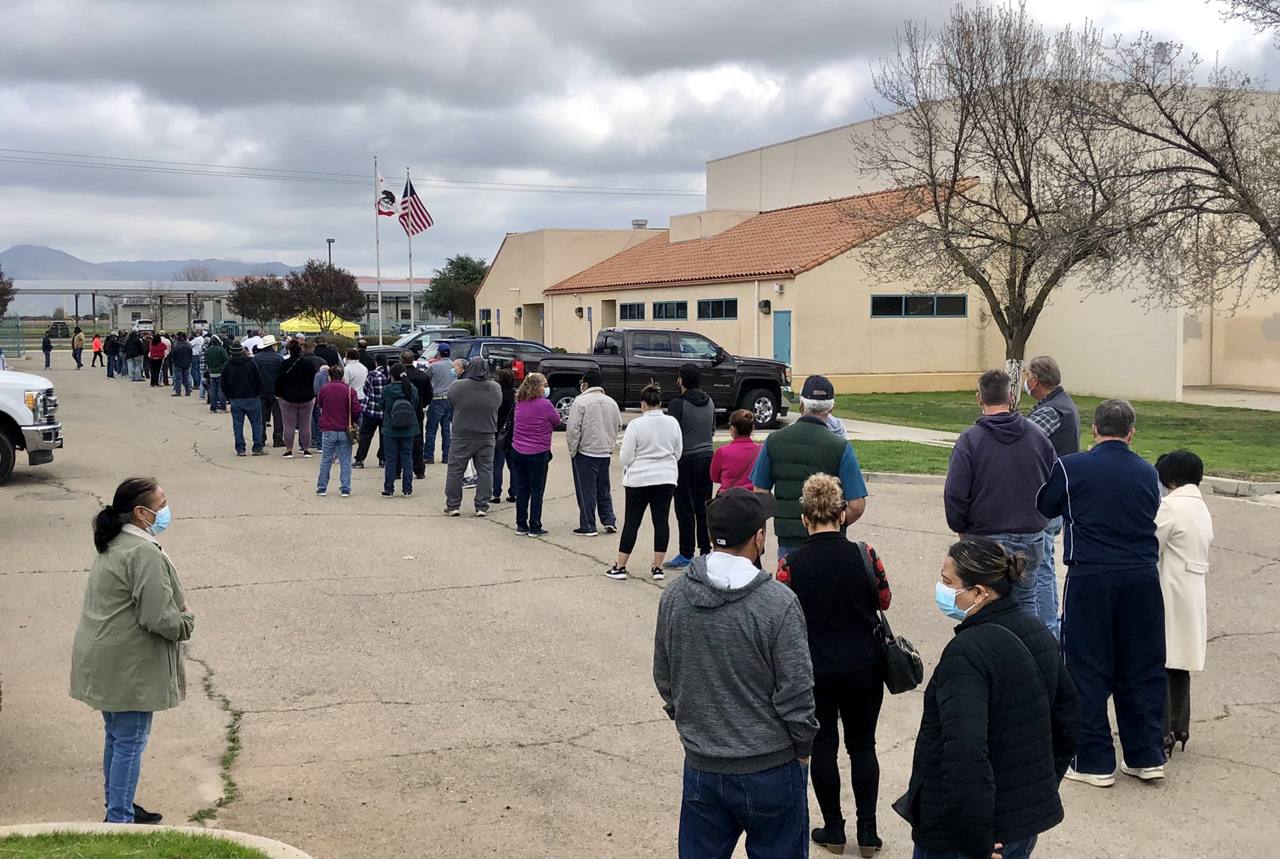 The messy and confusing distribution of COVID-19 vaccines has prompted a broad array of nonprofits and volunteers to step in to fill the gaps.

In Fresno County and across the nation, organizations are helping get shots in the arms of people from diverse and sometimes hard-to-reach communities.

Disaster-relief charities are providing both their equipment and their logistical skills. They know how crises can exacerbate existing inequities — and how their expertise can make a big difference.

Meanwhile, organizations that serve people of color, LGTBQ people, the homeless, elderly and others are jumping into the fray. They are seeking not only to reduce the fear of vaccines but also to help local and state governments vaccinate more people.

Nonprofits are also racing to deploy young volunteers who have the patience and computer savvy to overcome the torturous vaccine portals that have bewildered many people in search of shots.

In Fresno County, partnerships between community groups and government are helping to get the vaccine distributed in rural areas. Cultiva La Salud executive director Veva Islas said Friday that more than 3,300 doses have been administered in Orange Cove, Biola, and Del Rey since Feb. 3. The latest batch of 320 doses went to Del Rey this week, she said.

Those community-based organizations and others also are on the front line of the COVID-19 education and advocacy campaign.

The Fresno County Department of Public Health on Friday announced that Cultiva La Salud, Leadership Council for Justice and Accountability, Stone Soup of Fresno, Westside Family Preservation Services Network, and the Education and Leadership Foundation will share $400,000 provided by Together Toward Health, a project of the Public Health Institute, to provide increased outreach, messaging and education efforts to hard-to-reach communities in rural Fresno County.

The nonprofit Alliance for Medical Outreach & Relief has been providing vaccinations to westside farmworkers since January and is continuing to do so in partnership with farm employers and with the help of volunteers, AMOR executive director Davena Witcher said.

AMOR was certified by the state of California to be a vaccine distributor and obtains vaccines through the Fresno County Public Health Department. The clinics are held on work sites and are staffed by volunteer nurses and doctors, she said.

The employers set aside space and time for their workers to get their vaccinations, Witcher said. “The one we’re doing next Friday at Producers (Dairy), we’re literally setting up between two rows of cows, and we’re literally moving the milk trucks out of the way,” she said with a laugh.

Bringing the vaccination to farmworkers means they don’t have to lose work time and drive long distances to get their shots, Witcher said. “We really believe the ag workers deserve to get vaccinated. They’re putting food on the table and have been working hard throughout the pandemic for the country, and we’re just delighted we have a program that’s able to take these vaccines to ag workers where they’re at.”

Witcher said about 1,000 vaccinations are scheduled for this month.

In Southern California, Community Organized Relief Effort, a nonprofit founded by the actor Sean Penn to work in Haiti, is now collaborating with the Los Angeles mayor’s office and fire department to run COVID-19 testing and vaccination sites throughout the city.

So far, more than 342,000 shots have been administered at sites run by CORE — more than 171,000 doses at its mass-vaccination site at Dodger Stadium.

When CORE realized mostly white and affluent people were showing up at Dodger Stadium, it quickly decided to take vaccines into low-income neighborhoods that are home to predominantly Hispanic and Black people, who have been hardest hit by COVID-19.

CORE hires neighborhood residents to spread the word about the opportunity to get vaccinated close to home. It has outfitted vehicles with medical-grade refrigerators so it can set up clinics on sidewalks and in church parking lots. At every pop-up vaccination site, CORE has bilingual staff members available to assist those who speak only Spanish.

To date, 70% of the people who have received a COVID-19 vaccine at a CORE mobile vaccination unit have been Black.

CORE plans to take what it is learning in Los Angeles — especially about how to reach more people of color — to cities such as Atlanta and New Orleans and rural regions like the Navajo Nation.

Team Rubicon, a nonprofit that deploys military veterans to assist in disaster relief, is also using its logistical savvy to bolster vaccination efforts.

In December, one of its volunteers — the emergency medical officer at Tucson Medical Center — helped the charity launch a pilot mass-vaccination program in Pima County, Arizona.

DelaCruz says fewer Team Rubicon volunteers were able to help out last fall because they were at risk of contracting a severe case of COVID-19. But if more Americans are inoculated quickly, more people will be able to volunteer safely during the fall hurricane season.

“If this goes smoothly, we’ll actually serve more communities in the fall,” he says.

The collaboration inspired Repair the World, a national Jewish relief organization, to launch similar efforts nationwide that will encourage young adults to volunteer to help those in need get shots. And the Washington project now collaborates with other local social-service nonprofits to help the homeless, refugees, and low-income people — not just older adults — access vaccines.

Just over a month after the project launched, 1,088 people in the Washington area had signed up to get the group’s help. To date, volunteers have secured 340 vaccine appointments for people in need.

“Getting vaccinated liberates me to see and hug my adult children and grandchildren after a painfully long wait,” one older adult wrote in a thank you note to the group.

Nonprofits are also working to build trust in the vaccines.

Colorado LGBTQ nonprofit Out Boulder County is gearing up to manage a vaccination site, which will give the group the chance to respond to fear of bias that causes some LGBTQ people to avoid doctors.

The organization polled people in the Denver and Boulder areas about their level of confidence in the COVID-19 vaccine. Seventeen percent of LGBTQ respondents said they weren’t sure whether they’d accept an inoculation if it was made immediately available to them. Among those who didn’t identify as LGBTQ, that share dropped to 9%.

The Out Boulder County vaccine site will run its own multilingual registration process, aimed at reaching LGBTQ people and the area’s large Hispanic and Nepali populations. Registering for a vaccine through the charity — rather than the county — will build trust and ensure accessibility, Moore says.

The data Out Boulder County collected helped get the group a seat at the table with local policymakers, Moore says. “We were able to get to those tables and say, ‘Hey, what about us?’ ”