First Day in School for More Fresno Kids Will Be April 6. So Long as County Is in Red Tier.

Fresno Unified School District officials announced Tuesday that the district will resume in-person instruction for many elementary students on April 6, immediately following spring break, but Fresno County will need to be in the red tier on the state’s coronavirus reopening dashboard for the plan to move forward.

The return of students will come more than a year after schools abruptly closed statewide on March 13 to stem the spread of the highly contagious coronavirus. 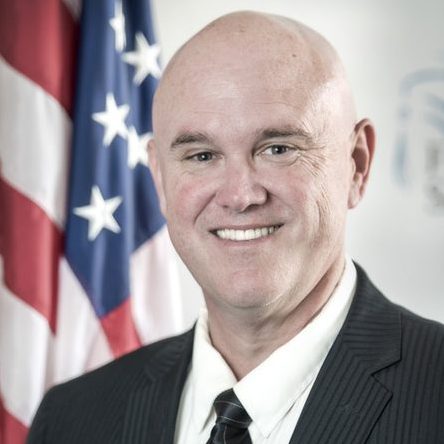 “I can’t do all the what-ifs. I mean, that’s what kills everybody in this entire scenario. You can what-if your way into oblivion in a pandemic.” — Superintendent Bob Nelson

Superintendent Bob Nelson said the district has renegotiated a labor agreement with the Fresno Teachers Association that previously had kept most students on distance learning until the county reached the orange tier, signifying “moderate” risk of COVID-19. In the red tier, the risk level is considered “substantial.” The new agreement with the union commits to returning to in-person instruction on April 6 if the county is in the red tier.

Nelson noted that the orange tier agreement was negotiated last fall, when the county was already in the red tier, no vaccines had won approval, and testing for COVID-19 was still limited. When case and positivity rates worsened, Fresno County dropped into the purple tier for “widespread” risk and has remained there since.

Under current state guidelines, districts can return elementary students in transitional kindergarten through second grade to classrooms even if their county is in the purple tier once school COVID protection plans and protocols have been approved by public health officials.

Students Will Need to Keep Distanced

The number of students who will be able to return to class will be limited by how many can fit in a classroom and remain safely spaced, so the district will be on a hybrid schedule that will combine distance learning with in-person instruction, Nelson said. Parents will continue to have the option for their child to remain on distance learning if they so choose.

The state’s plan is for districts in the red tier to resume in-person instruction for children in transitional kindergarten through sixth grade and one grade of either middle or high school.

In the weeks leading up to spring break, as many as 10,000 of the district’s 74,000 students could be back at school, Nelson said. Another 20,000 or more could return after April 6, he said, noting that the district will be converting indoor spaces like band rooms or using outdoor spaces to expand classroom availability.

When pressed by reporters about what the district will do if Fresno County is still in the purple tier on April 6, Nelson said, “The bottom line is we’ve negotiated a return in the red tier on April 6, that’s the reality of what we’ve negotiated. Now, if we don’t make it there, we’re going to have to engage in this conversation … I can’t do all the what-ifs. I mean, that’s what kills everybody in this entire scenario. You can what-if your way into oblivion in a pandemic.”

Asked why Fresno Unified continues to lock itself into tier colors when negotiating with teachers, Nelson’s response was that the district’s goal continues to be a safe and responsible return to in-person instruction.

“I’ve said all the while we’re going to try and take a centrist path back,” he said. “We know our kids need to be back in our schools and we need to do that in the safest possible way that we can.”

As a result of the renegotiated labor agreement, Fresno Unified will put $8 million into the employees’ health fund overseen by the Joint Health Management Board. The Fresno Teachers Association last summer had lobbied for a bigger district contribution to shore up the health fund’s reserves.

The district also will pay all staffers one day’s wages to set up their work stations for their return to schools. Nelson said that will cost the district $3.2 million.

The money for the health fund and extra day of pay is coming from the current budget, not from the $6.6 billion school reopening spending package that Gov. Gavin Newsom and other state leaders announced Monday. The extra funds are intended to give districts more incentive to reopen if they haven’t already, and provide backfill funding to those districts that already have resumed in-person instruction, such as Clovis, Sanger, and Kings Canyon school districts in Fresno County.

Based on the current proposed expenditure statewide, Fresno County projects that it could get $25.6 million out of $2 billion offered by the state for school safety such as ventilation improvements and personal protective equipment, and $54 million of the $4.6 billion designated for expanded learning initiatives such as summer school, said Santino Danisi, Fresno Unified’s interim chief financial officer.

State leaders agreed to set a March 31 deadline for students to resume in-person learning, and to penalize districts that fail to do so starting in April by reducing the grant award by 1%. But Danisi said that state officials have said the penalty won’t apply if districts are on spring break on April 1.

Marcelino Valdez Jr., father of three Fresno Unified students and creator of the Facebook group Parents for Re-Opening Fresno Unified, said he was disappointed by the district’s decision to delay the resumption of in-person instruction.

Parents who attended a Facebook watch party of the news conference noticed what Valdez said appeared to be a Freudian slip on the part of Nelson when he initially said schools would reopen in August and then quickly corrected himself and said April.

Valdez, who is helping to organize a school reopening rally this Saturday in downtown Fresno, said he believes Nelson never intended to open schools before next August and is only doing so now because of pressure from parents and state officials.

Parents continue to question why the district is waiting until April 6 and not moving sooner to put kids back into classrooms, Valdez said.

District officials clearly don’t like it when Fresno Unified is compared against neighboring districts that have already resumed in-person instruction, but parents don’t understand why Fresno doesn’t follow their lead, he said.

“But when we’re seeing that they’re all able to do it in the surrounding area, working with the same COVID numbers in the county — we’re all in the same county — they’re able to figure it out. Why can’t we? Why are they putting our kids at a disadvantage?”