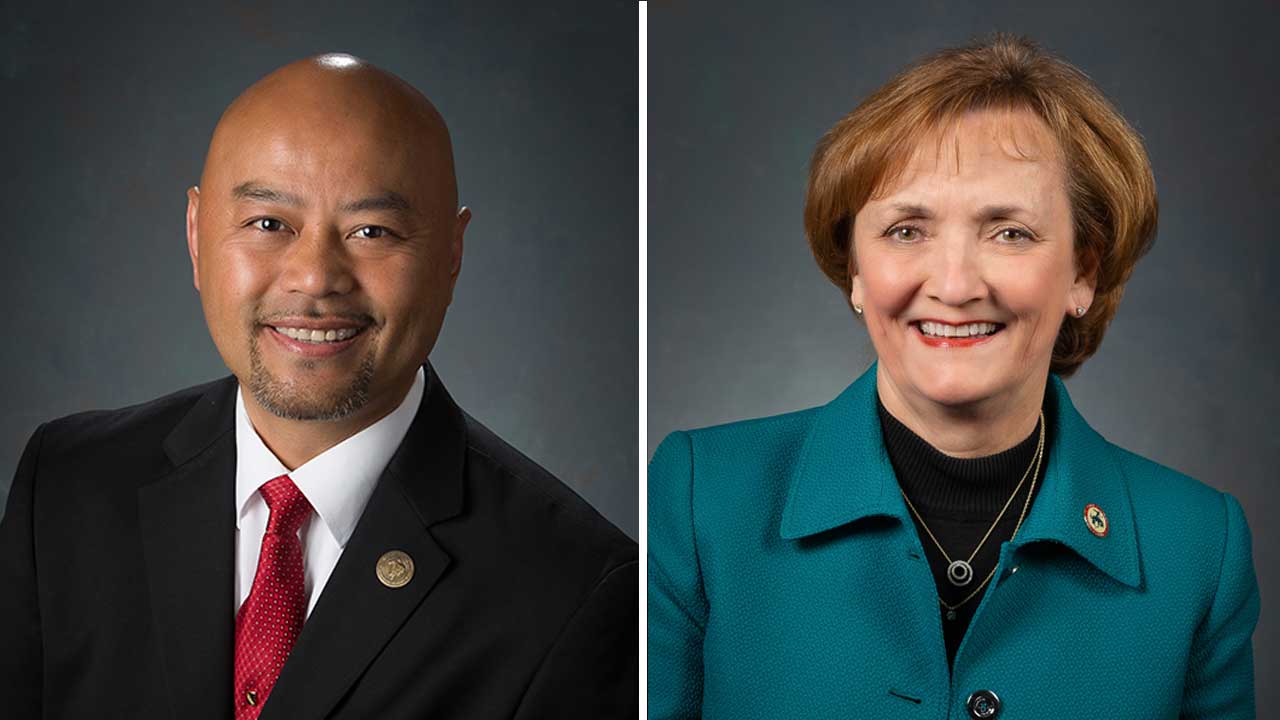 Vong Mouanoutoua (53.5%) and Lynne Ashbeck (53.4%) are well ahead of three challengers, with all precincts reporting. Voters picked two names in the at-large election.

Some mail-in votes and provisional ballots are still to be counted, but the relatively small number of remaining ballots is unlikely to affect the outcome of the election.

An incumbent has not lost a Clovis election since 1994.

Note: Because of the pick-two system, the candidates’ percentages added together will exceed 100%.

Approximately 75 people attended an in-person celebration at the Regency Event Center banquet hall for Mouanoutoua — headed into his second term. Drew Bessinger and Bob Whalen, colleagues on the city council, were among many who dined on a buffet of Curry-Out Cuisine of India.

“I always consider it a privilege and an honor, and I’m humbled to be able to give it another four years to give back to my community,” Mouanoutoua said afterward.

In a 25 minute speech, Mouanoutoua told several religious allegories and spoke on what it means to be a Hmong-American serving in office.

“It is the continual story of what America is, which is it’s an immigrant story,” Mouanoutoua said after his speech. “As tumultuous as the nation is, I still think we are the best nation in the world and we still are very resilient and a tough, courageous people.” 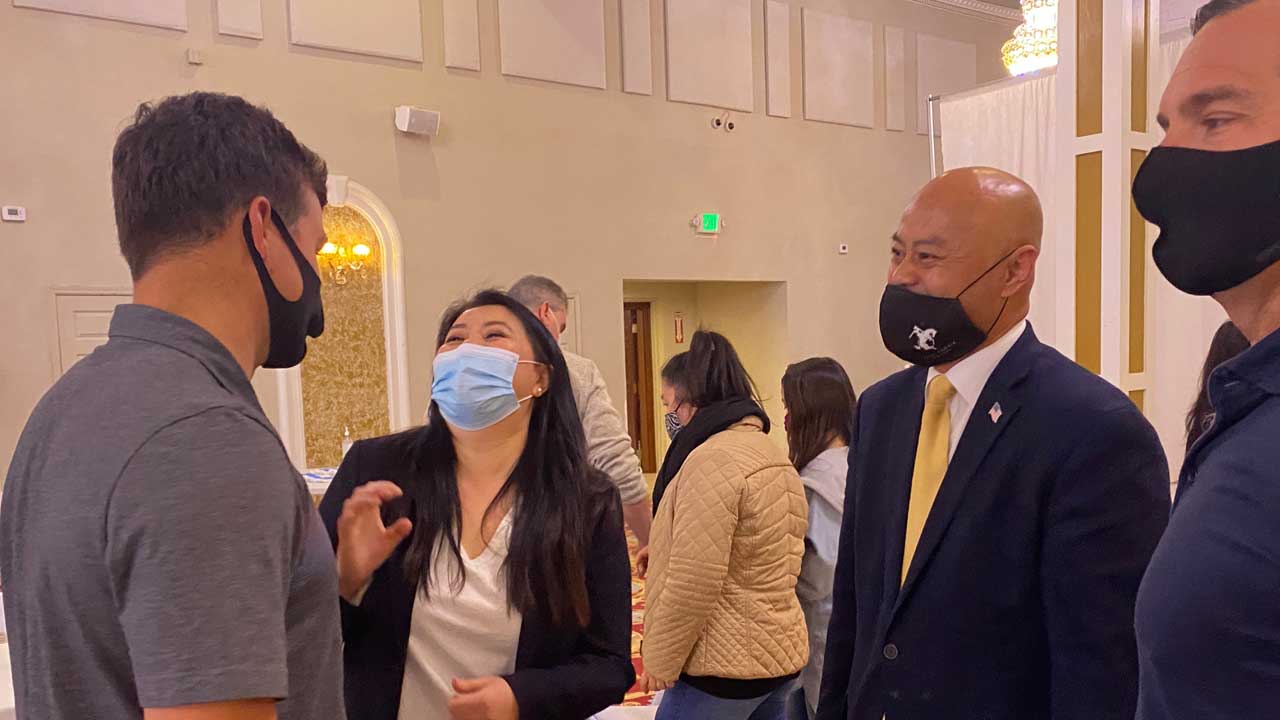 A Quiet Night for Ashbeck

Ashbeck, who will head into her sixth term, stayed home with her husband Jeff Hensley. She recognized this campaign was different than all others because of COVID.

“I didn’t feel super comfortable going to people’s doors. I think it made them a little uncomfortable. So I think just cautious that way,” Ashbeck said. “This race was as partisan of a race as I’ve ever participated in. So there were forces on sort of both sides of the equation. That’s just not my lane.”

She looks forward to working in a post-COVID Clovis, including seeing the completion of just-started construction projects including a new transit center and a new fire station.

“It’s joyful service. It’s a community service role for me. It’s not a political role. I don’t do it for any of those reasons. I just do it as a way to serve the community. So it’s really been, I’ve been really lucky,” Ashbeck said. This will be the last odd-numbered year election for voters to chose the Clovis City Council. The elections will now move to the general election in even-numbered years, starting in November 2022.

Through Tuesday, the election clerk already received 15,000 ballots through the mail and drop boxes. Some of those ballots are from Orange Cove, which is voting on a tax measure.

County clerk James Kus anticipates certifying the election on March 17. The councilmember are expected to be sworn in on March 22. Two incumbents seeking reelection to the Clovis City Council are leading after the tabulation of early results from the race Tuesday night.

Lynne Ashbeck and Vong Mouanoutoua are ahead of three challengers, based on almost 14,000 ballots counted so far by the Fresno County Elections Office. Each voter can choose two candidates, with the two highest vote-getters winning the seats.