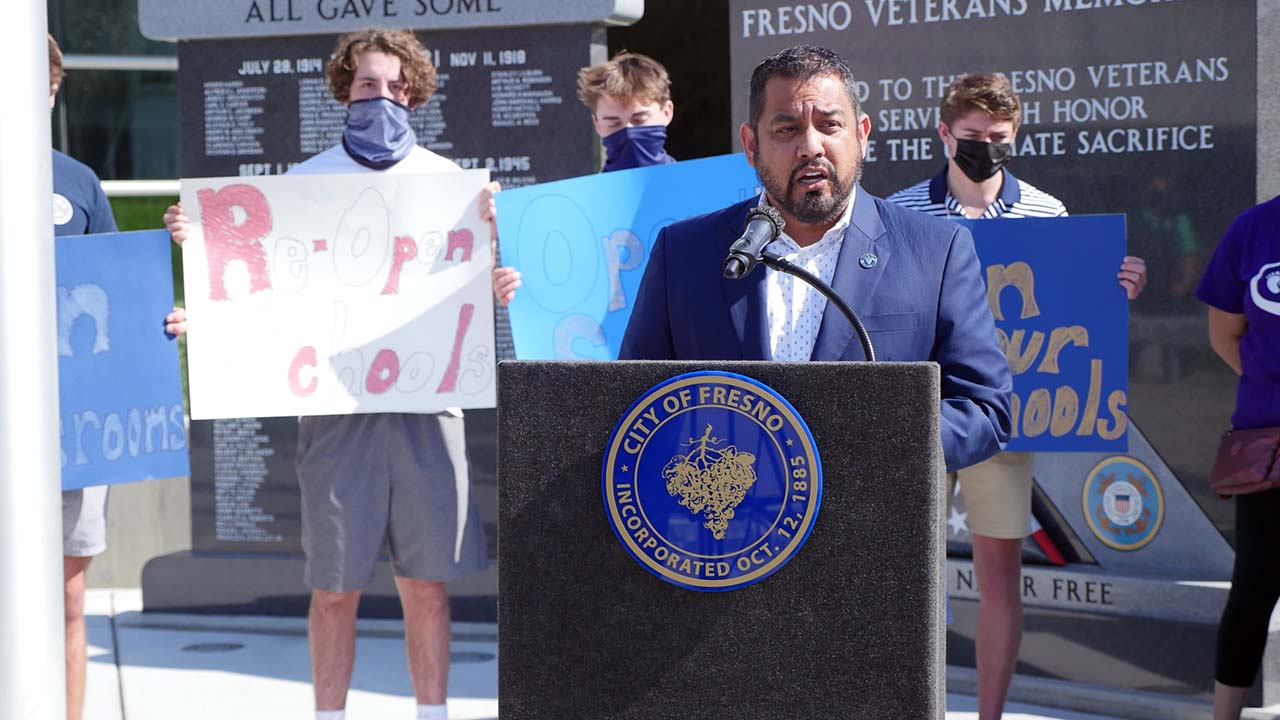 Fresno Unified teachers are in negotiations with district administrators to revise a labor contract amendment and return to classroom teaching sooner than currently specified in their contract in exchange for extra pay, sources told GV Wire℠ on Friday.

Trustee Terry Slatic, who said district and union officials reached a tentative agreement Friday morning to pay teachers more to return to the classroom sooner, called the amount the union is seeking a “ransom.”

The additional compensation would come on top of the pay that teachers are already getting, “and that is ransom,” Slatic said. “That is what this particular leadership team at FTA has all been about. It’s not about kids. It’s all about money and power.”

The average annual salary for Fresno Unified teachers is $81,635.

Board President Valerie Davis said she was unaware of any discussions to pay teachers more to go back into classrooms during the current semester.

The district is talking with the teachers union about summer school instruction, which could cost about $3 million extra per week, she said.

Waiting for the Orange Tier

Under Fresno Unified’s current labor agreement with the Fresno Teachers Association, teachers are not required to return for in-person instruction until Fresno County reaches the orange tier on the state’s reopening plans, signifying that the risk of coronavirus infection is moderate.

While infection rates and case rates continue to decline in Fresno County, the county remains in the purple tier, denoting widespread risk of infection.

When asked whether the teachers union is seeking a bigger paycheck to return to the classroom, district spokeswoman Nikki Henry said she couldn’t discuss details of the district’s proposed contract revisions. But she confirmed that the district and union have been in “constant” contact during the pandemic, “even more so since we’ve gotten confirmation on additional access to vaccines and widespread testing for our district.”

Slatic spoke to GV Wire℠ outside Fresno City Hall, where Councilman Miguel Arias was holding a news conference surrounded by more than a dozen students and parents carrying homemade signs who are advocating for Fresno Unified schools to reopen more quickly.

For Arias to advocate so publicly on behalf of parents and on reopening schools “means that the amount of parent discontent has reached what I will call critical mass,” Slatic said. 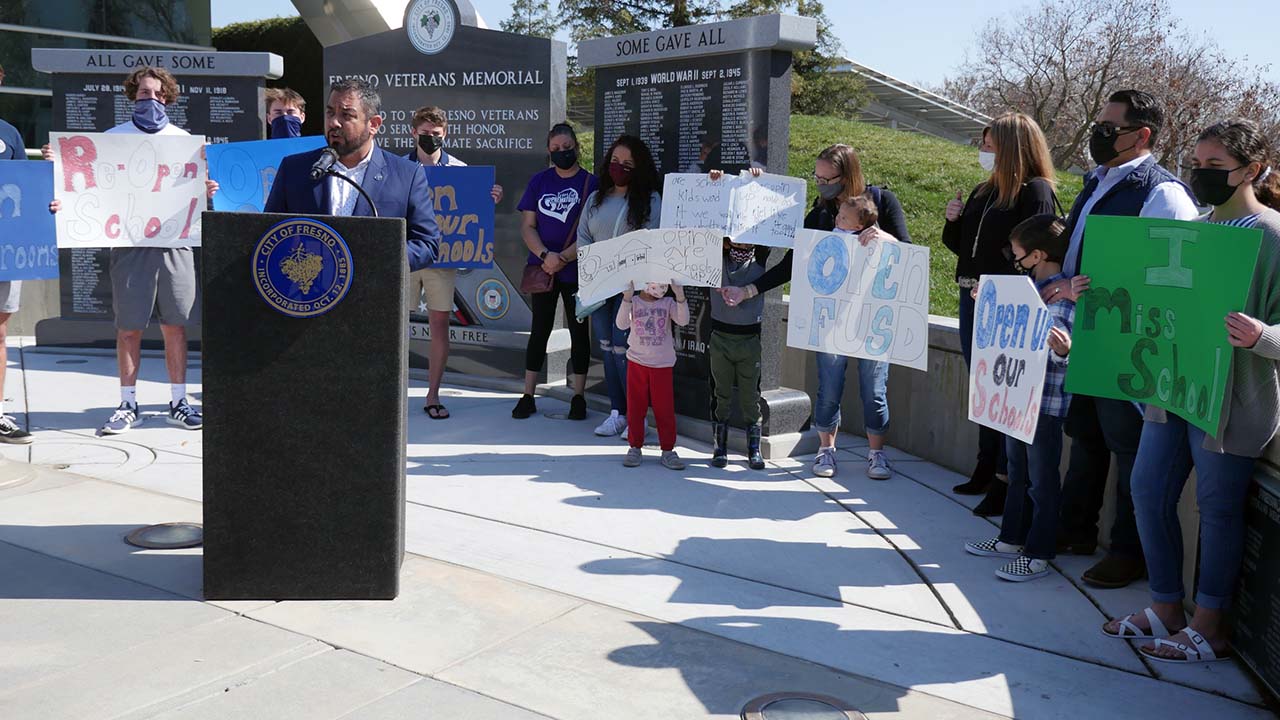 Arias, a former Fresno Unified administrator and himself the father of two Fresno Unified students, said he was speaking out to urge the district and union to reach an agreement that would bring students back to classrooms for in-person instruction more quickly.

Now that the economy has opened up, truancy and absentee rates among Fresno Unified students have skyrocketed because parents are back at their jobs and no longer acting as an at-home teachers aide, he said.

Parents who are having to leave their children home alone while they go to work are afraid to speak out for fear of being the target of prosecution, he said, adding that he is speaking out on behalf of those parents.

Fresno Unified has the resources and expertise to move the district safely back to in-person instruction, Arias said.

“It is time for the district to respond to the pleas of parents and students and to offer realistic options for those students who have been neglected for more than a year. In-person instruction directly from a teacher … is invaluable and essential to their learning.”

Number of Students on Campus Growing

Henry said Arias is not correct when he says that the contract provides only four hours of in-person instruction per week.

“We currently have anywhere from 20-40 students on each of our 106 campuses for small cohorts alone, not including our simultaneous teaching pilots, Monday supports, SPED (Special Education) pilots, one-on-one assessments, or sports conditioning,” she said. Between now and March 8, more than 10,000 students will be back on campus for in-person learning, Henry said.

She said the district is somewhat mystified why Arias, who last week rejected a proposal by fellow Councilman Garry Bredefeld calling for the city to file a lawsuit to force Fresno Unified to reopen, would hold a news conference instead of communicating directly with district officials.

Much of what Arias is seeking is already in the works and the district has been adapting its plans as access to COVID-19 testing and vaccines continues to grow, Henry said.

Arias said that over the past two weeks he had, in fact, been in contact with most district trustees, Nelson, and parents, and closely studied the district’s reopening plan as well as the labor agreement amendment that Nelson and Bonilla signed in January.

It was clear from reading the reopening plan, Arias said, that it was drawn up for the benefit of teachers, not parents.