Suspect Ran From Fresno County Deputies, Jumped a Fence, but Got Stuck in Mud 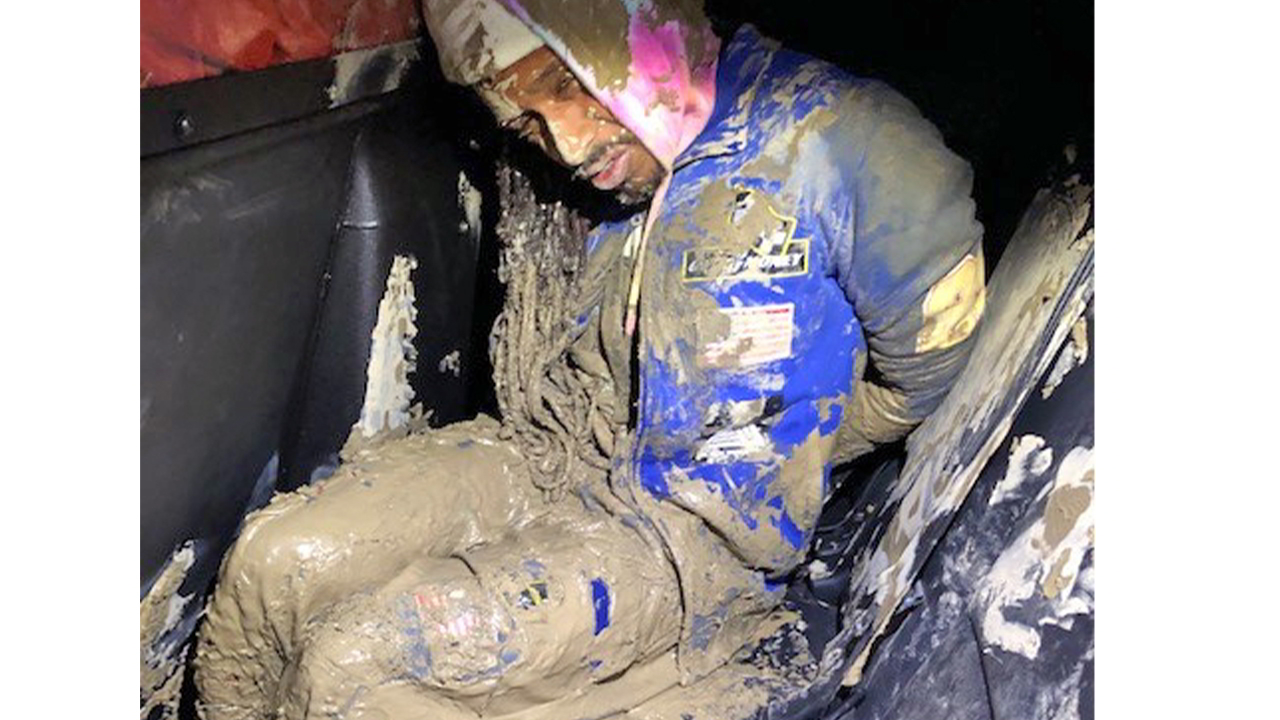 A fence also was no match for his athletic prowess.

But, the mud on the other side of the fence was his undoing.

Around 10:30 p.m. Wednesday, Fresno County Sheriff’s deputies responded to an alarm that had been triggered at some canal pumps near Manning and Douglas avenues, west of the city of San Joaquin. Deputies arrived and noticed an Audi A4 parked near the California Aqueduct.

As deputies approached it, a man got out and ran.

He jumped a fence and then tripped when his feet got stuck in thick mud. When deputies detained the man, identified as Temmy Edia, they discovered the bag he was carrying contained a loaded handgun. Temmy Edia still had mud visible on his face when his booking photo was taken. (Courtesy/Fresno County Sheriff’s Office)

While deputies were busy with Edia, the Audi took off.

They tried to stop the car on eastbound Manning, but it accelerated away at speeds up to 120 mph. Assisting deputies set up spike strips at Manning and Napa avenues, which the car struck.

Despite having two flat tires, the car continued on into San Joaquin, where it crashed into a fence near Manning and Main Street. Deputies captured two people in the car. Seante Chapman was the driver and Michael Pauley, 53, was a passenger.

Pauley was issued a citation for resisting arrest and was found to be wanted on a warrant out of San Francisco related to a gun crime. 2020 Dodge Challenger Stuck in the Mud

Deputies later returned to the area of Manning and Douglas and found a 2020 Dodge Challenger stuck in the mud. They found Edia to be in possession of keys to the car, which was a rental.

Inside, deputies found 1 pound of methamphetamine, a box of ammunition, a scale, and individual packages of marijuana and OxyContin pills ready for sale.

Edia, 33, and Chapman, 31, were booked into the Fresno County Jail. Both are from San Francisco.

Edia faces numerous felony charges related to drugs and being a felon in possession of a gun. Chapman faces felony charges of evading police and possessing drugs for sale.

Edia’s bail is set at $475,000. One of his charges is for probation violation, which is not eligible for bail.

US Bombs Facilities in Syria Used by Iran-Backed Militia