Newsom Says Deal to Reopen Schools is Near 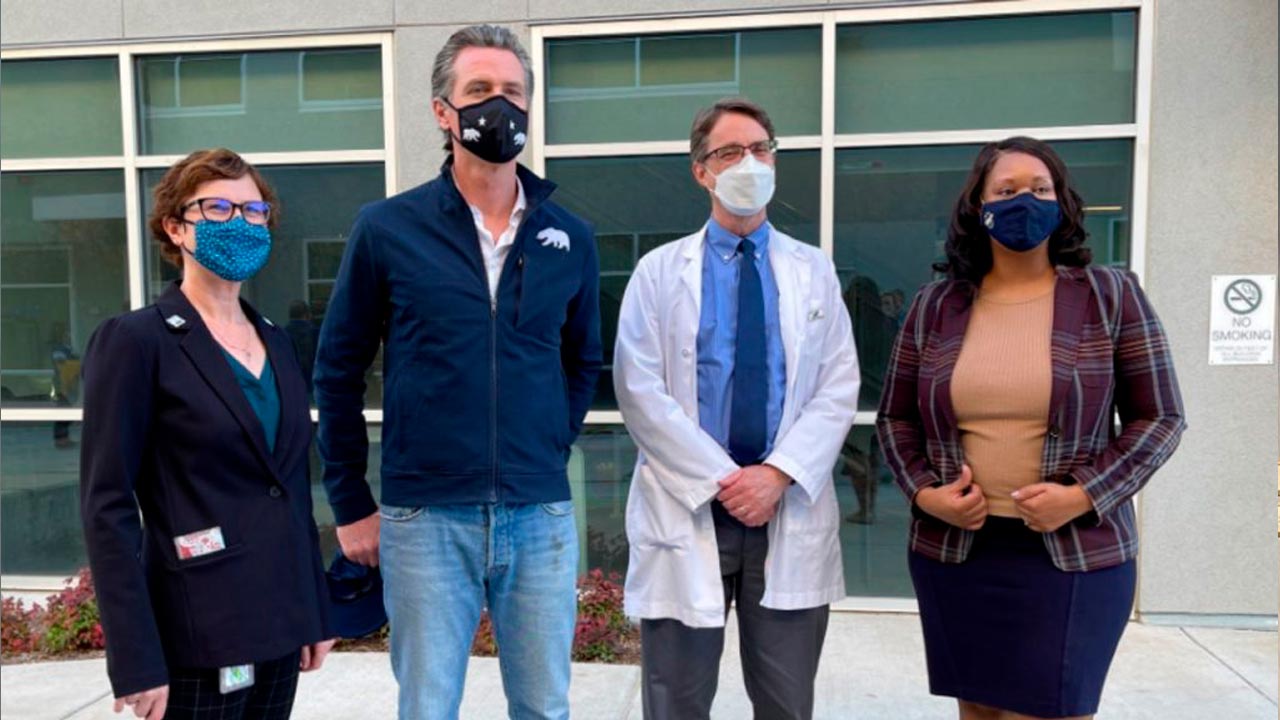 As the vast majority of students across the state approach one year of distance learning, Gov. Gavin Newsom vowed Tuesday that classrooms will reopen “very, very shortly.”

For weeks, Newsom has been negotiating with lawmakers on a deal to reopen schools and salvage what’s left of this academic year. Most of California’s 6 million public school students haven’t seen a classroom since the state’s first shutdown in mid-March of 2020. A state lawmaker submitted a $6.5 billion proposal last week aimed at reopening schools by this spring, but Newsom said the timetable was too slow and suggested he could veto it.

At a news conference Tuesday where Newsom signed a $7.6 billion stimulus package, the most pressing questions focused on reopening schools. Would he consider forcing schools to reopen and or using his emergency powers to suspend local bargaining? Why do teachers unions have so much say when firefighters and grocery workers have to report to work in person? When specifically will schools reopen, and who is to blame for their failure to resume in-person classes so far?

Newsom Says Deal is Being Negotiated

Newsom dodged the questions and gave no specifics other than saying a deal is being negotiated and he hopes to announce details soon.

“We are very confident we can start to get our kids safely back in schools very, very shortly,” Newsom said. He added that he and the Legislature were “looking forward to sharing with you the fruits of all those efforts hopefully in the next few days.”

Getting students back into classrooms has become a pressing political issue for Newsom, who is facing a possible recall election later this year. California Republicans have seized on the heated topic, blaming Newsom for the frustration and burnout students and parents face after nearly a year of distance learning.

Newsom proposed his own school reopening plan in late December, which offered financial incentives to elementary schools that reopen, without making reopening mandatory.

But it was widely criticized by school superintendents, unions and lawmakers who said it set unrealistic timelines, including requirements to reopen as early as mid-February when California’s COVID-19 cases remained high. Critics said the plan also failed to address teacher vaccinations.

Newsom has said the state will set aside 10% of first vaccine doses for educators, school staff and childcare providers starting in March, a move aimed at jumpstarting in-person learning as California’s coronavirus cases continue to rapidly decline.

Health officials in Los Angeles County, the state’s largest with 10 million residents, have said that infection rates there have fallen enough that all districts could resume classroom instruction if they choose.

Los Angeles Unified School District, the second largest in the nation, is one of more than 70 school districts in the county. While it has doubled down on demands for full vaccination options for all teachers, others in the county are moving toward reopening.

One of those districts, Long Beach Unified, the state’s fourth-largest with 70,000 students, plans to resume some in-person elementary school instruction on March 29. If case levels continue to drop it would bring grades 6-12 back to classrooms in April.

San Diego’s school district, the state’s second largest, said Tuesday it has set an April 12 target date for reopening schools at all grade levels. But that date is contingent on school staff getting access to vaccines and the county’s COVID-19 case rates dropping below 7 per 100,000 residents, the San Diego Unified School District said in a statement. As of Tuesday, the county case rate was 22 per 100,000 but dropping quickly from record highs earlier this year.

Lawmakers had hinted that they could pass a $6.5 billion school reopening plan as early as this week, but the Assembly Budget Committee did not advance the plan Monday.

With infection rates dropping and teachers “feeling like they’re being heard,” she said Monday, “We are getting in a position where everyone is going to feel much more comfortable, and we will have this landed and you will see many, many, many more schools open, very soon.”