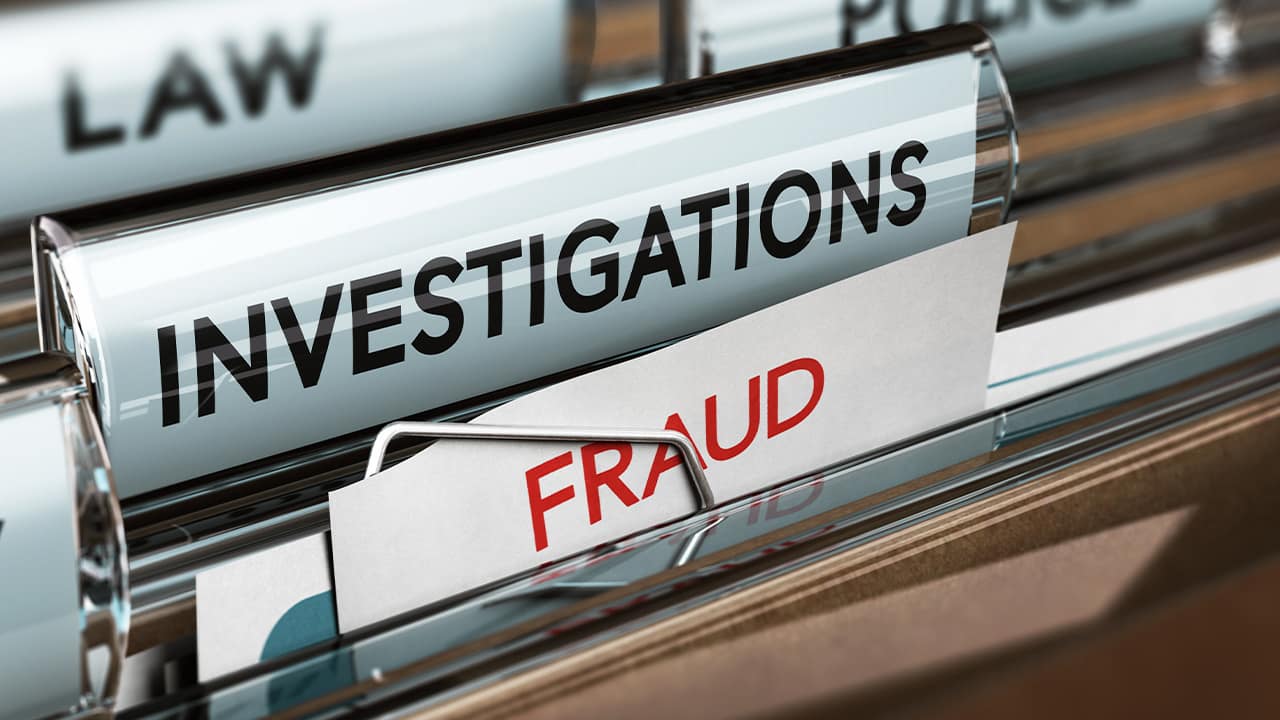 SACRAMENTO — When police in California’s capital city searched an apartment in mid-January, the most telling item they found wasn’t the illegal assault weapons — it was a small red notebook filled with 55 names and their birthdays, Social Security numbers, usernames and passwords associated with accounts at the state’s unemployment benefits agency.

Police say that one notebook was worth more than half a million dollars in fraudulent benefits, money delivered on more than a dozen debit cards that was likely used to purchase the illegal weapons. Friday, authorities arrested 25-year-old James Smith and 21-year-old Chyna Hill and charged them with 23 counts of unemployment insurance fraud, along with 13 counts of possession of stolen property and one count of possessing identifying information with the intent to defraud more than 10 people.

Smith and Hill were in custody on Friday, according to the Sacramento County Jail’s website. It’s unclear if they have an attorney.

The amount of fraudulent benefits — more than $550,000 — is small compared to the estimated $11 billion in total fraud officials have discovered in California’s unemployment system in the past year. But it illustrates just how lucrative the nation’s unemployment system can be for criminals.

As Jobless Claims Soared, So Did Fraud

Across the country, state unemployment offices were overwhelmed with jobless claims during the pandemic. Congress approved an additional $600 per week in benefits with fewer eligibility safeguards, making it easier and more profitable for thieves.

Friday’s arrests show how time-consuming it will be for authorities to track down people accused of stealing that money. In this case, police weren’t looking for evidence of unemployment fraud, but they stumbled upon it. It took more than a month for investigators to track down all of money associated with the names in the red notebook.

Sacramento County District Attorney Anne Marie Schubert said she has about a dozen investigators assigned to unemployment fraud, estimating they are looking into close to $3 million in fraud right now.

“We could probably work ourselves for the next 10 years on these cases,” because there are so many, she said.

But the investigations into those cases have been slow, tough work. Employment Development Director Rita Sanez told reporters on Thursday there had been about 130 fraud arrests statewide — a number Schubert says is just a fraction of the total active investigations.

Saenz and other state officials have often blamed the fraud on sophisticated international crime rings. But Schubert said most of the cases they have uncovered “are people within our own communities.”

Most concerning to prosecutors and police: Evidence thieves are using the money to buy guns to commit other crimes. Sacramento County Police Chief Daniel Hahn said police seized 148 guns in January, up from 80 in the same month a year ago. In the arrests announced Friday, police say they found handguns and AR-15 rifles with extended magazines along with 15 debit cards filled with unemployment benefits.

“It does seem like this additional cash in our community is contributing to the ability to get their hands on guns,” Hahn said. “It’s not just super easy to stop these things because there’s multiple contributing factors. But, yeah, it appears that it has some influence.”

State and federal prosecutors throughout the state have been investigating fraud for months. In October, police in Beverly Hills arrested 100 people accused of unemployment fraud and recovered 200 debit cards and $500,000 in cash.

That same month, federal authorities in Los Angeles arrested Fontrell Antonio Baines, better known as the rapper Nuke Bizzle, after he boasted in a music video about getting rich by stealing unemployment benefits. In December, federal prosecutors accused a 43-year-old woman of filing more than $2 million fraudulent unemployment claims — including one for $21,000 in the name of U.S. Sen. Dianne Feinstein.

Early on, prosecutors were frustrated with state officials for not cross-matching unemployment claims with prison inmates, something many other states do to catch fraudulent applicants. But since then, Schubert said the state has made “significant improvements to the system.”

“We’re all working towards the same goal which is to, as I say, shut the spigot off,” she said.