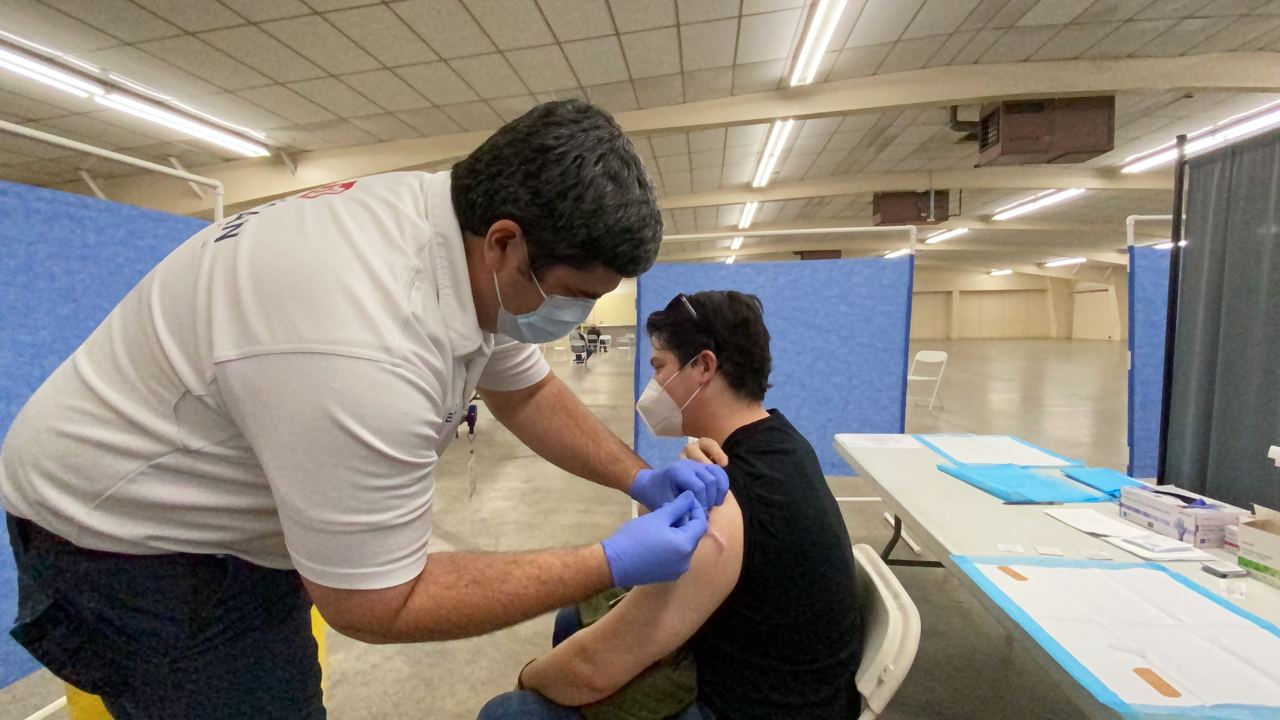 Fresno County’s weekly allotment is expanding to 21,000 doses starting next week. Per the directive announced Friday by Gov. Gavin Newsom, 10% of doses provided through the state will be designated for employees in education and child care, community health manager Joe Prado said Friday afternoon during the Fresno County Public Health Department’s semi-weekly briefing with reporters.

Prado said 10% is the minimum, and the county is looking for ways to make additional doses available for school workers.

Public health officials will partner with school districts to make sure that equity is a factor in the provision of doses, weighing the needs of urban, rural, small, large, charter, and faith-based school districts.

“We don’t want to have one district be vaccinated before the next district,” said Hank Gutierrez, assistant superintendent with Fresno County Superintendent of Schools office. “So we are going to spread out our vaccinations proportionately and equitably among all of our districts in the Valley. So no one district will be vaccinated before the other.”

But Gutierrez said some priority will be given to school staffers who are already on campuses and working with students who are getting in-person instruction.

That could mean earlier vaccinations for many staffers in districts such as Clovis, Sanger, and Kings Canyon unified school districts, which have been providing in-person instruction to thousands of students since last fall.

Clovis Unified spokeswoman Kelly Avants said the district had advocated for giving priority to school staffers who already have in-person contact with students.

Clovis Unified arranged for vaccinations in January for special education team members who work closely with students, many of whom are medically fragile, Avants said. At that time the county was vaccinating health care workers, but the district obtained certification for the 650 special education staffers to be inoculated, she said.

Renee Delport, spokeswoman for Kings Canyon, was glad to hear that school staffers who are already on campus will be prioritized for vaccinations.

Kings Canyon is preparing to bring high schoolers back to classrooms early next month. Students in transitional kindergarten through eighth grade remained at school even when the county’s coronavirus infection rates soared after the Thanksgiving holiday and continued climbing after the Christmas holiday.

The younger students in Reedley and Orange Cove schools had started school when the county was in the red tier and were allowed to remain under state health guidelines.

There have been no incidents of coronavirus transmission on a Kings Canyon campus thus far, she said.

Because Fresno County’s daily infection rate is now below 25 cases per 100,000 population, elementary schools that hadn’t yet reopened back when the county was still in the red tier three months ago can start providing in-person instruction, so long as the school or district has a safety plan approved by county and state health officials, said David Luchini, assistant public health director.

The fact that schools and districts are on different schedules for reopening to in-person instruction has contributed to some confusion, he said. But no matter where they are in their reopening, each school will be required to follow its COVID-19 plan and protocols.

And if they do, the risk of transmission should remain minimal, Luchini said.

According to both the Centers for Disease Control and Prevention and California Department of Public Health, he said, “when you follow these guidances perfectly, you see very little transmission. And so that is expected of these schools to follow their plans perfectly, because we’ve got to minimize the transmission on campus.

“We know it’s critical for kids to get back at school, but at the same time, we want to make sure our staff are safe and especially as we’re still just starting the process of getting the staff vaccinated.”