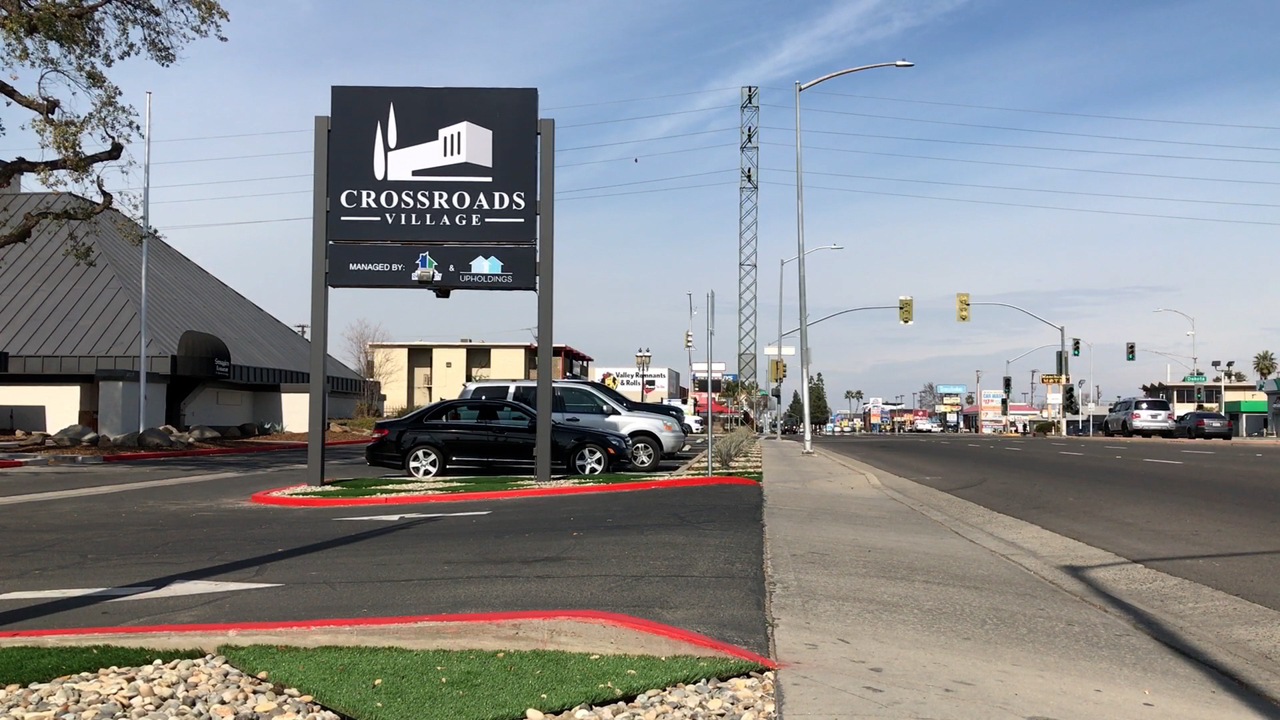 Fresno County, RH Community Builders, and UPholdings acquired and rehabilitated the Hotel Fresno (formerly the Smuggler’s Inn) on Blackstone and Dakota avenues to provide assistance to homeless people. It officially opened this week after a soft launch earlier this month. 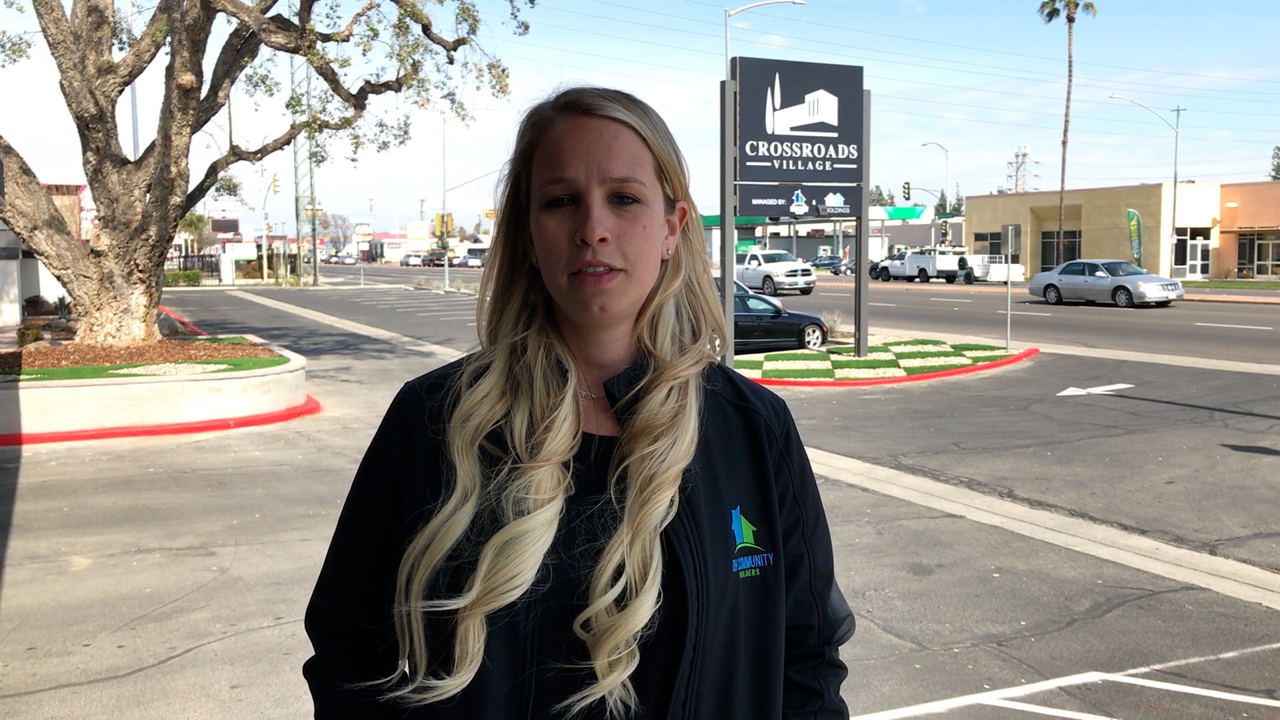 “We do look for people who have the potential to increase their income so they have skills to get a job or have a job. And we want to help them increase that income.”–Katie Wilbur, Executive Director of RH Community Builders

The new name — ‘Crossroads Village’ — is fitting, as its new residents find themselves at a personal crossroads.

The 165-unit housing project provides affordable housing for local individuals and families experiencing homelessness.  The studio units include private bathrooms and showers, and a food preparation area with a hot plate, microwave and mini refrigerator.

While GV Wire℠ was touring the facility Thursday, a representative of the Poverello House was showing the property to potential residents who seemed eager to move in.

Fresno County was awarded $14.8 million through the Department of Housing and Community Development Homekey program to acquire the property. Kaiser Permanente provided a $510,000 grant to Enterprise Community Partners to provide funding for operational costs, wraparound services, and technical assistance for the project.

About half of the units have been filled. The Fresno Madera Continuum of Care uses a system to identify potential residents that are most likely to benefit from the on-site training programs.

H. Spees, Fresno’s homeless services director, told council members Thursday that most of the people currently housed at Crossroads Village are city residents. There had been concerns that the resident selection process might not sufficiently address the city’s homeless housing needs. 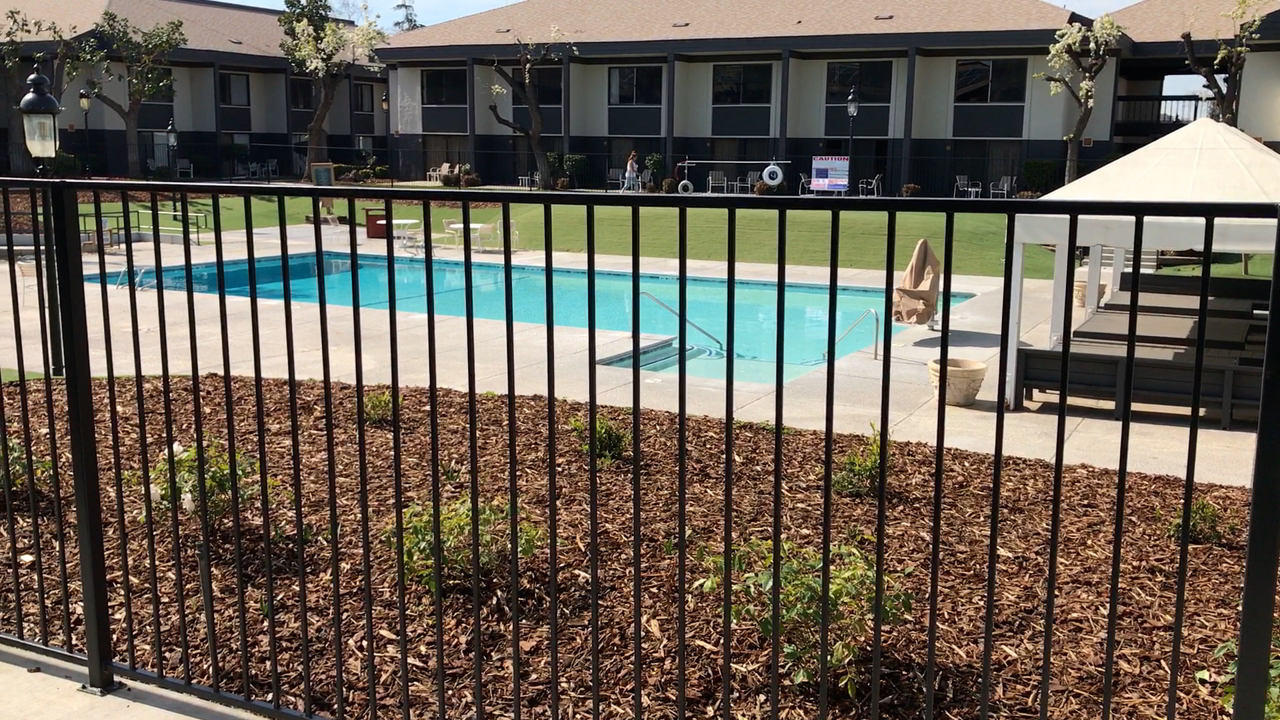 A gated pool is just one of the many amenities at the new Crossroads Village housing complex at Blackstone and Dakota. (GV Wire/Jim Jakobs) 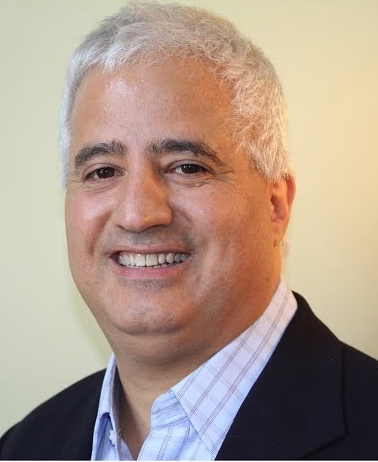 “I think they got the message at that time (about) what we’re looking for.”–AJ Rassamni, Central Blackstone Area Merchant’s Association

The transformation wasn’t without controversy as nearby business owners with the Central Blackstone Area Merchants Association initially spoke out against it. The group’s members were concerned the opening of Crossroads Village would lead to increased crime in the area.

Now, those who previously spoke out feel it has turned out to be a positive addition to the neighborhood.

“I think they got the message at that time (about) what we’re looking for,” says AJ Rassamni who started the association to help infuse energy and optimism to that section of Blackstone. He’s grateful RH Community Builders is housing people that are currently in shelters but have the ability to train for better jobs and ultimately a better life for themselves.

“Next week, we should be meeting one more time with somebody from the mayor’s office to try to implement the plan that we have to clean those hotels from the gang members and from the prostitution,” says Rassamni.

Also in the works is a funding deal to allow Crossroads Village security staff to extend their patrols to a larger area of Blackstone Avenue.

A classroom in the middle of the center provides job training, seminars, resume building, and other skills based programs to elevate residents’ ability to find jobs. (GV Wire/Jim Jakobs)

The location at Blackstone and Dakota is near to a number of potential job opportunities for residents. There are also plenty of amenities close by.

“It’s close to shopping,” says Katie Wilbur, Executive Director of RH Community Builders. “There’s a Wal-Mart Supercenter that’s within walking distance so people can get there.” 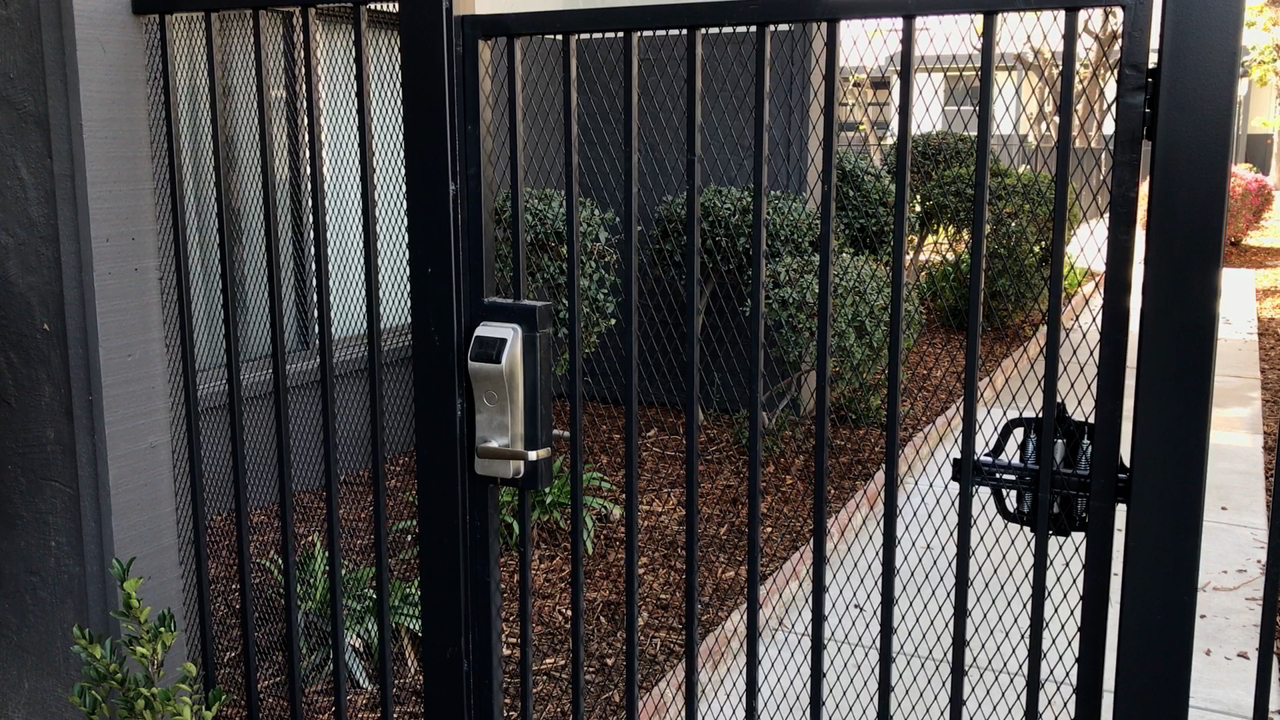 Crossroads Village is equipped with security amenities, including key-activated gates around the property. (GV Wire/Jim Jakobs) 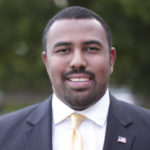 The housing complex includes a training room where residents can take part in seminars and receive assistance with resume building and job skills development.

“We do look for people who have the potential to increase their income so they have skills to get a job or have a job. And we want to help them increase that income,” says Wilbur.

Wilbur says it’s the belief of RH Community Builders that people will feel a sense of dignity and pride from living at Crossroads and will be motivated toward self-improvement, allowing them to ultimately secure housing on their own to free up space for others in need.

City leaders say Crossroads fits into their long-term goals for the Blackstone corridor.

“The vision, in general, for the central & southern portion of Blackstone is to fulfill the vision for mixed-use development that is outlined in the general plan,” says Esparza, who represents the area. “Long term we are working toward a thriving corridor full of commercial, market-rate housing, and traditional affordable housing.”