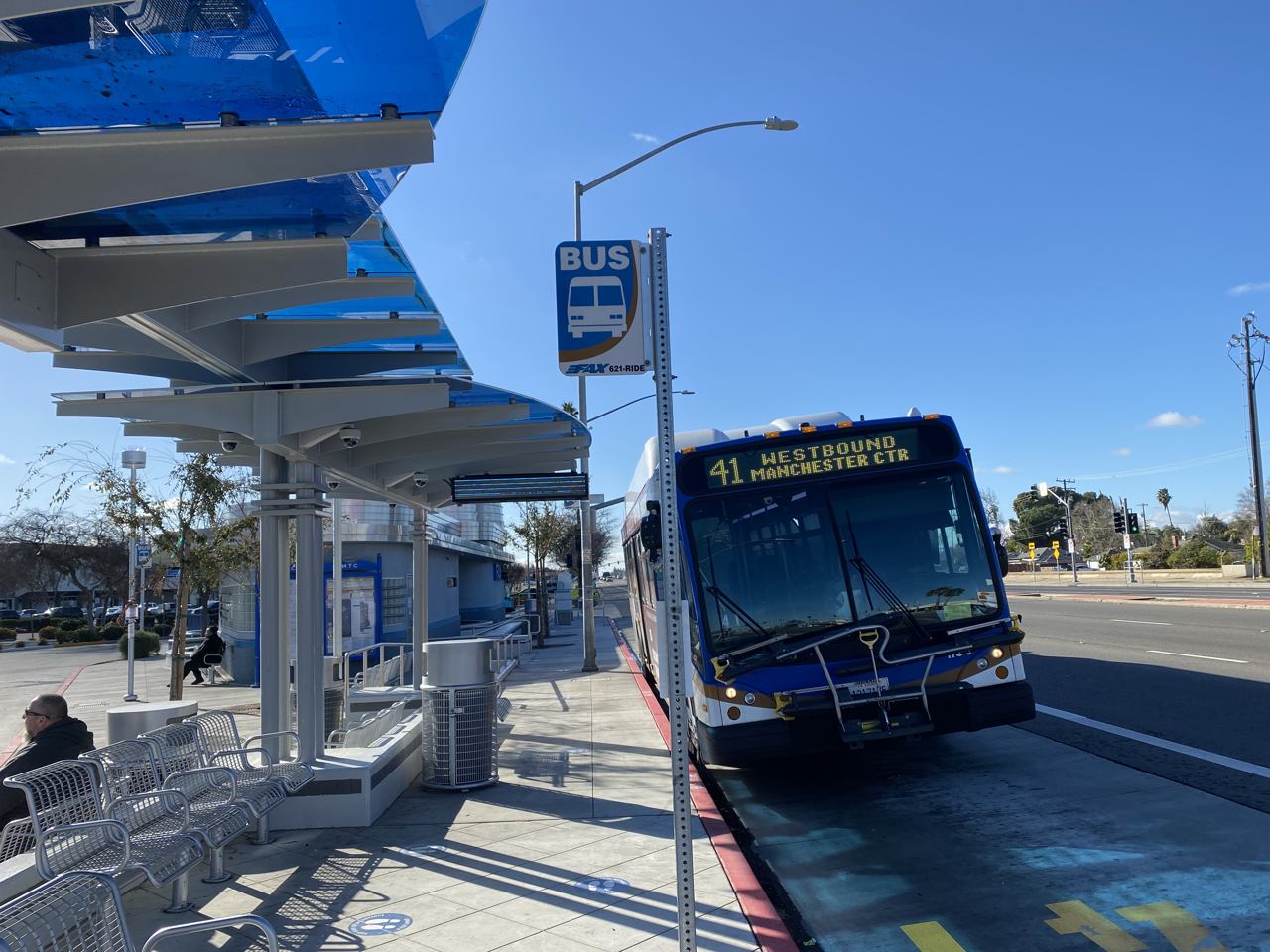 The city of Fresno will no longer charge bus fare starting March 1.

By a 5-2 vote, the city council approved suspending fares until the end of the city’s emergency order.

In a debate that lasted more than two hours, the council discussed how to offset the revenue loss as well as safety concerns raised by city bus drivers.

Maxwell said the city has “(bent) over backwards for wealthy benefactors, powerful developers and special interests.”

“Make that same effort, put in the same amount of work to provide a service for Fresno’s poorest families and poorest communities,” Maxwell said.

“There’s no accountability if there’s not a bus fare to be paid,” Chacon said, adding that she would not feel comfortable letting her sons ride the bus if the measure passed.

Councilman Mike Karbassi said bus driver safety was the reason he voted no.

The ordinance includes a provision prohibiting continuous riding “with no specific destination for the sole purpose of interim shelter.”

Dyer announced he would be restoring police officers dedicated to the bus system. Several were cut during last year’s budget cycle.

“I don’t believe we’re in a position where it has to be either/or, if it’s zero fare or our bus drivers are safe. I think we can do both,” Dyer said.

The city would need to find a way to replace up to $5 million a year in revenue that fares typically bring in. However, because of the pandemic, buses are limited to 10 passengers at a time. Assistant City Manager Greg Barfield said fares only generated $1.8 million as of the mid-year budget point.

Federal stimulus money will be used to backfill fares in the short term.

The resolution’s language indicates that zero fare could simulate the economy.

Councilman Garry Bredefeld, a no vote, challenged the notion.

“There’s no data to support that. This is a false assertion in the resolution,” Bredefeld said.

Bredefeld also hammered home the point that “nothing is free.”

Several supporters on the council countered that the city often subsides private businesses.

He called zero fare “an investment in helping people get ahead.”

One proposal for long-term funding is getting more of a share of funds from Measure C, a regional sales tax dedicated for transportation purposes. Measure C expires in 2027 and would need voter approval if officials want to continue collecting the tax beyond that time.

Thursday’s fare resolution requires the administration to come up with a one-year and five-year funding plan by May 1.

The City Council heard several from several community members who support zero fares, including students and members of non-profit groups.

Evelyn Gamble said many college students like her rely on public bus service.

“I think it’s important to remember what’s at stake here, and that’s giving our youth the peace of mind of how they’re going to get home,” Gamble said.

The fare, currently at $1.25, was called one of the lowest in the state. A reduction, even at that price, can make a difference.

Councilwoman Esmeralda Soria said, “$1.25 may not seem a lot, but it adds up over a period of time.”

Related Topics:FAXTyler Maxwell
Up Next