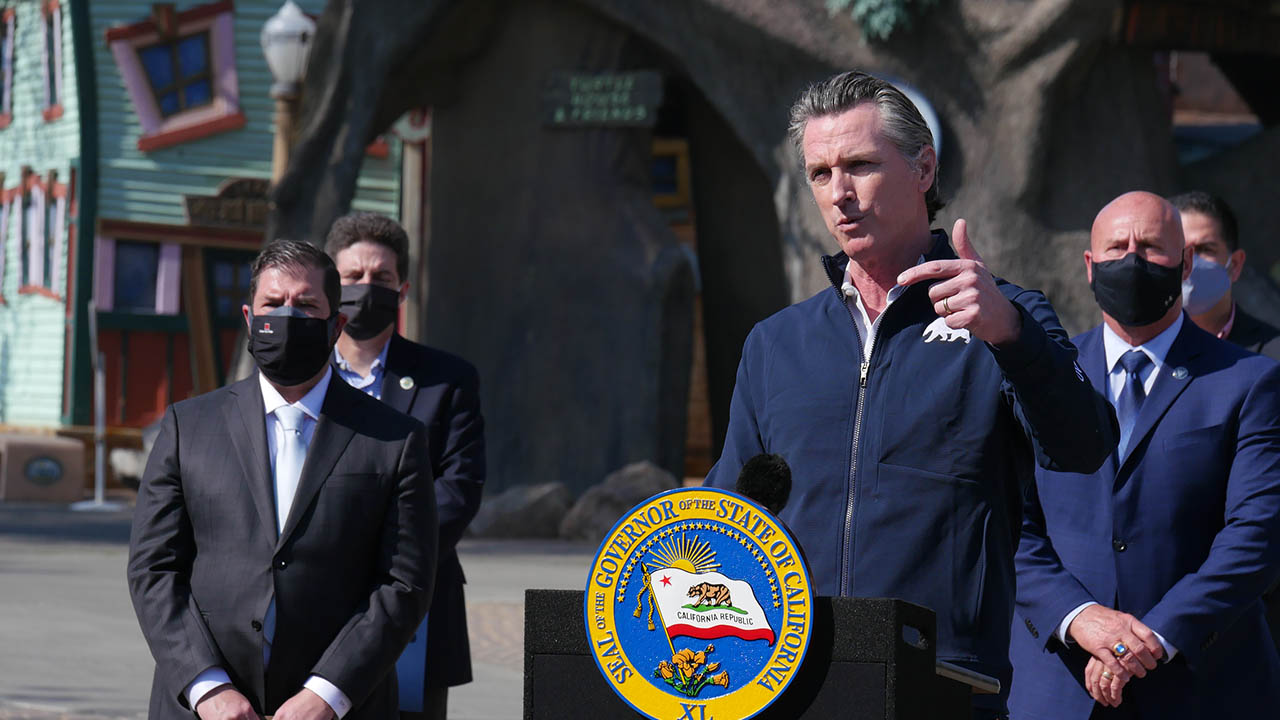 Gov. Gavin Newsom and state legislative leaders on Wednesday announced a $9.6 billion spending deal aimed at aiding some of those hit hardest by the pandemic, with a new round of small business grants, $600 stimulus checks for low-income individuals and more housing assistance for farmworkers infected by the coronavirus.

The plan “will help those who are hurting most,” Assembly Speaker Anthony Rendon said in a joint statement. “We are building an economic foundation for the recovery of jobs, small businesses and, indeed, our everyday lives.”

Lawmakers plan to quickly take up the measure, with votes expected as early as Monday after budget committee hearings starting Thursday.

About 5.7 million people who earn less than $30,000 per year would get one-time payments. That includes people that the trio of Democratic leaders said were unfairly excluded from previous federal stimulus payments under the administration of former Republican President Donald Trump.

Those getting the $600 payments include households that received the California earned income tax credit in 2020. That carries the biggest price tag in the stimulus package, at $2.3 billion.

Cash Payments for Low Income Immigrants and Others

Immigrants and others who lack Social Security Numbers but have Individual Tax Identification Numbers, income below $75,000 and were ineligible for recent federal payments would get $600 — boosted to $1,200 if they also qualify for the California earned income tax credit.

The agreement widens Newsom’s original proposal last month for a Golden State Stimulus plan by also providing $600 to households in the CalWORKS public assistance program, who would receive the money by mid-April.

It also now includes those who qualify for the Supplemental Security Income/State Supplementary Payment for those who are 65 or older, blind or disabled, as well as those in the Cash Assistance Program for Immigrants. The timing of those payments is being worked out with federal officials.

Grants for Businesses and Cultural Institutions

For small businesses affected by the pandemic, the package quadruples to more than $2 billion in money available for grants of up to $25,000. It separately includes $50 million to help cultural institutions.

In January, as part of his budget proposal, Newsom recommended adding another $500 million to the program.

But some state lawmakers of both political parties thought that was too small, given the large demand for the program, and more half the 120-member Legislature signed on to a proposal to put $2.6 billion of California’s unanticipated revenue into one-time grants for small businesses and nonprofits.

“This path toward victory proves that when legislators cross the aisle and work together on our most pressing needs we can get things done,” said GOP Sen. Andreas Borgeas, who helped organize lawmakers’ appeal for more money.

Newsom originally used his emergency powers in December to create the California Relief Grant program, promising grants of up to $25,000 to small businesses and nonprofit organizations.

The state quickly received more than 334,000 applications asking for nearly $4.4 billion in grants, but approved 21,000 applicants, or just over 6% of those who applied. More than half went to minority owned businesses.

Also under the new plan, more than 750,000 small businesses would be able to deduct on their state taxes up to $150,000 in loans they received under the Paycheck Protection Plan. The same ceiling would also apply to firms that received Economic Injury Disaster Loans, amounting to a combined $2 billion in tax cuts.

About 59,000 restaurants and bars would separately get two years of waived annual license fees that can range from $455 to $1,235. More than 600,000 barbering and cosmetology individuals and businesses will also be able to keep their usual licensing fees for two years.

“People are hungry and hurting, and businesses our communities have loved for decades are at risk of closing their doors,” Senate President pro Tempore Toni Atkins said in lauding the agreement.

Finally, it includes a fresh $24 million for a program that puts farm and food processing workers up in hotels if they contract the virus and have no place to isolate, Newsom said earlier in the day as he spoke at a community vaccination clinic in the Coachella Valley, a region that’s home to many farmworkers.

“It’s candidly been underutilized, and we recognize that,” Newsom said of the farmworker housing program. “And the purpose of this new appropriation is to maximize its effectiveness.”

The governor’s visit to the Coachella Valley was his latest stop in a tour around the state to highlight vaccination efforts as California’s virus numbers continue to improve. The state’s test positivity rate, hospitalizations and deaths are all down, and the rate of people spreading the virus to others is now at its lowest in months.

California has now administered more than 6 million vaccines, but the rollout has been slow and rocky and demand continues to far exceed supply. The state is in the process of shifting to a new distribution system run by insurer Blue Shield, which will take some decision-making power away from counties.