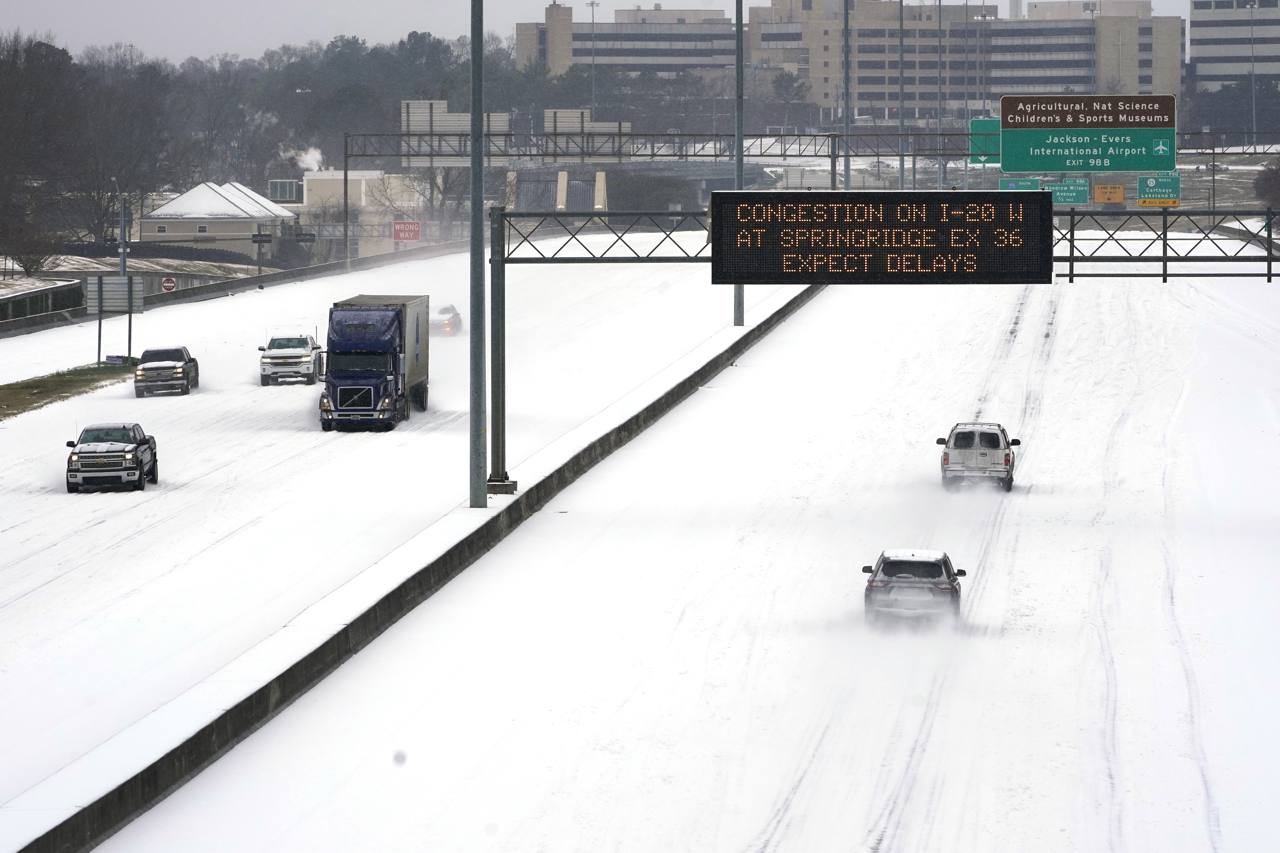 The icy blast across much of the U.S. injected more confusion and frustration into the nation’s COVID-19 vaccination drive Wednesday just when it was gathering speed, snarling vaccine deliveries and forcing the cancellation of countless shots around the country.

Across a large swath of the nation, including Deep South states like Georgia and Alabama, the snowy, slippery weather either led to the closing of vaccination sites outright or held up the necessary shipments, with delays expected to continue for days.

In New York, Mayor Bill de Blasio said doses expected this week were delayed by weather elsewhere in the country, forcing the city to hold off making 30,000 to 35,000 vaccination appointments.

One public health expert said the delays were unacceptable.

“Having vaccine centers take snow days is just going to back things up more than they already are,” said Dr. Amesh Adalja, senior scholar at the Johns Hopkins Center for Health Security. “The virus doesn’t take snow days.”

Adalja said people in charge of vaccination efforts must find ways to be more resilient to weather, “just like mailmen can deliver the mail through sleet or snow.” He suggested clinics use better contingency plans. The goal, he said, must be “a continuous assembly line of vaccines going into people’s arms.”

Jo Dohogne of Bartlett, Tennessee, said she scheduled two appointments this week to receive her second dose of the Moderna vaccine, but both were canceled because of poor weather.

Dohogne, 75, who has multiple sclerosis, said she felt left in the lurch as the six-week mark for her second dose approached following her first vaccination on Jan. 14.

“I’m just stressed … it’s just like this is taking up my entire life,” Dohogne said.

After her appointment for a vaccine on Saturday was canceled, Dohogne said a neighbor’s friend has been helping her navigate the vaccine enrollment process. But with no word on when she can get her second shot, Dohogne said she is “just frustrated and stressed.”

In Washington, White House COVID-19 coordinator Jeff Zients said that in places where vaccination venues have been closed, like Texas, the government is encouraging sites to increase their hours once they are open.

“We want to make sure that as we’ve lost some time in some states for people to get needles in arms, that our partners do all they can to make up that lost ground,” he said.

Some shipments of the vaccine made by Pfizer were delayed in the South because of the bad weather, but the company was unaware of any vaccine spoilage, said spokesman Eamonn Nolan. Pfizer’s vaccines, which must be kept frozen at minus 94 degrees Fahrenheit, are shipped with dry ice in temperature-controlled containers that last up to 10 days unopened.

In southern Nevada, officials reported that the winter storms had delayed a shipment of Moderna vaccines scheduled to be administered as second doses this week.

The U.S. is vaccinating an average of 1.7 million Americans per day against COVID-19, up from under 1 million a month ago. New figures from the White House show a steady increase in the pace of vaccinations over President Joe Biden’s first month in office.

Much of the increase, according to data from the Centers for Disease Control and Prevention, comes from people receiving their second dose. The pace of first-dose vaccinations has been largely steady over the past several weeks, hovering around an average of 900,000 shots per day.

Biden is on track to blow past his goal of 100 million shots in his first 100 days in office — though the pace must pick up even further to meet his plans to vaccinate nearly all adults by the end of the summer.

The White House also said the government will ramp up genetic analysis of coronavirus samples from around the country to gain information on where more infectious and potentially deadlier mutations may be spreading.

In the face of frustrating delays, some people showed remarkable persistence. Fran Goldman, 90, of Seattle, told The Seattle Times she walked 6 miles round trip in the snow to get her vaccine.

Goldman said that after much effort, she had finally secured a slot for Sunday morning, but on Friday and Saturday a strong storm moved through, filling streets with snowdrifts.

Goldman dressed in fleece pants and threw a few warm layers over a short-sleeve shirt so that the nurse could get to her arm easily.

“It was not easy going. It was challenging,” she said. She made it to her appointment, just five minutes late.

In other developments, Pennsylvania is facing a temporary shortage of second shots of the Moderna vaccine after providers inadvertently used them as first doses. More than 100,000 people may have to reschedule their appointments.