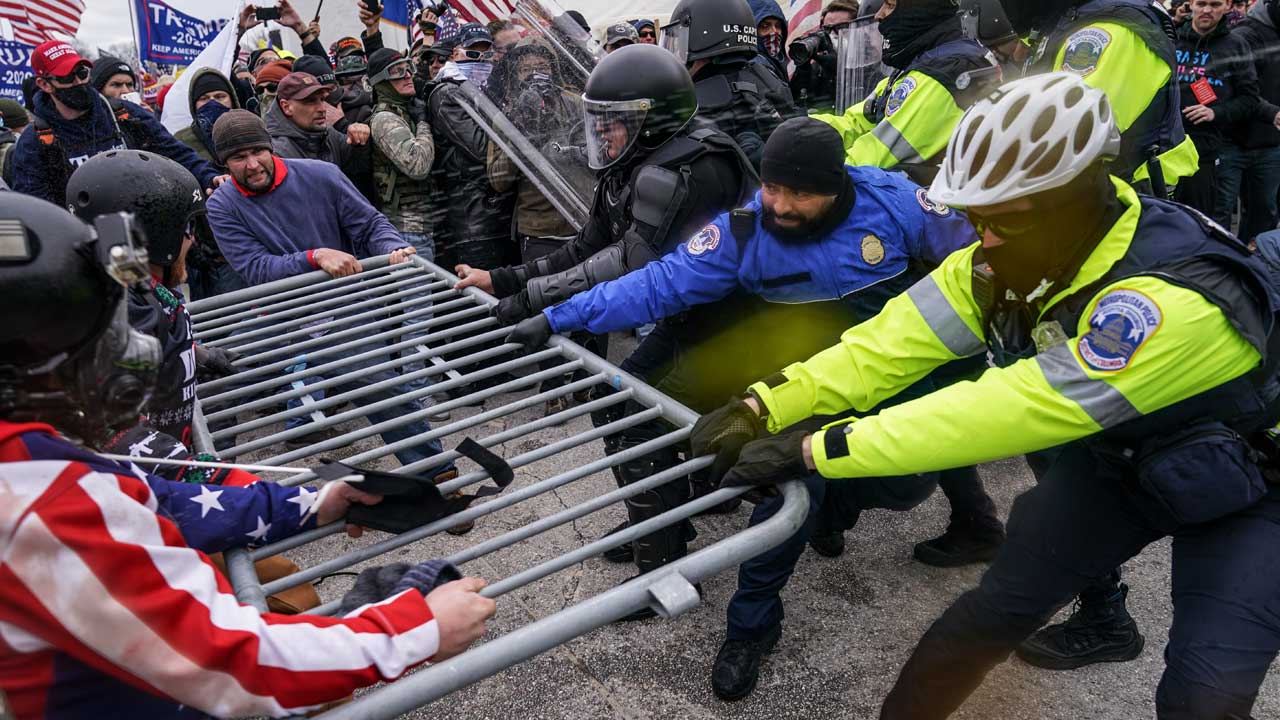 Sierra Unified School District trustees voted Monday to remind Trustee James Hoak Jr. of his increased visibility and responsibility to act with professionalism and decorum as a member of the School Board.

But despite calls from some community members for more serious action, the board decided not to censure Hoak for his participation in the events of Jan. 6 at the U.S. Capitol that left five people dead and caused lawmakers to flee from armed rioters disputing the election loss of then-President Donald Trump.

The board action, which passed by a 5-2 vote with Board President Connie Schlaefer and Trustee Ben Kimbler voting no, stated that Hoak was exercising rights of free speech and assembly as a private citizen and was not acting as a representative of the foothill school district when he livestreamed the demonstration that devolved into violence. Hoak’s videos do not show him engaging in violence or vandalism, or entering the Capitol building.

The trustees all said that Hoak broke no laws by being present at the Capitol, and some added that as a new board member — Hoak was elected to his first term on the board in November — he may not have been familiar with board rules that set standards for trustees’ behavior.

The board was presented four action items to consider, with options that ranged from a neutral finding that Hoak was exercising his rights as a U.S. citizen, to an action finding that Hoak’s involvement in the Capitol riot was “an extremely bad judgment call.” The board also had two resolutions to consider, one a censure of Hoak and the other reminding all trustees of their responsibility to model professional and dignified behavior.

Related Story: School Trustee Who Was at Capitol Riot Faces Possible Board Censure

Schlaefer and Kimbler were in the minority of a 2-5 vote on another proposed board action that would have acknowledged that videos shot by Hoak showed him on the Capitol balcony and making rationalizing statements about the violence.

Schlaefer said Hoak crossed the line when he crossed barricades and then climbed ladders outside the Capitol.  “… To be where bad things are happening, which you captured on tape, that’s not the right place to be,” she said.

The action that the board approved initially stated that although Hoak had been on the board fewer than 30 days, he should have been aware of the visibility and significance of his elected position when he was at the Capitol. Trustee Cortney Burke removed some of the onus from that board action with an amendment saying that “as a result of his actions and the public’s response, Member Hoak has been made cognizant” of his higher profile in the community.

Hoak had a number of defenders who spoke out during the meeting, calling the backlash to his involvement at the Capitol a “witch hunt” and saying that he was being “hammered for being a conservative.”

But others said that Hoak’s language and actions at the Capitol and his social media postings have raised many concerns and could cost the district the funds it needs to operate if parents decide to move their children into other school districts.

Under state law, a recall of a local elected person may not commence until the person has been in office for more than 90 days.

Shauna Actis said she isn’t upset with Hoak over his conservative politics, but over his participation in the “siege” of the Capitol, which included his recording of the beating of a Capitol police officer.

“Is this what we want to teach our children, that when they question an election result they have the right to storm the principal’s office and demand the election be overturned?” Actis said. “When they get frustrated with an overbearing dress code or restricted freedoms, are they then within their rights to vandalize the school? This is the lesson Trustee Hoak is teaching them.”