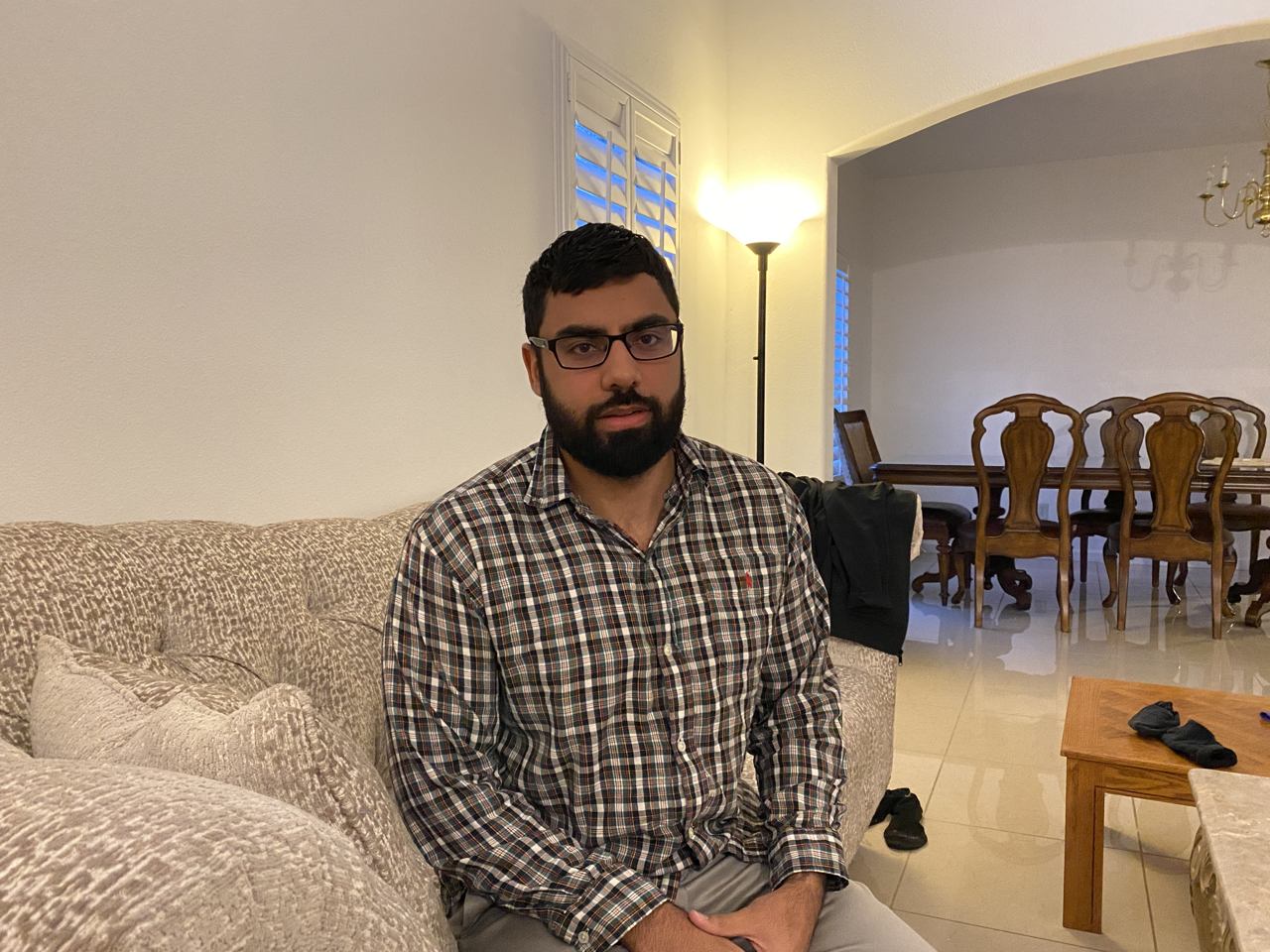 The Clovis City Council candidate police say stole his opponents’ signs is unapologetic and feels he was justified for doing so.

After an early morning arrest on Thursday, Clovis businessman Herman Nagra was taken to jail. He eventually bailed out and spoke to GV Wire℠ at his home.

“This is dirty politics. What is happening is they are trying to silence me because I expose corruption,” Nagra said. “The accusation of stealing signs — that’s not true.”

The corruption, Nagra alleges, is developers paying off councilmembers to approve their projects.

Nagra, 31, faces a felony grand theft count for allegedly stealing signs belonging to others in the race — incumbent Vong Mouanoutoua and businesswoman Diane Pearce. Signs were removed from multiple locations between 1 a.m. and 2 a.m. on Tuesday morning.

Nagra is one of five candidates running for two City Council seats in a March 2 election.

Nagra says he spoke with business owners asking if other candidates had permission to put their signs at their locations. They told him they did not, he says.

“When they did not, I removed them and put them in a trash pile,” Nagra said.

One of those locations is a Johnny Quik convenience store run by his uncle, according to Nagra.

But, Nagra did not have direct permission to remove the signs, either.

“They didn’t explicitly say you can take them. But what they did say is that person doesn’t have permission to have them here and we don’t want them here. I helped them by removing them,” Nagra said.

He felt justified, he said, because waiting for city code enforcement staff to remove illegal signs would take too long.

Not Concerned About How Arrest Will Look to Voters

Nagra says he’s not worried that his arrest could cast him in a negative light with voters.

“I’m happy that it’s being publicized, because I’m exposing the corruption from the city level of favors being bought by builders and the defunding of the police department, by the incumbents,” Nagra said.

He said voters will understand his motives.

“I don’t gain anything. I can’t resell those signs. They have no value to me,” Nagra said. “I do believe that voters know that politics are dirty and I’m the only person that’s not connected to any political party or organization.”

By removing the signs, which he said were illegal, he feels he was providing a service.

“I was helping the city save money on code enforcement and having to remove those signs by personally putting them in a trash pile,” Nagra said.

He didn’t think he affected his opponents’ visibility because, he says, they have received thousands of dollars in contributions from builders.

The next round of campaign financial disclosures is due Monday. Candidates currently have to report any contribution of $1,000 or more within 24 hours.

Nagra is the only candidate to file a form saying he does not plan to raise more than $2,000.

The two incumbents also started with large war chests. Ashbeck carried over $85,515 from previous fundraising; Mouanoutoua had $110,000 in the bank. The starting totals represent what was collected through the end of 2020.

Clovis police arrested Nagra after Mouanoutoua reported his signs had been stolen. Police say a total of 42 signs valued at $1,200 were missing.

Police reviewed city video cameras and obtained the license plate number of a suspect vehicle. The video showed two suspects taking down signs and placing them in the back of a pickup truck.

A search warrant was issued, and police searched Nagra’s home Thursday morning. The stolen signs were found in his backyard, police said. Nagra said the other person with him was man he knew from a gym he belongs to.

About 20 officers arrived at Nagra’s home around 6 a.m., dressed in camouflage and armed with machine guns. Nagra didn’t understand why there such a response was necessary.

Instead, Nagra wished the police chief would have given him a call to explain the situation.

“Instead of doing what is civil, (my opponent) did the complete opposite to try and make me look bad, to try and gain something out of this, to try and hurt a local small business owner,” Nagra said.

After his arrest, Nagra sad he declined to request an attorney and admitted to taking the signs.

“Anytime we serve a search warrant, this is standard procedure,” Munro said.

Nagra said he has an April 8 court date.