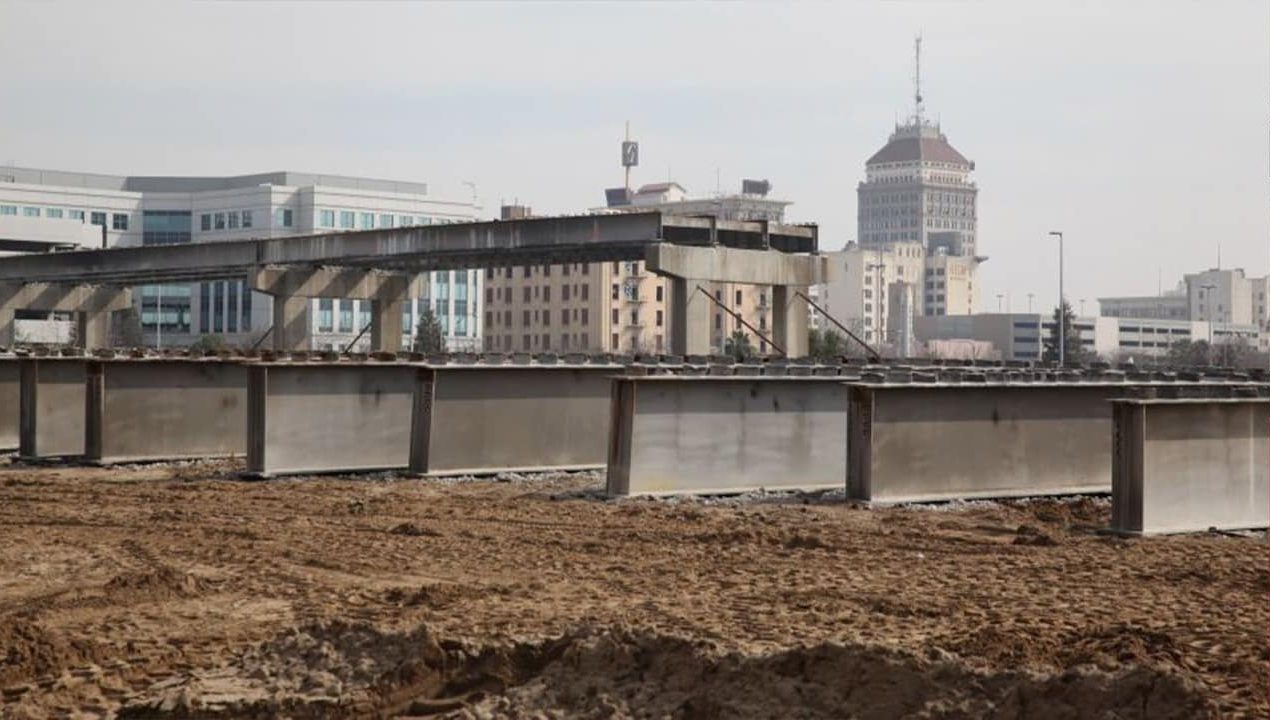 Mayor Jerry Dyer wants to expand the city’s business office to include speakers of languages beyond English and Spanish.

That could include hanging out the “Pab Hmoob Rov Qab Qhib Lag Luam” sign — Hmong for “Helping Hmong Businesses Open.”

“I’ve asked our city manager to expand our hiring of the economic development department for that department to grow and to be very diverse,” Dyer said.

Addressing the Fresno Area Hispanic Foundation on Wednesday morning, Dyer said that would mean bringing on business experts who are fluent in Punjabi and Hmong to reach out to those communities.

“We want to make sure that it is that we’re doing our part to do the outreach and that we have the capacity to be able to help local businesses,” Dyer said.

Dyer also talked about some of his programs including Project Off-Ramp, Beautify Fresno and the economic development of downtown.

With the Biden administration in charge, Dyer said Fresno is poised to become home to the first high speed rail station in the nation. That could happen in seven years.

Dyer also spoke excitedly about a Zoom meeting on Tuesday with the Dalai Lama.

“That is an incredible experience to be able to sit there for an hour with him, interact the question and answer and to hear his wisdom,” Dyer said.

The call was part of a U.S. Conference of Mayors event.

“The thing that stood out to me is the fact that he kept saying oneness, unity, oneness, unity, we’re all human beings. We may be many countries in many nations, but we’re one. We’re really one,” Dyer said. “That’s what we have to come to in Fresno, this this One Fresno philosophy. And that means it’s going to require us to listen to each other.”

Dyer said this can be a lesson to stop the political attacks Fresno politicians are sometimes known for.

Last night I got to listen to @DalaiLama for a ‘Conversation on Kind and Compassionate Leadership’ at the 89th Winter U.S. Conference of Mayors.(@usmayors) What an honor. #compassionatecities pic.twitter.com/j2z8zaRb3r

The cycle to run for Congress never ends. Weeks after the start of the 117th session started, candidates are lining up to run for Central Valley seats in 2022.

Now, former Fresno Councilman Chris Mathys — who represented District 2 from 1997-2001 — has announced he will run as a “conservative Republican.” He ran for Congress in 2020 while living in New Mexico, but failed to advance beyond the Republican primary.

Mathys said he is “appalled” by Valadao’s vote to impeach President Donald Trump. Announcing this week and seeking a rematch against Devin Nunes (R-Tulare) is Fresno businessman Phil Arballo.

“Devin Nunes is a traitor that has gone from turning his back on Central Valley families for two decades — to now betraying our nation. He must be held accountable for his acts of treason with Donald Trump against our Democracy,” Arballo said in a news release.

Nunes won handily last November with 54.2% of the vote. He also easily won the fundraising battle, $26.3 million to $5.1 million for Arballo.

However, the boundaries and district numbers might change as part of redistricting as part of the 2020 census. Based on population shifts, California could lose a seat. An independent state commission will analyze population data to redraw the lines. In his prior terms in Congress, Valadao supported resolutions recognizing the Armenian Geocide.

“(M)y fight on behalf of my Armenian-American constituents must continue. Armenians living in Nagorno Karabakh recently faced attacks from Azerbaijani forces in violation of their decade-old ceasefire agreement. This kind of aggression is unacceptable and must end immediately,” Valadao said in a news release.

“The fact the Congressman Valadao was named to the powerful House Committee on Appropriations earlier this month – which controls all federal spending – will make him an even more important ally for the U.S. humanitarian aid package we are seeking to secure for the heroic people of Artsakh,” ANCA chairman Raffi Hamparian said.

— Fresno Republican is a Longstanding Congressional Champion of Artsakh and Armenian issues.

Pictured: At ANCA-Fresno event (left) and in Artsakh (right). pic.twitter.com/amedhtujPC

Nearly All Votes Counted in November

Only 1.37% of Fresno County votes were rejected, according to statistics from the Secretary of State.

More than 3,500 ballots were turned away because of a mismatched signature, the top reason why votes may not have counted. Ten people forgot to include their ballot inside their returned election envelope.

Statewide, 99.44% of all California votes were accepted. November was the first election where every single voter could return their ballot in a pre-paid envelope.

California also allows voters to register all the way through Election Day. Fresno County saw 8,478 voters register in the last 15 days of the November 2020 election.

The late registration was relatively even among the major political parties — 2,814 Democrats; 2,600 Republicans; and 2,486 no party preference.

California Man With Cache of Pipe Bombs, Other Weapons Charged by Feds